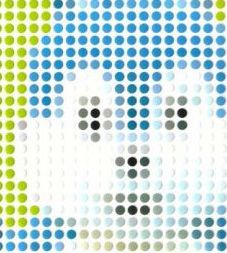 When you meet somebody for the first time, there is always one thing that everybody has trouble talking about and it is not the truth behind the Jesus face in toast.

Thats right, it is the dreaded “what type of music do you like?” I asked a selection of people at a Wedding I attended a few days ago and below are the top 3 choices that people went for:

1) I like anything really.
2) I am still old school… Nu-metal like Linkin Park.
3) Fred Durst is all I need in my life and without him I would curl up and die behind the biscuit crates at my job at Poundland.
* any of these options make me feel a little ill!

But wait a minute, one of my favorite genres is no where near the top 3… Picopop!

For those people who haven’t heard of this, don’t worry this is what Wikipedia hs to say about it:

“Picopop is a type of electronic music, that can often be seen as the Japanese equivalent of electropop.

The name derives from “pikopiko” (a Japanese word to describe the bleepy, dreamy style of 8-bit techno) and pop.

Correspondingly, the style is characterised by the prominent and ingenious use of electronic instruments and effects with an often frantic, fun, pop style.”

Who are the kings of this genre then? No other then the duo behind Japanese band Plus Tech Squeeze Box.

By using synthesized sounds and heavily-manipulated samples from a variety of sources, including 1950s jazz and big band recordings they really do make your feet tap.

They made their debut frenetic album Fakevox in 2000, which sold in Japan like any Take That album would in England. These fun beats actually managed to reach Britan finally in 2003 on the highly underestimated show, Adam and Joe Go Tokyo:

As you can see even the live performance is over the top but fantastic and cheerful, with the added extra of the ‘Grinder Men’ firing orange balls into the happy crowd.

Yes this is a very ‘sugary to the point of making the next few trips to the dentist terrifying‘ as Ross at keep it fast would put it, but you just can’t help thinking this is not just another band you hear down from the pub when you are at the fish and chip shop.

From the 1950’s comic advert sounds of the intro “Channel NO.17” to the fast hyper-happy guitar, 8-bit sounds of “Sneaker song!“, this has to be heard to be believed.

All the tracks are sung by the sweet voice of Junko Kamada and everything else by Tomonori Hayashibe and Takeshi Wakiya.

Sadly Junko left soon after but replaced by endless female vocals for their second album “cartoom” which came out in 2004.

Above is one of the highlights of ‘Fakevox’, the mighty jump tastic “test room”

The team are still together and not even Uri Geller can predict what they are cooking up next.. Perhaps Bez could help?