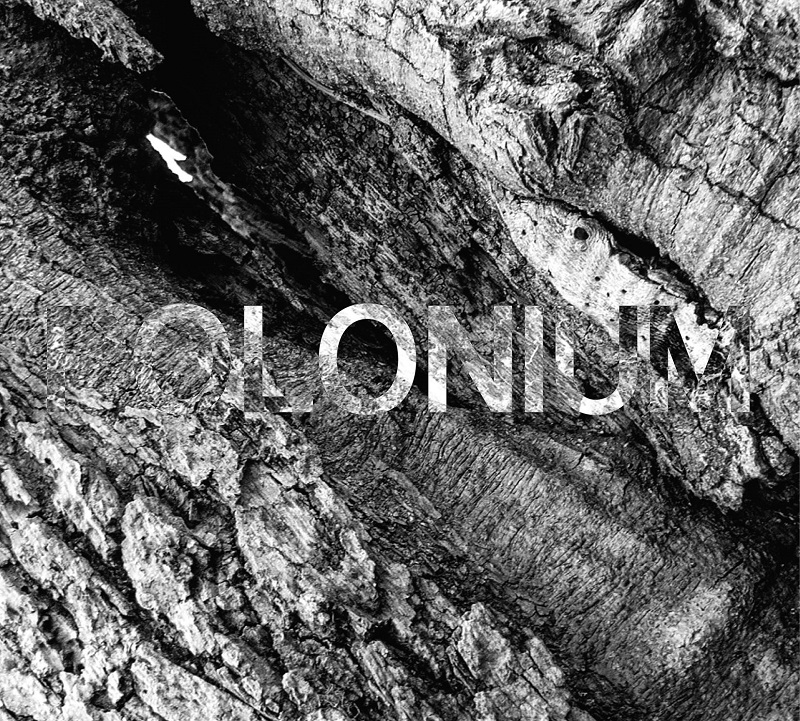 “My time is here to stand and suffer the state. but I am wracked in my pathetic sorrow.”

When reading the song titles on Seraphim, you can tell there’s a serious amount of dissatisfaction and boiling anger present within Polonium. This is a very good thing. Before The Austerity Program infected the world with their cynicism, guitarist Justin Foley, bassist Thad Calabrese and a drum machine existed as the entity known as Polonium.

Originally started as a not-serious metal band, Polonium were heavily influenced by Coventry’s Bolt Thrower, specifically, the album The IV Crusade, (and I apologise for linking to a version that sounds like it’s been recorded on a Nokia 3210) due to the relentless double-bass drumming and as Justin pointed out to me in an email correspondence, it does sound a bit like a typewriter – very treble-y in places. Seraphim is a collection of the best songs from two sessions around 1993-96, re-recorded in 2013-15 by Foley and serves to bridge the gap between Beyond Calculation and the next Austerity Program record.

There’s a sinister amount of callousness poured into the devastating bombardment that thunders forth from Bastard, the first track from Seraphim. It’s laced with spite, seeping forth like an oozing pustule, loathing and bitterness. The in-human rattle of the drum machine never lets up; it’s a rickety, direct and taunt double-bass attack, whilst Foley, (who has steadily been reaching new levels of delirium) is now bellowing the words “My clothes are soaked with a liquid, the wound on my leg burns with salt…” as our protagonist is claimed by the ocean, swallowed in the salty, murky depths. There’s almost zero-tone to the guitar, which chugs and retches filth riff after filthy riff, letting the spoken-word frenzy take control, alongside the icy and alienating percussion.

The squealing rattle of Paleface feels more like a build up than an actual song – the robotic beats growing more impressively despondent and heavier, colliding together like some ghastly montage of a series of road traffic accidents that have all been played together at the same time, metal crunching and reforming into new twisted shapes with each new brutal contact. The bass- thump around the three minute mark is a hypnotic descent into a corrosive world and continues until final exhaustion.

Kids On Top is the most Austerity Program track on Seraphim; showing signs of what is to come for Foley and Calabrese. The rhythmic stop-start pattern sets it apart from the bludgeoning avalanche of the previous tracks, and the noise-trash of the mid-section, completed by the creaking, Melvins-esque bass twang is sickeningly good. The creeping dread of Nebbish perfectly draws up visions of the song’s dark and hostile lyrical content – essentially, that of a man bound and gagged in a basement awaiting his own execution. The way the drum machine creaks and lurches at the beginning from this trickling roll, drawing to mind the captive man’s futile struggles, whilst the marching chugging, guttural stomp as the track kicks in, juxtaposed with Foley’s monotone of: “I push the magazine in and lock it. Safe, load…” is thoroughly disturbing, yet you cannot turn away. Foley lists everything that’s happening, as if recounting the events in some police interrogation, confessing all to tape. The most significant part is his shuddering, hacking cough and groan of disgust, as the drum machine plays on, hammering out this unrelenting caterwaul as the sludge-rock riffs rain down.

As the opening lurch of the riff on Angry kicks in, you know this is going to be an uncomfortable ride – for over 5 minutes, this splintering, erratic pound of silt-coated mulch of metal and punk lumbers along, oozing with menace and loathing. There’s an early-Nine Inch Nails industrial thump to this, that skirts around the tripping electronica, sacrificing it for the throaty and disturbing gargle of a bass that has never been cleaned, whilst a huge flaming sign is erected, reading “ALL DEAD,  DO NOT ENTER” as the drumming gets progressively faster and more unhinged in the song’s staggering coda.

“I spent the 12 best years of my life behind a desk staring at a pile of papers rising up…” chants Foley on the scuzz-metal fervour of Tuberculosis, which builds into a heavy block of throbbing, barely impregnable noise-rock hate. “I spent the best years of my life and now they’re gone” he intones, reaching the kind of inevitable and hopeless conclusion as this industrial, mechanical pound of unavoidable destruction rampages forward. The apparent bleakness of Homesteader creeps up on you and it only really sinks in how morbid and resentful it is as it begins to engulf the senses through those scraping, churning riffs that seethe and spit through the mesmeric drum patterns that overlap and devour each other.

We’re nearly at the end now and with that, is the last stanza on the brutal grind-churn of final track, Bali Hai, which reads:

DUDE. Then that guitar kicks in again and it sounds like it’s shrieking in horrific pain as the dirge, the unremitting descent into madness starts to take hold. No tour, no interviews – just pure power in a form that will inspire, terrify and intrigue in equal measure.