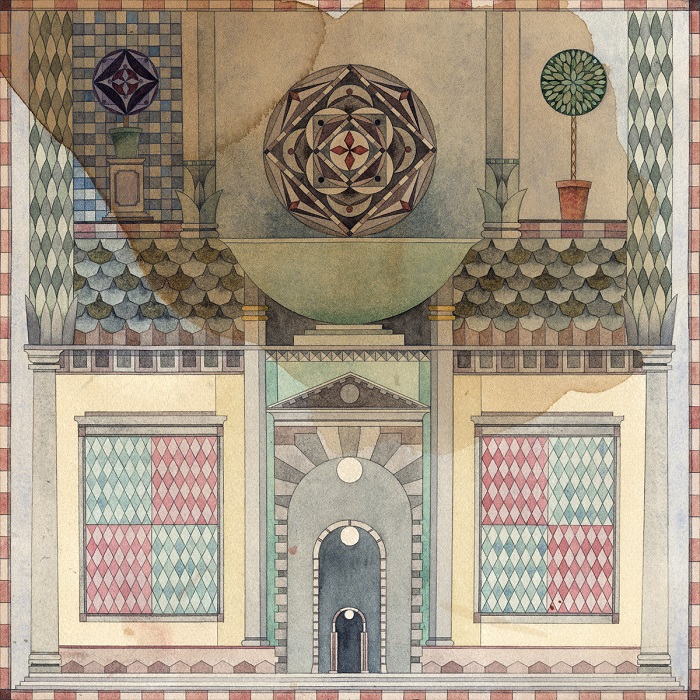 You’ve got to admire the guts of these Swedes. Returning/reforming back in 2012 for some shows, which from all accounts from everyone who was lucky enough to see them have been “the best band I’ve ever seen.” Then the announcement of going into the studio to record some more songs. Holy. Shit. Now, this is a tall order for a band like Refused who, after their acrimonious demise back in 1998 (a disastrous U.S. tour, disillusions with the music industry) became somewhat champions of the cause and The Shape Of Punk To Come being a milestone album in punk rock, hardcore and metal (and often still rightfully regarded as the greatest punk rock album of all time).

Could you imagine wanting to go back into the studio after all those years to do a follow up? It takes massive, massive balls to do that. Looking back at the legacy and the impact of their last record; an unholy combination of punk, hardcore, jazz, electronica, drum and bass and samples from Apocalypse Now, alongside vocalist Dennis Lyxzen’s anti-capitalist rants and staunch non-conformity – that’s a somewhat terrifying prospect. But not to Refused, who, have seem to have shouldered that burden and discarded it at the door, picked up their instruments and said “so are we fucking doing this, or what?” Freedom, then – how does it shape up? Well, for the most part it’s just as experimental as their 1998 magnum opus, but in different ways and for different reasons.

“They scale the walls, their minds deranged..” hisses Lyxzen on barnstorming opener, Elektra – a track that crackles and writhes with huge, Tool-esque metallic guitar clashes and teeth-shattering intensity and denseness. Whilst it doesn’t crackle with the scrappy, brutalised guitars like that on TSOPTC, it’s still unashamedly Refused and retains their vibrant, untamed energy. Subtle undertones of zombie-slave conformism shine through, especially the hopelessness of the words: “into the rabble, the panic seeps, one target hisses, another weeps…” and Lyxzen’s banshee/guttural shriek of “NOTHING HAS CHANGED” will soon make you realise that even though it’s been 17 years, Refused still know how to bring the party. Can I scream indeed.

“I clutch the worn out year of my birth…” rumbles the low-end, distorted vocal monotone on Old Friends/New War; kicking Freedom into a new and stranger gear. Elektra seems vanilla compared to what happens next. A mix of tribal drum patterns, erratic acoustic guitar strumming, spaced-out guitar whines, Lyxzen’s vocals drastically changing from a melodic croon to his ragged shriek, ragged, suffocated breathing and a sense of panic. The structure is shattered into pieces and glued back together in such a way, you have no idea what Refused are going to throw at you next. Things regain some normality (or what normality a band like Refused have) with the vicious buzz-saw splatter of Dawkins Christ, which harks back to the days of 1998, by being both antagonistic, dense, claustrophobic and retains their typical, blistering anger and raging revolt.

Lyxzen’s banshee/guttural shriek of “NOTHING HAS CHANGED” will soon make you realise that even though it’s been 17 years, Refused still know how to bring the party…

“Exterminate the brutes! Exterminate all the brutes!” chant a bunch of kids on next track Francafrique. I check that my CD is still Refused and is still the album Freedom at this point. I mean, why shouldn’t it be? From scouring the comments on all the tracks on Freedom on their last.fm pages, which seem to nearly all consist of people saying “what the fuck is this?” it seems Refused have achieved what they set out to do and create an album that NO ONE would think they would create. Francafrique is a weird funk-rock hybrid; Lyxzen spits his lyrics in a faux-rap tirade, whilst the backing vocal croons of the track’s title, the abundance of brass alongside the high-pitched robotic-murmurs of “Murder, murder, murder, murder…” that are then replaced with Lyxzen bellowing “KILL! KILL! KILL!” just add to the bizarre circus act of tomfoolery. “Just another word for genocide” – indeed.

They go by way of the Swami on the Rocket From The Crypt-aping War On The Palaces, which is all punk rock meets a horn section, blasting out seriously infectious and zealous grooves via a hardcore throwdown. Credit to drummer David Sandstrom who batters his kit to tiny pieces on this (think massive tribal blast-beats) and nearly every track, trying to emulate the kind of punishment METZ drummer Hayden Menzies inflicts. “LET’S CARRY, THE DEAD! LET’S CARRY THE DEAD!” chants Lyxzen whipping up a rabid frenzy and even manages to get a John Reis-grunt in for good measure. If they come over here, they better bring some fucking trumpets that’s all I’m saying. Can you imagine New Noise with a brass section? The stuttering staccato beats on Thought Is Blood build into a riff-soaked barrage of metallic punk with the shout “I’M REBORN AND BORN AGAIN!” (possibly a reference to the band’s resurrection?) – a passionate and cathartic assault.

Refused sound eerily similar Rage Against The Machine on the bass-heavy thump of Destroy The Man; a volatile, antagonistic slam of Zach de la Rocha spoken-word chants, rallying the supporters, whilst the raw, scrapeb of the metallic guitars will throw you back to a time when you could quite happily chant, “fuck you I won’t do what you tell me.”

366 should really be named The Shape Of Punk To Come Part 2: it’s the long, long LONG awaited sequel, featuring a familiar, spiralling, kaleidoscopic riff – albeit with lyrics that deplore the hopelessness and cruelty of the sea, talking of bodies, drowning and sacrifice to the unforgiving ocean. This is the closest Refused get to their 1998 self, and it’s a raging, statement of loss and a lack of salvation. Servants of Death sounds like Atari Teenage Riot gone more digital and less white-noise-ear-mashing pandemonium – it kind of sounds like a track by The Rise (which is fairly hilarious if you think about it) with that added Daft Punk funk-electronic coating and another uneven, ungainly structure that seems to suit their sound on this roller-coaster of an album.

On Refused are Fucking Dead the Swedes voiced the sentiment “we express ourselves in loud and fashionable ways.” Freedom essentially does this. There’s no way this was going to be the same, this is progression that will probably cause barriers to be thrown up from the die-hard fans. However, it’s no less different or weird from The Shape Of Punk To Come when that was released in 1998, so just grow the fuck up and accept it, okay? I for one, cannot wait to shout along to every song on this when they come over to these shores – welcome back.