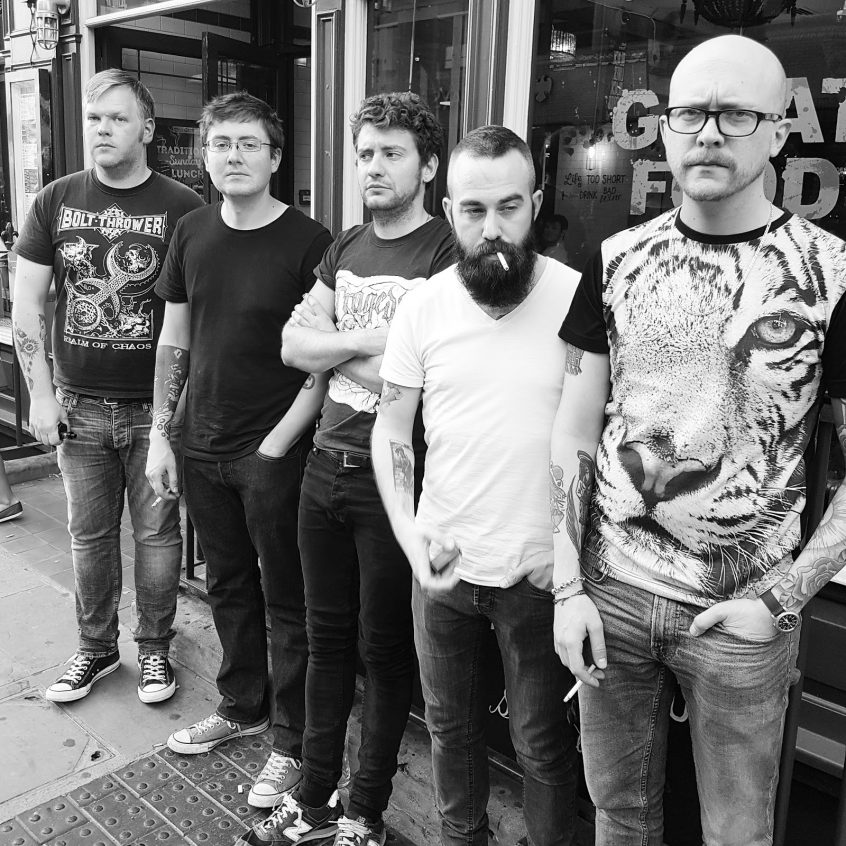 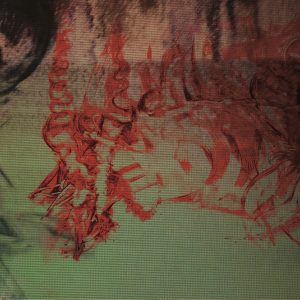 Credit to Remote Viewing for their song titles alone. It doesn’t surprise me that these dudes feature ex-members of hella-nasty noise-bringers, Palehorse, the unique and caustic rasp of vocalist Nikolai is a familiar return to these ears, having demonstrated his destructive pipes on the last Palehorse album, Looking Wet In Public. Interestingly, Tom Fowler (Harmony, No Harmony Million Dead) features on this, and not Ben Dawson, also ex-Million Dead and ex-Palehorse. Huh.

Remote Viewing’s sound is not a million miles away from the racket Palehorse created – there’s less low-end, as two guitars exist instead of the dual-bass attack. Even so, those guitars are tuned to some eerie-levels of punishing pain. In places, they shriek, whine and froth the musical waters like Jaws discovering a boat full of actors, one of which is launching chum off the side.

The depressingly morbid opener that is Suitcase Full of Exposure is a discomforting mix of distorted screams, grim-doom-metal and expansive bomb-string detonations. Honestly, at the 5 minute mark, the overlapping, terrified rantings of the damned can be heard in the gagging turmoil. This lurks in the recesses yet to be fully formed – you hope to god it doesn’t manifest. The elegantly named Fuck A Church contains the bizarre and comforting lines of “Rest your head on me/I am your safety” which are of course delivered in this garbled, punishing cry, but soon the mask is pulled back to reveal the disappointment – “There is no elegant way/To spit in your face/To spit down your throat…” follows soon after and things get really, really bleak under the crushing sludge-metal attack.

Breezing in at a brief 4 minutes, Sonic Euthanasia is easily the fastest track on offer – such is its discordant and bludgeoning nature. It’s spasms with erratic fervor and a brilliantly cryptic, gurgling bassline, morphing somewhat seamlessly into Pelican’t (big fan of bands doing this) a nasty, nasty bastard of a track, featuring some utterly feral guttural roars from vocalist Nikolai alongside the continued ramblings that we will see emerge must later as Blood Loss progresses. Hey, I’ve thought of something, maybe the album was recorded from the viewpoint of someone slowly drifting into unconsciousness as red ichor slowly exits their body and this is their descent into a slumbering delirium? One of these songs is supposed to be able flower arrangements as well.

I think what we can gauge from this is that there’s to be no more happy times, as the night creeps in, so does the bleakness of Remote Viewing’s noise-pocalypse. The lengthy 7 and a half minutes that make up both the bone-crunching Limbs To Fold and the unsettling but hilariously titled Whitney Houston, We Have A Drinking Problem feast on despair and loss, with some howling noise-core tribal blast-beats thrown in near the end of this caustic whirlwind of damaging hate.

“I’m bleeding/leaking all over you” roars Nikolai on the acidic meltdown of closer, Tastes of Nothing – this churning froth of chaotic hollow-sounding terror if dragged even further down the garden path of misery, thanks to the solemn, mid-point dirge of hopelessness. Some truly nasty sounding voices can be heard trying to burst through the despondent funeral-march drumbeats, as more screams about biting off hands and a pain threshold close this sickening cacophony of madness.

Stream Blood Loss by Remote Viewing below and purchase via Hominid Sounds. Treat yourself to some permanent misery and Event Horizon-esque horror.