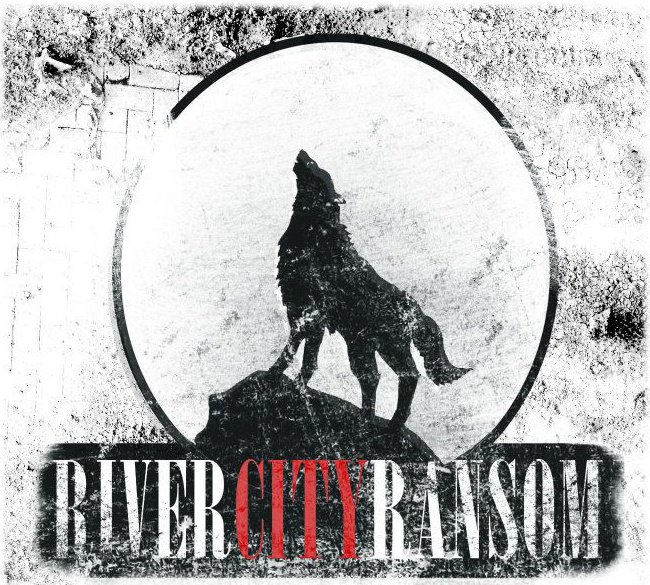 River City Ransom are five dudes from York who worship at the altar of three chords and the truth.

There seems to be a war happening on this EP, two conflicting sides snapping and snarling at each other. In one camp, we have a voice box thatâ€™s been ruined by cigarettes/alcohol/drinking battery acid; in the other, one thatâ€™s auditioning for most melodic backing vocals ever.

Unsurprisingly, they both compliment each other perfectly. As with any dysfunctional grouping, it works and it will always work. Itâ€™s like how Dillinger Four are so awesome, youâ€™ve got 3 different styles there: the nasally one, the gruff one and Paddy.

River City Ransomâ€™s sound is far removed from the Gainesville boys though. This is more in league with a punk rock Alexisonfire â€“ or a Yorkshire Every Time I Die. â€˜Lost Causeâ€™ is a perfect example of the Canadians-sparring sound, mashing the harsh and clean vocals together perfectly, with this rapid fire caustic hardcore squeal.

â€˜Attack Attack!â€™ leans heavily on the side the speed-hardcore punk that Set Your Goals are so good at chucking out. You know the kind, the melodic chorus has pretty much set up shop in your mind after only the second playthrough, whilst the rasping guitars and sporadic drums just plow out a furrow of guttural stage-diving mosh â€˜n go along with killer backing vocals.

â€˜Strength of the Sunâ€™ sounds like Zeke at their over-driven best; snarling lead vocals, a heavy dose of crusty thrash and some twisted bass solos thrown in for good measure.

â€˜Fear and Loatheâ€™ chugs along with that power-frown gritty determination. Full marks to the flashy drumming on this, which is a bucket-load of erratic fills alongside the rigorous pounding beat. The strength of River City Ransomâ€™s sound is best exemplified here though in the constantly overlapping-vocals which compliment each other in the same way Adam Lazzara and John Nolan did on â€˜Tell All Your Friendsâ€™. Too bad it doesnâ€™t happen more often, as this is where the hook lies in dragging the listener in. It has to be said, the melodic vocals (provided by guitarist Zak Ford) are stronger than the croaked scream that rides shotgun.

â€˜Great White Buffaloâ€™ leans heavily on a barbed, hardcore stomp â€“ rocketing along with an urgent, but no less punk-rock bounce of an opening. It keeps up the smirking, big-riff orientated groove throughout. Possibly the heaviest track on this release, smothering amounts of huge scrawling guitars hit home, whilst the last 30 seconds go all He Is Legend, with big-groove orientated guitar work.

Like early Set Your Goals; River City Ransom have tapped into that speed-punk/hardcore market and delivered an EP full of raucous, memorable and powerful songs.