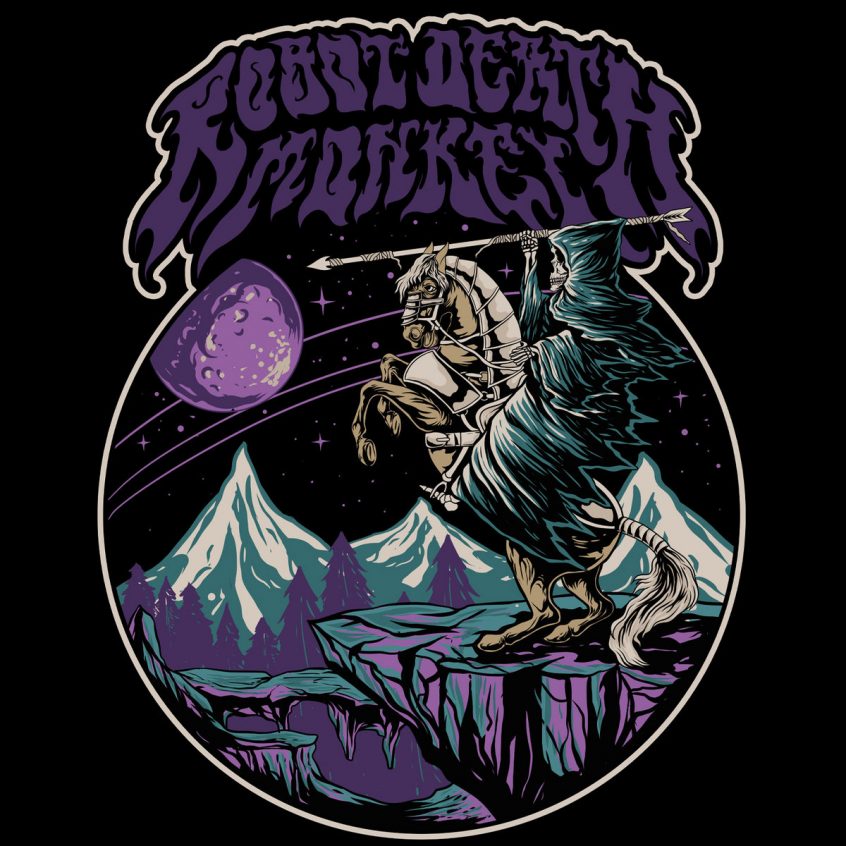 Goddamn, let’s get some riffs going, shall we? Robot Death Monkey, one of the finest exports from Scotland are back with a killer new EP of songs, focused on tripping major balls, Asgardian gods, dragon private parts and those huge mammoth things from Tatooine.

Things kick off with Bantha Rider (also, a stoner rock band from Poland!) and straight up, you know the boys aren’t here to mess around. Lumbering and lurching like one of those massive mastodon-like creatures the rebels rode into battle, this mixes the squealing riffs of embittered battle-metal (think Absolute Power) and the stoner-rock jam-groove of Karma To Burn (RIP Will Mecum, what a legend) in heavy and devastatingly powerful amounts. There’s an almost classic rock wail to the guitars, and when it all kicks in, you’ll be throwing the horns, banging your head and air-guitaring your face off.

Someone’s been listening to Clutch, haven’t they? Second track, the excellently titled Asgardian Micro Whitey, has that stomp, that relentless swagger of the Maryland legends with glorious bravado and fist-pumping reckless abandonment. “In the van/Drinking beer/Asgard/Six pack an hour!” roars vocalist Shaun Forshaw, imploring everyone to crack open several cold ones and have a fucking good time. An awesome track, easily one of their best to date, absolutely galloping guitars, insane solos, just gloriously cocksure and flamboyant in equal measure.

Dragon Clit is a re-recording of a track that featured on the Full Dunham EP and does slot in nicely to the overall sound on Intergalactic Party Powder – it’s more metallic than the previous 2 tracks, chugs along at a fair-old lick, feeling like a runaway freight train, ploughing through barriers, debris flying everywhere.

Final track, Kittens and Coke opens with the hilarious line: “Trippin’ balls like a necromancer/more money than an erotic dancer” and from here on, RDM just try to out-do that line with every new rhyming couplet (the one referencing John Belushi in particular made me spit my beer). Hey, it’s not clever in the slightest, but it’s funny and that line Robot Death Monkey tread is a fine balancing act of the absurd Every Time I Die-esque party bus chaos, mixed with the sludgy, bonged-out desert rock and the closing minute or so of this is an air-guitar of sleazy rock ‘n roll frenzy for the ears.

Get on board the party powder train and hoover up some fat lines of riffage below. Also, pick yourself up a radical t-shirt to go with your Hawaiian shirt, shades and 100 beers. Boom!