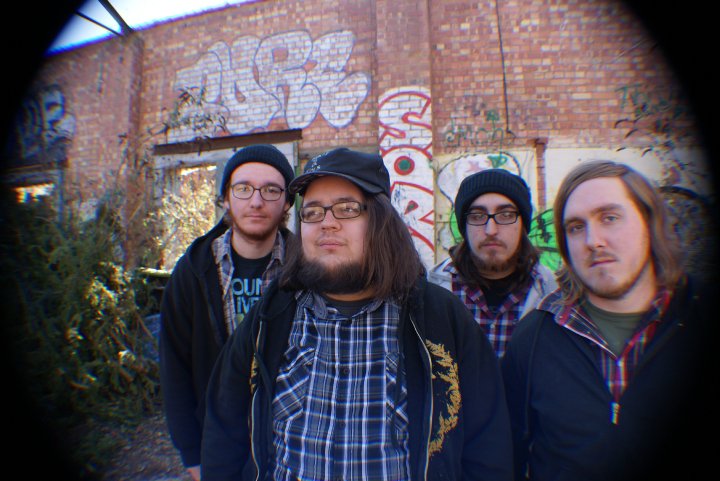 Time for an update! There’s been a lot of decent stuff on this month’s CD. Obviously at Rock Sound towers they’ve gone three chords and the fuckin’ truth crazy, as the majority of punk rock bands on offer was quite staggering, so good work there for making one of the best 100% volume CDs of the year. Save Your Breath, Living With Lions, Saturday’s Kids, Attention Thieves, Goodtime Boys and Fights And Fires all get a drunken stage-diving crush for being awesome.

Itâ€™s good to have Nolan and Cooper back under the TBS wing, god knows itâ€™s been a while. Those expecting a tune reminiscent of the â€˜Tell All Your Friendsâ€™ era will be disappointed; however, the caustic bite of Brand New-style screams and dense guitar chords, not to mention the spitting-dual vocal back-and-forths and barely restrained rage and passion sees the Long Island lads back in superb form.

There For Tomorrow â€“ Joyride

Bit to sweet for my tastes; There For Tomorrrow tap into the big choruses motif, whilst injecting a bucketload of pop hooks beneath some well polished My Chemical Romance rock, that is about a minute too long.

Save Your Breath â€“ Vices

This is better, but by no means perfect. Save Your Breath replicate early 00â€™s pop-punk fairly accurately. A distorted drum intro, the sound of a guitar being plugged in and some nice scrawling punk chords and the kind of clear, snappy vocal delivery that is perhaps nothing new, but certainly lifts spirits and is altogether a pleasant stab at refreshing the genre.

Living With Lions have the speed and determination of Lagwagon â€“ for this, they should be commended strongly. The slight gruffness in vocalist Stu Rossâ€™s delivery, not to mention the rapid-fire drum beats and jarring breakdowns make this a winner in my book â€“ strong, emotionally charged punk rock delivered with guts and determination.

Not actually as bad as I was expecting. Just found out this is the ex-vocalist of crabcore laughing stock, Attack Attack! Yeah mate, you sound much better on this. Itâ€™s actually fairly decent post-hardcore; good balance between the screams and clean vocals, fairly bass heavy, sort of like Of Legends â€“ quite thick and groove-driven.

I like the low-fi scrape this has â€“ the guitar is one long relentless jangle of mangled chords, whilst the drums are buried beneath the smothering bass drone. Vocally, itâ€™s a strained, almost lost shout beneath the building wall of noise and raucous rumble of sharp post-punk rock that drips with sweat and bitterness.

I love *Shels, so prepare for this to be incredibly biased. Not only is this suitably crushing, like nearly every other aspect of their music, itâ€™s also wonderfully moving. The almost choral chant in the songâ€™s coda that then evolves into another epic rocking breakdown is a superb shift in tone, not to mention singer Mehdi Safaâ€™s extraordinary vocals, which will send a chill down your spine. Also, props to the break in the middle.

Whatâ€™s with bands having single word, plural names now? Thereâ€™s something uncomfortably dark about this â€“ Heights start off sounding like proper hardcore fodder, but they then keep building on this despair of fairly brutal, almost post-hardcore noise, that rises with such scathing and acidic disgust it becomes an absolute winner. Points for syncing in a mournful piano loop that seemed to creep up from nowhere â€“ ones to watch; chilling stuff.

Must have been punk rock day in the Rock Sound towers or something. That furious, punishing hard-rock of We Are The Ocean is given a big nod here, as is some rather tasty riffage and bouncing choruses; the lyrics let it down somewhat by being pretty throw-away shouts that mean very little, but the delivery is fairly profound.

Holy shitballs, this is Alex Pennie from the Automatic! You know, the yelpy little bastard who wanted to see Raoul all the time. I really like this; Pennieâ€™s voice is a gruff, rattle of sneering dissent, whilst the rest of the band power through a twisting post-hardcore racket. Intense, slightly sloppy, but it all adds to the charm of some refreshing DIY punk fury.

Fights And Fires look like theyâ€™ve never kissed a girl and all collectively stepped out of a Games Workshop. Their guttural Every Time I Die-groove of blisteringly fast punk rock however is fucking excellent. Four Year Strong are still wishing their new record sounded like this, but it wonâ€™t, because Fights And Fires have nailed the thrash-meets-pop-punk whirling dervish of sound perfectly â€“ glorious stuff.

A filthy bass hum perpetuates over this. Wolves Like Us operate on making a gargle of rusty, angular noise thatâ€™s not a million miles away from the barren metallic rock of Therapy? Itâ€™s sinister, and unholy, delivered by a vocalist who spits and snarls with morbid disgust, but yet sounds as if heâ€™s still having a good time.

Suicide Silence â€“ You Only Live Once

Note to any deathcore bands â€“ please, please, please, please, please stop making such bland sounding, ear-rotting garbage like this. I find it amazing these kind of bands still exist and that the kids havenâ€™t got sick to the back teeth of it yet. Predictable beat-downs, and vocals that sound like someone is downing drain cleaner inside a lift full of vomit.

Dude from The Black Dahlia Murder has a hilarious voice. Itâ€™s proper high-pitched and snappy, with a slight hillbilly-ish twang to it. Like if Cleatus decided to front a death metal band. This has so much more going for it than Suicide Silence – for one thing, the drumming is all double-bass destruction, with some nice classic metal guitar soloing and thunderously overblown vocal howls that are gloriously GIANT HAM in their execution.

That doomy, kind of drone-metal stuff is getting a lot of support nowadays huh? Breaking The Day make big walls of sound. Kind of sludgy in places – it relies on huge builds and crushing chords, backed by hoarse vocal barks and an unrelenting sense of despair and lack of worth. Hey, Cult of Luna do that! A slow burning, progressive chug of alt-metal that drips with sinister menace.