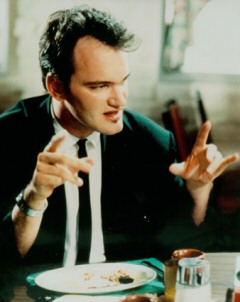 From mosh-core punk rock of last month, Rock Sound throw up some hook-laden pop + 3 chords and the truth just to mix things up a bit, or at least inject some sort of theme. Maybe it’s a subtle way of trying to make their readers think it’s summer still. Anyway, some top stuff this month, only a couple of duffers. The best offerings are in the form of Mastodon, who seem unstoppable, whilst New Found Glory, We Are The In Crowd, Transit and This Time Next Year all do a sterling effort with their pop-punk cheek.

How come Jordan Pundik of NFG still sounds so happy? Surely at over 30 he should be a misanthropic bastard, but no â€“ heâ€™s still singing like the world is made of kittens and rainbows. â€˜Radiosurgeryâ€™ is just under 3 minutes of sugary, pop-punk bounce that wouldnâ€™t sound out of place on their debut self-titled or â€˜Sticks and Stones.â€™ Thereâ€™s some nice scuzzy bass thrown in, choppy guitars and a great soaring chorus of â€œaaaaahhhsssâ€ and if Iâ€™m not mistaken, a Less Than Jake style bounce to their anthemic sound.

Polar Bear Club have been around for 6 years, but Iâ€™ve never heard of them, or possibly got them mixed up with some wet indie-side project with a similar name. This is anything but that â€“ gruff vocals that instantly hook you, backed by a weird mix of heavy-Jimmy Eat World melodic emo and passionate post-hardcore rock. Itâ€™s honest and incredibly crisp-sounding in delivery and a credit to the genre.

Apparently the new Mastodon album is called â€˜The Hunterâ€™ â€“ quite apt really, considering â€˜Black Tongueâ€™ seems to be about the thrill of the chase. Although, they claim itâ€™s not a concept album, this track gives obvious nods to the title. The roar of â€œyou can run to the sea, you can run to the forest, you can hide but youâ€™ll never escape!â€ Is a chilling warning from the lurching tusked-mammal that is the Atlanta four-piece. â€˜Black Tongueâ€™ gallops and rolls with deadly precision and a wailing drone of bludgeoning stoned-out metallic chaos and is easily one of the best tracks Iâ€™ve heard from these dudes.

Thrice went weird ages ago didnâ€™t they? I think their new stuff suits vocalist Dustin Kensrue much more â€“ always felt he was straining a bit on the old chords sometimes when they were all screamy. Really like this; the heavier moments sound massive â€“ the guitars soar and wail like And So I Watch You From Afar and it all goes a bit post-hardcore, with elements of raw-rhythmic noise provided by the over-prominent bass, which gives a slight grunge feel.

Hands up if you know anyone who still listens to/likes/acknowledges the existence of Staind in a non-ironic way? Aaron Lewis â€“ why so angry bro? A confused mess of what 2001 sounded like, mixed with an incongruous guitar solo, Lewis shouting and mewling like a petulant child. No brainer-moshcore, nu-metal toilet trash.

We Are The In Crowd â€“ Rumor Mill

You might have to visit the dentist after listening to this lot. Tooth-rottingly sweet; We Are The In Crowd will not only leave you with less teeth than Shane MacGowan but theyâ€™ll also lodge the sickly twee-pop punk exuberance of a billion e-numbers in the form of their music stuck in your mind. Despite it being steadfastly American, they donâ€™t half sound j-pop in execution. The kids are going to love this; hooks bigger than New Found Glory (sorry guys) and a singer who yeah, sounds like the chick from Paramore but trades off well with some strong backing vocals meaning thereâ€™s some good call and response.

This Time Next Year â€“ Matchbook

Why would you dress up in gasoline? This Time Next Year goes through the pop-punk rule book and pretty much have it nailed down tight. Kind of has that vibe of The Wonder Years, without the intense lyrics, but rattles along nicely with the leaping brackish attitude of The Ataris (before they went weird) and some strong soaring â€œwooaahhooohsâ€ that give a nod towards NFG. Not very original, as their sound is 10 a penny, but on the strength of â€˜Matchbookâ€™, theyâ€™re certainly among the elite rather than the shit-munchers.

I reckon a few more beers down the road and Iâ€™d be a broken man listening to this. Iâ€™m getting soft I reckon and itâ€™s all Transitâ€™s fault. This kind of reminds me of Brand New, circa-â€˜Your Favourite Weaponâ€™-era, more along the lines of â€˜Soco Amaretto Lime.â€™Â  – Must be the backing vocals and that acoustic guitar they cleverly buried in there. I canâ€™t make up mind if itâ€™s really sappy or mature â€“ somewhere between the two, but whatever it is, itâ€™s bloody brilliant.

Dangerous! â€“ Not One Of You

Sounding like they donâ€™t give two fucks, Dangerous! Remind me a bit of The Vines trying to cover early Icarus Line material. Vocalist Tommy pretty much shrieks himself hoarse through a mangled voice box, whilst musically it touches on good time rock and or roll, with elements of sleazy garage punk and rolling around in broken glass. A fist-pumping destructive noise, that maybe slightly too clean when that rough-as-sandpaper voice doesnâ€™t crunch through the mix.

Utilising big sweeping cascades of heavy de-tuned guitar, clattering percussion, Exit Ten know how to drop it in choruses. Vocalist Ryan Redman has an imposing and powerful voice that is perfectly matched with the sprawling metallic crash of Exit Tenâ€™s sweeping crush of alternative metal.

Having given this several listens, Iâ€™m just not feeling it at all. Itâ€™s not terrible, just feels incredibly strained and try-hard. The vocals are a nasally, irritating whine â€“ and even on the slow bit, thereâ€™s a moment of over-the-top flamboyance and posturing that is sadly not cocky enough to be amusing or enjoyable and just sounds embarrassing.

God, every band thinks theyâ€™re Set Your Goals nowadays. Only joking guys, but youâ€™ve got a copy of â€˜Tomorrow Will Be The Death Of Usâ€™ yeah? CHECKLIST: mosh-core instrumentals? Tick. Gang vocals? Tick. Earnest, youthful vocalist full of hope and passion, mixed with gusto who isnâ€™t afraid to shout? Tick. Seriously though, Decade are basically nailing a formula that has been done before, but theyâ€™re the ones to follow, not the followers and onÂ  the strength of â€˜The Doctor Calledâ€¦.â€™ They deserve credit.

I AM SHOUTING PAY ATTENTION. Red Enemy do the down-tuned metallic scrape of furrowing metalcore dirge and bury the bastard under shuddering, stop-start guitars the squeal and twitch like a pig being tortured. Thereâ€™s elements of Emmure present, but not as bottoming-out in execution.

Bleed From Within â€“ The Novelist

Proper chugga-chugga metal right there. Vocally it doesnâ€™t stray much from the path of rasping brutality, occasionally swinging into a weird impression of your man from Black Dahlia Murder â€“ i.e. hilarious high-pitched screech to compensate the rough and ready bash-brother tactic of the music, which feels like itâ€™s pushed you over then stamped on you for good measure.

â€˜New kings of pop-rock!â€™ I bet Octane Ok are every band before them are sick of that tag. Fairly standard really; polished until it could blind you, Octane Ok has that crisp, slick sound, with some added breakdowns that are unfortunately fairly tame in comparison to what they could sound like. Itâ€™s safe, radio-friendly and will probably sell by the truckload.

See above, it’s time for some sleeps.