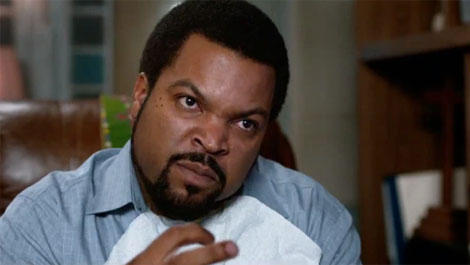 Latitudes, Ancients, Feed The Rhino, Future of the Left, Glass Cloud and Turbonegro are all worth your attention this month. If you don’t like it, Ice Cube will shout at you for 10 minutes or something.

The inexplicable popularity of The King Blues continues to surprise me. I mean, theyâ€™re gone now, but I always found their political-folk-ska-whatever really unimaginative. â€˜Canâ€™t Bring Me Downâ€™ is a ham-fisted mash-up of rap that King Prawn would be embarrassed to release, crossed with a boring, screamo chorus and monotonous processed beats.

Yashin â€“ The Last One Standing

I saw half of Yashinâ€™s set at Slam Dunk in 2011. They werenâ€™t bad. I mean, we kind of tick all the boxes on the post-hardcore/screaming bingo checklist here: the riffs are slick, direct and contorted, the duelling clean/harsh vocals both compliment each other, with the cleaner ones coming out a lot stronger than the pedestrian roaring. Goes a bit Southern-metal around the 2.30 mark, which is commendable. Although, my 41 year old cousin really likes them and heâ€™s the biggest Bon Jovi fan ever.

Glass Cloud â€“ If He Dies, He Dies

Holy crap. I mean, this starts off a bit â€˜Of Mice and Menâ€™ standard, then at the 30 second mark it explodes. Guitars are convoluted and twisted to this gut-wrenching, twisted, broken howl of terror and desperation. Like Of Legends, this is wrought, stabbing, Emmure-baiting trip into chaos. God knows how you make a guitar sound like that around the 3 minute mark. Extreme metalcore terror right there.

Oh hi Gojira, just so you know the drumming on this is sen-say-shunal. Talk about heavy, this is heavy like a really heavy thing. But there is a weird, raw-beauty to Gojiraâ€™s sound. The progressive rising build before the rampant bludgeoning chorus, and the exquisite sounding guitars, which squeal and shriek with such spiky ferocity, make this a winner.

Gargling petrol-lead vocal roars elevate this above other metalcore of a similar ilk, as the overlapping backing vocals add strength and body to rather cumbersome and awkward noise. Difficult to tell where this is going half the time, unfortunately itâ€™s completely forgettable.

From the opening 20 seconds of this you can tell how fresh-faced and perfect the haircuts are of Canterbury. Thatâ€™s ok though, because their vibrant, bouncing pop-rock enthusiasm is infectious, joyful and packed with hooks. From the summery, jangling guitar clashes, to the overlapping vocal-trade offs, chorus of backing shouting, theyâ€™ve tapped into a healthy and jovial sounding-market. Just need some good weather alongside it now.

Turbonegro â€“ You Give Me Worms

Yeah and you thought old Turbonegro were finished when Hank left? He wasnâ€™t even the original singer you numpties. The Duke of Nothing might divide opinion in the Turbo-camp, but heâ€™s got my full support. Sounding like Father Damian channelling moments of Matt Caughthran and a massive bear, â€˜You Give Me Wormsâ€™ is a sleazy, garage-rock racket of whiskey-soaked riffs and flamboyance.

This started to sound a bit like Blowgoat, some nice sludgy-riffs were poking through, then it went a bit Refused – contorting guitars and quite stark, vocal-shouts, that channelled â€˜Rather Be Deadâ€™ in delivery and their â€˜matter-of-factâ€™ statement. Not what I was expecting at all and all the better for it.

A euphoric wash of part-instrumental, explosive post-rock that hits with just as much force and passion as any punk rock or metal act; Ancients craft an electrifying, tripping buzz and when Mehdi Safaâ€™s vocals kick in = god, itâ€™s how I imagine the last days of the world would sound â€“ Absolutely massive walls of bliss and wonder.

Despite this being incredibly formulaic, itâ€™s brimming with that optimism and positivity that sugary-pop-rock is always laced with. Boy Jumps Ship does a damn fine job of nailing an uplifting and spirited 4 minute romp.

Eskimo Callboy â€“ Is Anyone Up

Say, Michael would you like to hear the new Eskimo Callboy song? Tobyâ€™s got a copy?

Fly This For Me â€“ Making Shadows

I donâ€™t think this sounds anything like Alexisonfire. Fly This For Me have more in common with nasally, Epitaph punk rock to be honest. The rough edges keep this from feeling too clear-cut.

Delivering the kind of luscious, intricate post-rock, laced with that melancholy guitar tone has become a staple of Latitudes craft. Thereâ€™s a spooky, ethereal haunt to this track, even more so when the unsuspecting, breathy vocals slide in (theyâ€™re so delicate and fragile, they sound as if theyâ€™ll fall apart). When things start to get heavy, the complexity builds and what sounds like a trumpet being played through a stylophone? This is weird. Great, but weird.

Future Of The Left â€“ Sheena is a t-shirt salesman

Falco shouts his way over 2 minutes of rock music that barely contains its contempt for absolutely everything. I mean, even the guitar sounds like it wants to vomit blood and curb stomp you until just a mass of mangled flesh and bone remain. Still awesome.