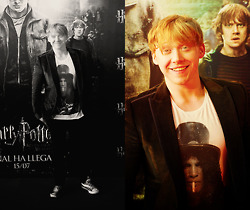 Condensed version of this monthâ€™s CD: buy We Are The Ocean, Title Fight, Monuments, Minus The Bear, Death Letters, House Vs Hurricane and Trapper Schoepp and the Shades.

We Are The Ocean â€“ Story of a Modern Child

Now reduced to a four-piece, (vocalist Dan left in June) We Are The Ocean, who seem to be staple of these Rock Sound cds, (seriously, Iâ€™ve probably got an albumâ€™s worth of their material from these things now). Itâ€™s business as usual really, with Liam on lead vocals they sound a lot stronger and are tapping into that melodic post-hardcore with real gusto and huge crashing choruses.

Yes, Title Fight! The guitar sound is a low-end, gritty buzz, driven by the dense rhythm section and the gruff vocal-attack; this is punk rock at its very best. Done with that â€˜I couldnâ€™t give a solitary shitâ€™ style sneer and rumbles along with a fuzzy, direct drive.

As I Lay Dying â€“ Cauterize

Six albums? Youâ€™ve got to be kidding me. As I Lay Being Bored Off My Fucking Arse By This Absolute Shite. *Skips after 55 seconds and thatâ€™ being generous.*

Bit tech-metal this. Apparently Dan Weller from Sikth did the vocal production or something. That explains why at times it sounds a bit mental, like heâ€™s trying to split one singer into two screaming maniacs so he can emulate what was once before? I actually quite like this; the guitars sound like a giant echoing storm, whilst thereâ€™s a weird Eastern-feel and everything sounds so huge and loud and encompassing, which is fitting for a band called Monuments I suppose.

At The Skylines â€“ Turbulence

Ok, this isnâ€™t those gimps that look like the cast of Thundercats. I hope all the songs are plane-themed. Anyway, what do you want to know? Shimmery keyboard bits actually flow quite well with this very knuckle-dragging metalcore dumb-show. Dual vocals (thank you, Raging Speedhorn) and big crushing breakdowns and that shuddering chugga-chugga-BIG RIFF nonsense. *Shrugs*.

This keeps going and going. Iâ€™m struggling to really care to be honest. Okay, the harsh vocals are actually fairly decent â€“ strained to the point of breaking, they could clean paint, thatâ€™s how harsh and strident they sound. More of the same generic breakdowns and some odd programming glitches sort of manage to salvage this from the mire, but really itâ€™s just a bunch of zombies playing the same zombie music for another bunch of zombies.

Everyone get in a circle pit right now and start running like youâ€™ve never run before. Hardcore, fed through a mill from hell and spat out the other side, whilst Megatron barks some poseur lyrics and holds his lapels like Bane. It starts to get darker and more menacing, around the 2:30 mark, but drags on for so long youâ€™ll lose all interest and skip to the next track.

Minus The Bear â€“ Lies and Eyes

Thank you Minus The Bear, I was nearly about to go insane. The stuttering, judder of post-hardcore guitar, keyboard washes and rich-vocals make this sound absolutely thunderous. Around the 2:22 mark, this morphs into a mighty beast; all overlapping guitars, shredding noise and a wailing solo. Minus The Bear, really donâ€™t sound like anything else â€“ theyâ€™re weird in that, they make rock music that is so alien, itâ€™s always such a rich and refreshing experience listening to them.

Thought this was an Alec Empire cover at first. Obviously writing more lyrics than â€œIâ€™m a-dic-dic-dic-dic-dic-dic-addicted to youâ€ was a bit beyond these Swedes. Hey, Iâ€™m for repetition and some casual heroin references, but this borderlines mind-numbing tedium. Iâ€™ve heard these guys before (seriously check this out) and Iâ€™m not entirely sure on this new sound â€“ too clean, too formulaic. When the riffs/chorus does kick in, itâ€™s a refreshing, splatter-gun blast, but itâ€™s let down by the preceding monotony. The other songs are probably a lot better anyway. (Hey, they are!)

This is great and possibly one of the best tracks on this cd. Death Letters embrace scrappy, no-frills production, with tinny, crashing drums that relentlessly and I mean RELENTLESSLY pound out a furious and steady beat, whilst their scratching, seething punk rock attack jangles and scythes with belting, breakneck, angular chaos.

Lot of mathy-twiddling on this. Vocally it falls into a similar pattern laid out by your man from Straight Lines and him with the big hair from Coheed â€“ you know, quite irritating. The heavier, twisted moments are excellent though, all see-sawing guitar-lines, and odd time-changes, stop-start dynamics, yet still sounds kind of light and summery, which is weird. A grower, definitely interested to hear more from Wot Gorilla? as this is promising. Actually, not sure why I moaned about the vocals, because I listen to Rush for fucks sake.

House Vs Hurricane â€“ Get Wrecked

Yeah itâ€™s more angry metal/hardcore stuff, but this time – it feels like it actually might make a difference! How about that? Okay, so itâ€™s still pedalling a familiar path, but this Melbourne mob sound pretty decent. â€˜Get Wreckedâ€™ is a crunching, aggressive lurch of pissed-off post-hardcore that snaps at itâ€™s most vicious, but still has enough heart to tap into the melodic side. The bit stuttering riff around the 3:10 mark and the shout of â€œGET! WRECKED!â€ is pretty damn awesome as well. Top marks here. NOTE: THIS IS HOW YOU DO IT.

Set to soundtrack a particularly poignant moment in *INSERT NAME OF INDIE TEEN MOVIE HERE* Trapper Schoepp and the Shades have that rustic, bone-rattling sound of the good olâ€™ days, mixed with teenage angst. Itâ€™s actually quite sweet and has that infectious quality of all good folk-rock acts: itâ€™s not too try-hard, feels incredibly carefree and a heavy injection of â€œthis is what we want your summer to sound like.â€ Really like this, more of this sort of thing please and the gang vocals at the end.