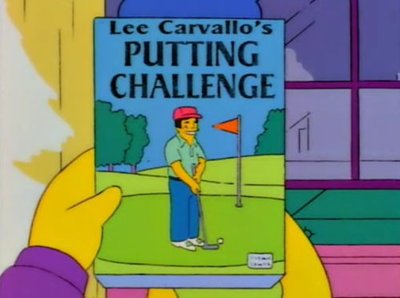 So here’s some music or something. â€˜One of the hottest metal bands of the yearâ€™ apparently. Looking like extras from Sleepy Hollow meets Edward Scissorhands; Motionless In White are fairly intricate with their metal-meets-keyboard racket, but itâ€™s pretty hollow sounding. The bass is the best part of this; itâ€™s filthy and bloated â€“ ever present and hacks out a guttural purr of hate. The vocoder bits are bobbins mind.

The first 10 seconds of this remind me a bit of Of Legends, which is always a bonus. The rest â€“ where to start? Obviously the guy playing the keys/scratching/fucking about like those 4 dudes of out Slipknot is having a great time. The clean vocals are a thin, reedy braying noise that barely registers, whilst the weird R&B/hip-hop bit around the 2:16 mark is frankly bizarre. Props to them for experimenting, but it just feels like some radio station playing JLS has hacked into â€˜The Very Best of Metalcore Vol:1â€™.

Pitch-harmonic squeals litter â€˜Twisted Tonguesâ€™ as does the bludgeoning, doom-laden rage of just about everything on offer here. This builds layers of swampy-riffs and slow, bludgeoning passages of fractured noise.

Set It Off â€“ Nightmare

Panic! At The Disco just phoned they said â€œwhere the fuck are our demos?â€ oh theyâ€™re here, right. This is far too cheesy for me; I can appreciate the fact the dude can sing, but it feels a bit Coheed in delivery and the orchestral pop-punk feel is so polished, that if the sun hit it, youâ€™d be blinded by the glare.

I thought this was going to be a hip-hop act or something. The sugar in this has rotted away my teeth and my need to want to listen to anymore of this kind of You Me At All Time Low Havana-bullshit. Also, itâ€™s over 5 fucking minutes long.

Channelling the snotty, spitting rage of Wes Eisold and the dense, but tuneful hardcore of La Dispute, Scotlandâ€™s Departures hit the nail on the head in how to do passionate, gutsy and determined punk rock. This also feels a lot like Touche Amore, which only furthers my opinion on just how brilliant this is.

A lot of stuff going on here. The mix of clean and harsh vocals works better than most; therâ€™es real warmth in the former, whilst the latter spits bile and against the wall of progressive and rather dense metal that sounds part-Mastodon in execution, with a touch of the despair of Cult of Luna. At times it feels a bit mangled, but thereâ€™s a raw and rough Botch-feel to this, like itâ€™s been picked off the â€˜We Are The Romansâ€™ cutting floor.

Okay, there seems to be one guy shouting on this. Then another guy joins in. Then Iâ€™m pretty sure the whole band (five dudes) are snapping, snarling and screaming at each other. An undercurrent of Hot Snakes-esque post-punk runs through this, but that is soon buried by layers of crunching bass, pounding drums, conflicting vocal-clashes and the sound of a band tearing itself apart. This is fantastic, get on it immediately.

Very Brand New vibe to this, circa Deja Entendu. Maker do the big, crunching choruses thing incredibly well; and the guitars sound fucking huge. Itâ€™s a spiralling, twisting caterwaul of crashing indie and post-hardcore. Seriously, fans of Jesse Laceyâ€™s mob of miserablists should check out Maker and embrace this clamour.

Really enjoying this and the fact Middle Finger Salute are poking theâ€¦.ermâ€¦finger at the pop-punk scene with the opening gambit: â€œoh shit, just another clichÃ© song from a clichÃ© band about all of our best friendsâ€¦â€ Big tuneful self-referencing choruses, gang vocals and that bouncing, Hot Water Music-style riffage all add to a job very well done, top band.

iTunes have labelled this as â€˜THE FATHOMSâ€™ â€“ basically, my computer is becoming self-aware as it knows I like taking â€˜theâ€™ on the beginning of bands who have just one name. Anywayâ€¦..itâ€™s metal, with the really stuttering, stop-start grimy chords. Vocally, itâ€™s a very angry, angry man but thereâ€™s some nice melodic hardcore underlying this all. Could do without the dreary, heavy-style breakdowns, which sound like theyâ€™ve been recycled from a billion other bands.

Light You Up â€“ Foxfire

Light You Up are the type of band Middle Finger Salute were jokily ripping on; but thatâ€™s ok, because theyâ€™ll probably both be on the same bill at some point. We hit all the pop-rock buttons so hard theyâ€™ve shattered into pieces. Like Boy Jumps Ship/The Story So Far, this is nothing remotely new, but itâ€™s a strong reminder of how uplifting and melodic pop-punk can still be and Light You Up are a prime example of a future hit-machine.

For fans of Century and Destine…here is Fans of Faye. Terrible name aside, this is pop-rock by the numbers that the kids will love, but itâ€™s making me think the factory thatâ€™s churning these bands out needs to shut down very soon.

Dead Harts â€“ All Washed Up

<quiet introâ€¦â€¦.> EXPLODES! Dead Harts rush forward with that swagger, stealing your beers, downing them in front of you, spitting the dregs over your t-shirt, crushing the can on their heads then strutting off into the sunset, backed by an explosion. Twisted hardcore, that feels uncomfortable and angry â€“ reminiscent of Blacklisters if theyâ€™d spend more time listening to The Chariot.