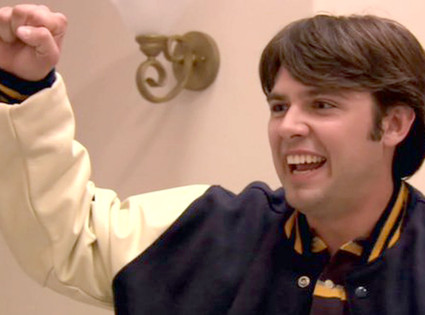 One of the best compilations I’ve heard in a long while – Volume 174 delivers the goods superbly. True stand0ut acts include Arcane Roots, Heights, Anacondas, Restorations, Cry Havoc, Golden Tanks, The American Scene and Nai Harvest, but really, you can’t go wrong with checking out every damn band here, because you’re bound to find a gem or two on offer – most excellent.

So how do you like your metalcore? Aussie-style? Possibly. There’s some quite excellent grooves on this – that really deep, guttural roar of guitars scrapping a particularly filthy barrel. Elements of Luis Dubuc’s Of Legends shrine through, especially on the more technical moments and the rather staggered, spiralling gait of twisted guitars and overlapping vocal screams.

I can see Arcane Roots possibly being a bit of a Marmite band. No disrespect to them with this description. Happily, I love Marmite and their quite oddball sound. One can only assume the whole of their debut (Blood and Chemistry) is a smorgasbord of stylistic changes, time-signatures and contorted riffs. At times Sacred Shapes is all tappy-mathcore, then it mellows to pop-rock, then hardcore shouts, then spiralling prog sections – think Biffy Clyro (back when they were good) and Aconite Thrill.

Taunt and aggressive are just two words to describe Heights, who seem to have emerged from ditching their previous vocalist stronger than ever. Bassist Alex does a good job in sounding suitably angry and driven to despair over a wave of gritty, atmospheric post-hardcore that radiates a dark and desolate clamor.

Not much to be said about this that hasn’t already been mentioned in my review of their EP a few months back – but let’s say, Burnt Bridges sounds excellent on a car stereo, superb, pissed-off high-octane rock ‘n roll hardcore for when you’re gunning it through the rain in the wild hills of Scotland.

Earnest and heartfelt, The American Scene (possibly a reference to the Henry James book of the same name) have a crisp and rich sound. More in line with the Gaslight Anthem than say Jimmy Eat World, their take on punk is more melodic, expressed by sweet guitar lines, huge hooks and swirling rhythms. Strong.

Back to the Future-loving five-piece Hill Valley High know a good chorus and boy do they nail it. Rushing along like a hoverboard on fire, Move Closer is spirited, bouncing, pop-rock executed with similar gusto to Coastline, some brilliant gang-vocals and unrelenting amounts of joy and optimism.

Ex-Johnny Truant brothers James and Stuart Hunter deliver some more heaviness it seems. Different from the paint-stripping gargle of their former band, Anacondas are a contorting, twisted writhe of sludge-rock, with some brilliant shuddering riffs and some shredding stoner-metal tendencies. Foot-on-monitors epic rocking guaranteed.

Heaviest offering so far, Malefice, play fast, loud and abrasive metal. Their speed and dexterity reminds me a little of Dragonforce in some places, but it’s the technical moments that shine through, angular guitar riffs, hyperactive keyboards and punk-rock, blister-forming drumming which thunder alongside the roaring vocal-scrape and bone-crunching power.

Despite initially thinking this was yet another post-rock band (the opening build had be jumping to conclusions, ok?) this track evolved in sound, size and shape massively. Restorations explode the rock template, bringing in elements of punk, breathless rock ‘n roll and that heartland-rock burst of exhilaration. An uplifting blast of power that will make you feel like a king.

Bovine – Thank Fuck I Ain’t You

Jerking, agitated guitars that bring to mind Therapy? at their most maddening, Bovine jitter and skid between that tense and caustic sound, into areas of early grunge and modern UK metallic rock, with a side-order of stoner thrown in for good measure.

Hilariously gruff vocals on this – Cry Havoc obviously have a sense of humour on a track that sounds like Megadeth and Pantera back when they were at their best. The shout of SHUT THE FUCK UP! near the end, not to mention the driving Holy Wars-guitars and thrashtastic attitude mean that Cry Havoc are the battle yell of the emergence of old-school metal with a fresh twist.

Further Seems Forever want their song structure for The Sound back guys. Seriously, PLAGIARISM MUCH? Joking, but it does sound well similar.Â  If you’re still wondering, this is pure, heart-breaking, voice-warbling emo-rock to the core. Nothing wrong with this whatsoever, the chorus is massive as expected, but it feels so similar, you wonder if Come The Spring really have the right kind of sound to truly stand-out amongst the crowd.