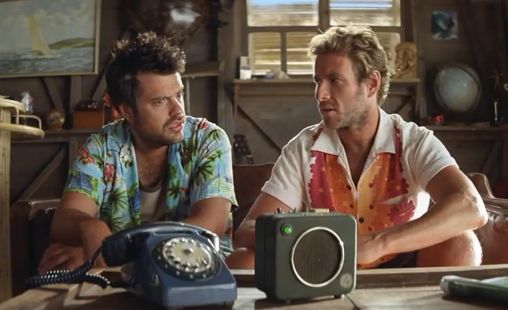 G’day mates, is it Australia takeover month? Storm The Sky, Hellions and Statues all hail from the land of premium lager – what’s going on?

Wait, 36 Crazyfists are still together? Bloody hell. I do remember them from the nu-metal era. Slit Wrist Theory was a bit of a banger. This actually starts off really good – chunky riffs, clean/harsh vocal crossover yelps – but the chorus is lacklustre and is devoid of any real punch, feeling clumsy and a bit cringe-worthy. It’s somewhat saved by the southern-rock guitar solo that drags it from mediocrity and back to something you’d be happy to listen to. Fix the chorus and we could be talking here.

The aggressive, relentless energy just about saves this. It falls off the assembly line and from the quiet-synth led opening you can predict the beat-drop before it happens. “URGGGHH!” roars one of Storm The Sky’s vocalists and it burrows forward, hitting all the metalcore clichés and you’re wondering when it will ever, ever end. The stand-out moments are few and far between, but the bits where it’s proper hardcore-punk actually really, really work and with some editing, there’s a decent 2 minute song here. Less said about the god-fucking-awful autotune bit around the 3 minute mark.

“HELL YEAH BRO! I CAN SWING MY ARMS ROUND LIKE AN INSANE WINDMILL! GIVE ME A HIGH-FIVE! FUCKING HIGH-FIVE NOW! IF I KEEP SCREAMING LIKE THIS I’LL BE A VOICELESS HUSK BY THE TIME I’M 35! I’M ‘CORE TO THE VERY….CORE, BRO!” I actually don’t mind this, I was just being a dick. This is tech-metal and it’s hilarious, just…I don’t even know what is going on, as it melds from death-to-prog-to-straight up hardcore in all of about 3 and half minutes. They even manage to mangle some keyboards in for good measure.

Post-hardcore gone a bit weird. Hellions are from Australia and are all over the place on this – from what begins are rather standard hardcore, takes a trip to emo-town (what’s with the over-use of whining clean vocals?) before descending into a frantic and morbid string section, backed by some hefty punk-beatdown posturing.

Flailing and theatrical are two words to describe Statues who sound incredibly pissed off. There mangled hardcore assault is chopped apart and rearranged via fractured time signatures, stabbing guitar harmonics and the irregular violence of The Dillinger Escape Plan. When they want to be more direct, the snarling guitars are a cutting shred of note-bending terror, whilst the acid-spitting vocals are impassioned and righteous.

Man, it’s a nice sunny day outside and I’m listening to Fort Hope and their eclectic mix of pop-rock-metal and I’m filled with joy. The jagged, riffs coupled with the sombre piano and soaring vocal dynamics all compliment each other beautifully. What is refreshing, is how Fort Hope aren’t comfortable staying in one place – this shifts through several different styles (the almost classic-rock breakdown halfway through for example) and brings to mind the quirkiness of Aconite Thrill; therefore, I love this – great job.

Big chorus guys, loving doing the “woah-ah-ohs” and that. This snapping hydra means business and business seems to be wrong-footing the listener as much as possible. Contorting, ugly riffs smother the more angular and chaotic elements, whilst the melodic-rock chorus bursts forth out of nowhere – puzzling but altogether not as generic as originally thought.

Okay, so this is more like it. Not only is Fuck Quest an excellent song title, it also rocks the bastard house to the foundations. Want something to get baked to? This will do. Whilst somewhat more upbeat that the usual stoner-rock drift, this boasts furious, rampant drum patterns, some seriously meaty riffs that would gush blood if you bit into them and a voice that has been savaged by a destructive smog. Think Torche, Mastodon and Fu Manchu deciding to form a supergroup and you’re not a million miles away from this impressively heavy beast – fantastic.

Holy crap, this is pissed off to the core. Sick Feeling are from New York and the hate punches through from every chord, cymbal crash and vocal rasp. They sound like they don’t want to live, don’t want to exist – that even the notion of playing music is utterly, utterly disgusting. Think Some Girls if they were more splatter punk, but even that comparison doesn’t do it justice – Sick Feeling sound like they’re plumbing the depths of darkness and are a savage, ritual of tearing consuming fury. Best punk rock I’ve heard in quite a while.

Old-school sounding post-hardcore that falls into the derivative camp with a resounding thump. This is a struggle, even at only 3 minutes, there’s nothing here to grip you – no hook, no substance, it’s just digging up corpses and operating the decaying mouths and hoping no-one notices.

Sirens In The Delta – Paris

What’s that, you want some fist-pumping rock ‘n roll? Go on then. Sirens In The Delta are firing on so many cylinders during all of Paris, especially the sweating, raucous chorus, backed by grunge-rock guitars, Monster Truck-riffs and a charmingly sultry female vocal lead that you will instantly warm to. You can imagine thundering down the road screaming along to the frankly, ear-worm burrowing chorus and enjoying every minute of it.

Breakdowns absolutely litter this. It’s like the truck carrying them shed it’s load, distributing them all over Defiance, a song that couldn’t be more boring or contrived. Essence offer nothing to the metalcore pallet; due to the fact there’s no hook here in this unmemorable slab of “boohoo I had a bad childhood” angst. Borderline offensive for being so drab.

“It’s fucking freezing” intones a robotic voice – then the riff kicks in. Good lord. Alright The Captain aren’t about making things easy. The bass sounds like it’s going to chew its way out of the speakers; gnarled and gnashing away at the airwaves, whilst the rest of this off-kilter, glitch-ridden instrumental scrape is a heady mix of The Austerity Program jamming with OXES. In places, this resembles the creeping dread of a thoroughly sinister film score – you’ll be looking over your shoulder around the 2:40 mark as the swirling electronics kick in and the noise-rock fuzz makes itself known.

Daveit Ferris – This Is Your Captain Speaking

An explosive sugar rush, Ireland’s Daveit Ferris is a high-five of explosive, exhilarating energy and other words that begin with ‘e’. Heavy synth led pop-punk fun-times is scrawled in bright colours on this early-Weezer fuzz of guitar-swinging shout-a-long melodic rock and it sounds absolutely massive. He’s also writing a song-a-day as part of a project called 365sparks, which is well worth checking out.

Himself – The Cursed Song

This lot will divide opinion. Whether you find Himself’s spoken-word babbling mantra annoying or revolutionary, you can’t help but give them kudos for trying something different. Not sure what to classify this as -personally, I find the no-inner-monologue rambling quite excellent, coupled with the dream-like angular post-rock scrape and the acappella vocal breaks, this is both eccentric but refreshingly sinister.