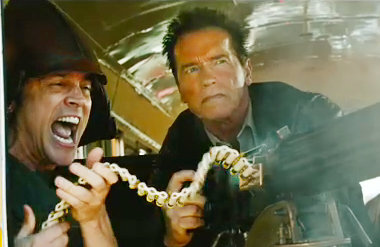 Not as good as last months CD, which was crammed so full of awesomeness, that I suppose you have to make some sacrifices the next month. Still, Letlive, Defeater, Lonely The Brave, Counterparts, Wilson, The Saddest Landscape, Tallhart and Crash of Rhinos are all good eggs. Also, here’s a Spotify playlist (minus Lonely The Brave, which isn’t available yet) for you to enjoy. Go on.

There’s no denying the madcap frenzied splatter of Letlive. Coming across like Daryl Palumbo howling and sassing his way over Refused-worthy riffs, Banshee (Ghost Fame) is a volatile explosion of sound and colourful textures. The only concern I have is it’s a bit too polished and a touch of auto-tune creeping into vocalist Jason Aalon Butler’s ever-changing, rapid-fire delivery. Aside from that, it’s a dangerously catchy and aggressive slab of heavy rock.

Goddammit, Defeater you really are too awesome. In the hardcore punk stakes, their raw, emotionally wrought sound is second only to TouchÃ© AmorÃ©. “AND STILL ALL I SEE IS THE BASTARD IN ME!” roars vocalist Derek Armchambault – emotionally broken, melodic hardcore spat with that raw fire and elements of La Dispute structure shining through – yet another burning example of forward-thinking, modern hardcore that’s so vital and accessible.

We Came As Romans – Fade Away

Not feeling one iota of this at all. The stuttering, fractured vocal effects sound utterly awful and aren’t helped by the generic breakdowns, muddy production and boring drumming. The big melodic choruses are a saving grace, but are spoiled by those FUCKING glitching vocal wub-wub-wub sections which can go play in traffic.

As an idea to make their music sound even a nano-percentage more interesting than dipping your head in a bucket of grey paint, Five Finger Death Punch somehow roped in Rob Halford on this. Sadly for FFDP, Halford’s vocals are the ONLY GOOD THING on offer here as the rest blows huge chunks of American-meathead-bro-metal with the kind of lyrics that would make Papa Roach embarrassed.

Here to no doubt make you feel better about everything, Lonely The Brave are all about the heart – specifically singing right from it and touching yours as well. The rough and enriching vocals, not to mention atmospheric guitar rock and heavy drum beats are all part of Lonely The Brave’s swirling cocktail of gorgeous and life-affirming rock. Utterly wonderful, devastating and inviting all at the same time.

Taking their name from this Alexisonfire song (RIP) Counterparts do that hardcore thing – whilst not as good and embittered as Defeater, it still holds its own in the aggressive stakes and the melodic passages, feel like a nice tribute to the defunct No Transitory-yelping mob.

Hell yeah that’s a weird band name! Hailing from Parma, Damned Spring Fragrantia want to put the tech back into technical. The opening torrent of bass on this is ridiculously contorted and twisted, whilst the guitars change from chugging metalcore-by-numbers, to tappy, happy-sounding math-rock, despite the guttural vocal bleating.

With that name and THAT song title, some emo-crying was on the cards. Not the case, eh? Having been around for over 10 years, this is the first I’ve heard of The Saddest Landscape, who pedal that raw, fractured underground emotional hardcore with the rage of Ampere and the desolate, punctuated-for-emphasis stabbing guitars of I Would Set Myself On Fire For You – caustic, hollow and utterly devastating.

OK, this is off an album Wilson released a few years back – probably because getting hold of their new one (titled Full Blast Fuckery) is damn impossible unless you live in that them Americas. Anyway, Snake Eyes has that swagger of Every Time I Die having a beer-fuelled party with Turbonegro. Cleverness and intricate song writing can fuck off; this is brash, wild rock ‘n roll debauchery from a bunch of bearded lunatics off their faces.

Let’s get two-stepping bitches. Taking their name from the end of level boss from Unreal Tournament (not really), Alpha & Omega do big-style LA-hardcore. You know, shouting about “THIS IS MY LIFE! THIS IS MY PAIN!” cut-off t-shirts, massive shorts, mosh-pits in living rooms, stage-dives, high-fives and being rad-as-fuck. Think Trapped Under Ice, with a bit of Pantera thrown in for good measure.

In League With Lions – I Stand Alone

The really intense, fast-paced screamy bits are a rasping, hate-fuelled blast of raucous energy, that In League With Lions fail to keep up. The quieter moments and clean-vocals are piss-weak and far too polished and don’t feel part of the song at all; rather something tagged on at the end because they felt the track wasn’t long enough (which it is, by about 3 minutes – trim the fat guys, more concentrated direction needed).

The sun is out because Crash of Rhinos are on the stereo. With all five members of the band bellowing at each other over the wave of warm, enriching, intricate indie-rock-meets-Meet Me In St. Louis emo, you can’t help but feel brimming with positivity and good vibes. Scuzzy dual-bass lines mesh nicely with the exuberant cymbal crashes and tight-guitar lines to form something that’s quite special indeed.

Guys, Set Your Goals are wondering what happened to those demos they were working on? Oh right, 30 seconds into this, you started to shout all over them – fair enough. What began as power-pop-punk that we all secretly love, dips its toe into neck-straining screams and progressive guitar builds and never really returns. Gnarly and passionate and also free for download!

Another day, another helping of Victory Records bullshit. Embarrassingly generic, auto-tuned-to-death mosh-pop-girlfriend-metal that no self-respecting individual would have the misfortune to be caught dead listening to. Avoid like a thousand billion plagues of locusts.

You can tell why Max Bemis likes these guys. The vocals are crisp, soaring and utterly captivating. Musically, it’s uncomplicated indie-rock, with a folk edge, huge monolithic choruses, that are radiating warmth, backed by luscious chords. American-radio rock? Yeah sure, but when it’s done this good, you can’t help but press play again.