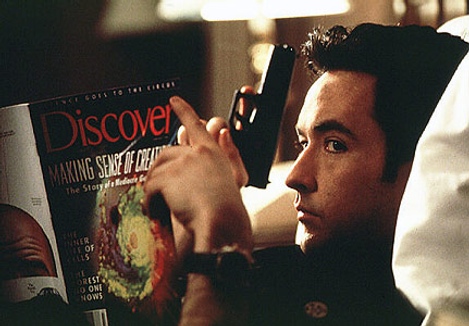 Holy hell, Reading and Leeds is a few days away now. Yes, soon it will be time for a load of teenagers to descend on a field and act like Rome is burning. I hope Trent Reznor just plays a massive hour long version of The Perfect Drug. This month Crossfaith, Stray From The Path, Karnivool, Hands Like Houses, CB6, Desolated, Pariso, Caves, Drones and Ivy League TX are all worth immediately tuning into right now. Here’s a spotify playlist (see below for links to songs that weren’t available) ENJOY!!!

Blessthefall – You Wear A Crown, But You’re No King

Never going to like this am I? The shouty bits, are pretty brutal – got that double-bass drum pedal going like the clappers and the guitars are slick, clean and scything. Melodic bits sound really badly shoe-horned in – like a mash-up that never got finished in time. The electronic-blips are nice and subtle and at least, aren’t forced so far down your throat that you choke.

Crossfaith – Hounds of the Apocalypse

Apparently, Crossfaith originated from three of its members being in a LINKIN PARK/LIMP BIZKIT covers band. One can only imagine what that sounded like. Hailing from Japan; this is a rage-induced splice of flowing synths, punishing beats and aggressive, snarling metalcore. Abrasive and battle-rousing, the meshing of keys with bro-step metal isn’t original, but Crossfaith sound like they don’t want to be taken seriously and the sparse-rap-rock parts are an example of this. Definitely worth investigating.

Stray From The Path – Badge And A Bullet

Oh wow, where to start on this! The squealing pedal-driven guitar-pitch falls between annoying and genius; whilst vocalist Drew York spits and snarls with all the venom of downset‘s Rey Oropeza, with elements of Zach De La Rocha’s high-pitched charm sneaking in. The message is FUCK DA POLICE in big flaming letters and sounds like it fell off The Shield soundtrack. Actually brilliant and I mean this in all its windmill-pitting glory. “YOU CAN TRY IT BUT I WON’T GO QUIET IN THE BACK OF A COP CAR!”

This kind of reminds me of Junius a bit – layers of heavy guitars, thick bass leads that are crunchy as hell and a frantic, scrambled build of excitable and tantalizing noise thrown in for good measure. This roars and crackles with power, passion and gutsy determination.

Boring, tediously long metalcore without a shred of originality. Yes, the drumming is pretty tight and a focused, power-house onslaught, but there’s nothing going on here to make Like Moths To Flames stick their head over the parapet – they’re still at the bottom of the castle rolling in the mud with their fingers jammed up their noses.

We Butter The Bread With Butter – Pyroman Vs Astronaut

German apparently. EXPLAINS A LOT. Must be shit metalcore month, because this blows huge chunks. Nonsense screaming over lumpy, ugly synth-led beatdowns, that try and shoehorn in Killswitch pitch-harmonics, but it just sounds so woefully inept and tiresome. Awful, do you know what, I can’t even finish listening to it – seriously, this is insultingly bad *Skips track*

Don’t watch the video to this because the synchronized pogoing by the guitarists is completely cringe-worthy. This isn’t bad – I mean, it’s post-hardcore by numbers; marring the shouting/low-end heaviness with the melodic, uplifting chorus is achieved admirably and the gruff-macho edge is executed well. It’s predictable, but competent.

Quite a curveball this – sounding like a run of the mill pop-rock, this changes direction by being heavy – not brutal metal heavy, but riff heavy – huge pounding blocks of crunching, clean guitars that hit home hard. The keyboard flourishes add a nice muted atmospheric flourish and the vocals are brimming with grandeur and heart.

CB6 – Elephant In The Room

This is more like it. CB6 are wrought and somewhat twisted in their gnarled and feral sound. Sounding like an 80s hardcore band playing Pantera songs – the grooves, shuddering serrated riffs and throaty vocal rasps are fresh and acerbic – great stuff.

Desolated – Death By My Side

Goddammit, this is some heavy-ass shit. Making every other band on this month’s CD sound like a j-pop act, this is where true earth-shuddering intensity lies. The cookie-monster vocals are delivered with the kind of ragged-savagery you’d expect from a band who title their album Disorder of the Mind. Thunderously mosh-tastic fury is channeled without any subtlety; instead more riffs and unrelenting power is punched straight through your chest cavity.

This sits uncomfortably on the fence alongside french nutjobs, The Rodeo Idiot Engine due to its contorted and unholy howl, made all the more weird by the quite beautiful backing vocals provided by Katie Malco (Alcopop records) that sit just beneath the surfaceÂ  of this splendidly thunderous, doom-laden post-metal storm – w0w, truly spectacular and surprisingly uplifting!

Skater-types Drones look and sound like they haven’t finished school yet; their bratty, nasally punk rock harks back to the days of Household Name Records, particularly the sound of Belvedere and the pop-fury of Captain Everything. The vocals also remind me a bit of the singer from Billy Talent – scrappy, sharp and slightly screeched delivery that spat with exuberant fire.

Ivy League TX are the kind of band that you hear about 20 seconds of and immediately fall in love with. The fractured, distorted guitar work that brings to mind Title Fight at their most-grungy and miserable, mashed with the speed of Pennywise and the aggressive vocal spit of The Wonder Years and the hooks, sweet Jesus, the hooks – they’ll latch into you and won’t let go.