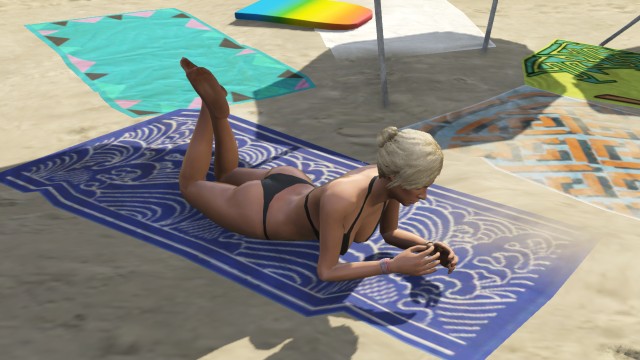 Interesting month this one – Digits, Mayday Parade, Emperor Chung, Knuckle Puck, Vamps, Gates, Bear and Protest The Hero all do a good job and are worth checking out. You can find a playlist here.

The days of an AFI who released Answer That And Stay Fashionable are as dead as Mr Blonde lying in a heap with a whole clip in his evil, flabby chest. This isn’t the Davey Havok who screamed about wanting a mohawk. Heck, it hasn’t been himÂ  for 4 albums. Vocally, it drips with melodrama and it’s hard to deny what a cracking singing voice Havok has, but the music is flat, dull and formulaic, something that the AFI of 1995 would set on fire and kick down some stairs. Start fucking screaming about wanting to have an S.A.T. score less than zero.

This starts off like a thrashy pop-punk number, with tech-metal guitar lines desperately bleeding through. Then it’s as if fingers are being sliced apart on guitar strings, as it just gets incredibly silly, sporadic and brilliantly intricate. The vocals are kind of Mars Volta-ish, mixing the odd scream here-and-there, but it’s the tech-punk rock bits that litter this that really raise a smile.

Right let’s see here… giant robot-totem/transformer thing on a desolate frost-bitten wasteland on your album cover? Check! Album title that references revenge/failure/hatred/despair/war? CHECK! Really FUCKING SHIT song titles? CHECK! The amount of weird stop-starts, not to mention the generic, plodding guitar and the frantic, out-of-place solos are just bizarre and stupid, but that’s what you’d expect from the poor-quality metal that Trivium seem to be forever delivering.

This is sickly sweet, with a teeth-rotting formula. I’m guessing Mayday Parade have a massive fanbase, because this is the kind of bouncing, dazzling pop-rock that fills venues, which is ace. Love the strings around the halfway mark and the drawn-out coda, which is a mixture of overlapping vocals, flowing keys and delicate harmonies.

Apparently a crunk-core solo project, The Browning used to have a rapper as well before he left to be a stand-up comedian. Anyway, this sounds like Fear Factory chewing on Christmas lights. Still better than Trivium, because I’ve actually listened to this twice and not wanted to go and do something else.

Tech-metal stuff going on here from Illinois. Whilst it fits a fairly standard formulaic route that will have most people checking their watches, The Color Morale actually do a good job of expanding their sound somewhat, especially in the closing minute, which morphs into a solid slab of almost pop-punk bounce to counterweight the earlier drab-heaviness.

Circles will instantly transport you back 10 years. Their music is a scrawling mash-up of grungy, nu-metal riffs, that all have that similar, throaty, stuttering scratch, whilst the vocals are a bombastic blast of soaring Maiden-esque theatrics. It’s a fairly dense slab of heavy, shuddering metallic rock that wouldn’t look out of place on a Kerrang! compilation and those wanting some wallet-chain nostalgia and something they can jump around to and be angry about could do a lot worse.

Just looked up Oceano, and there’s no original band members left! Those guys. Cookie monster vocals are the norm it seems and are both hilarious and bad in equal measure. There’s really no riffs on offer here, just the relentless dirge of shuddering drumbeats crashing head-first into the sludge-coated guitars. Repellent, toxic and borderline un-listenable, which is possibly what Oceano were going for.

So Linkin Park MK.2 then? Dangerkids even freely admit this, which is decent of them, because that’s the name that will be attached to them for all of eternity now. Unfortunately, it’s a particularly lame version of Linkin Park – as Hostage has none of the fire or memorable choruses present on the nu-metal titans debut. There’s too much of the meat-head vocals and not enough of the MC present and it’s been done A BILLION TIMES BETTER THAN THIS. At least if they’d have kept up with the rapping it would have been funny – not good, but funny.

Jesus, talk about low-end. Bear drag that bass through the dirt and give it a thorough workout. What we have here is volatile, grubby and deeply unpleasant metallic-noise rock that twists and contorts with vicious snapping ticks. Meshuggah-guitar howls radiate from this, as well as the kind of harsh chaotic hardcore you’d associate with The Rodeo Idiot Engine. It’s awesome, that’s all you need to know.

This raises a smile. Vamps manage to make music that a truckload of out-of-date stilton would say smells stronger. Think Van Halen-esque big operatics, the cock-rock strut of party-rockers Wilson, sleazy garage rock ‘n roll and some keyboards thrown in for good measure. Make no mistake, this will be sound-tracking the party scene in the next American teen-coming-of-age film, because it knows its audience and ticks all the right boxes.

Thank you Gates for sounding really great. This reminds me of old emo-rock, back when it was all heart and not hairstyle. Twiddling guitar lines, and beautiful post-rock passages, this is an expansive and intricate musical experience. Think Thrice when they started experimenting with their post-hardcore sound.

MIGHTY DUCKS 2! Knuckle Puck are a punk rock band from Chicago and they rule. No Good has the spitting, joyful bounce of The Wonder Years, with overlapping vocal-leads that hark back to the days of Adam Lazzara and John Nolan thrown in for good measure. This snarling and trashy slice of sunshine and beer-hair is solid gold and an absolute blast of youthful energy and a puck to the fucking face.

The guitars on this will nag and dig away at you. Yes, you’ve heard them before, they existed somewhere on every album released back in 2001-2 that fitted into the Hundred Reasons/Hell Is For Heroes template. Digits sound absolutely cracking on Violence; channeling raucous screams, with their heavy, hard-rock choruses, stop-start dynamics and anthemic gusto. Digits sound like they’ve been lost for years and only just found – get on this immediately and relive your youth with a huge grin, especially when that bit in the chorus kicks in.

Emperor Chung – I Vow This Day

LARGE HAM ALERT. The wonderfully daft comic book album art gets two enthusiastic thumbs up, as does the flamboyant and eccentric styles this Midland’s quintet channel. Vocally it gives a nod to Miles Kennedy and musically it’s a grand, Queen stamp of fist-pumping heavy rock, with enough BRIAN BLESSED theatrics to be both hilarious and quite cheesy. It’s difficult not to keep a straight face when the words “I VOW! THIS DAY!” enter the fray.