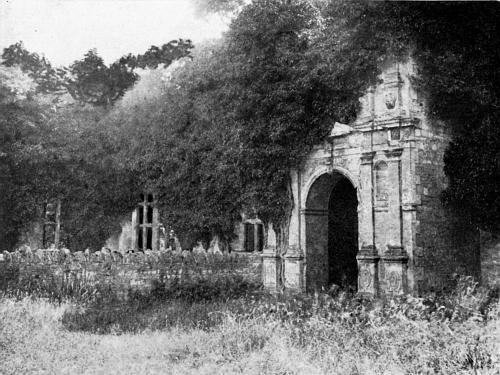 An interesting mix this month. Four Year Strong, Crazy Arm and A Loss For Words fly the flag of punk rock with relentless enthusiasm and maniacal delight, whilst La Dispute turn hardcore upside-down; Trapped Under Ice completely stamp all over it and Lifeless win the award for ‘funniest band I’ve heard in ages.’Â  Props to Collapse Under The Empire for being truly fantastic also and contributing the best track on the CD.

Pop-punk has been consistently excellent this year â€“ Four Year Strong continues that trend superbly. â€˜Stuck In The Middleâ€™ mixes the right amount of part-melodic, antagonistic aggression with some sublime pop-hooks, whilst dual vocalists, Dan Oâ€™Connor and Alan Day do an impressive job of finishing each others sentences on a track that has one of the most infectious choruses Iâ€™ve heard all year â€“ if all the songs on their new record even touch the greatness of this â€“ holy shit!

Never heard of these guys before, but suddenly I want to hear everything theyâ€™ve released. Talk about tense â€“ La Dispute is unlike any hardcore band Iâ€™ve heard. Their sound is incredibly concentrated and sharp; the guitars and bass taunt and edgy- the drums crisp and loud â€“ what sound like handclaps gives it an oddly sinister edge, whilst vocalist Jordan Dreyer has a range, not dissimilar to Jeremy Bolm of TouchÃ© AmorÃ©. Whatever theyâ€™re doing, itâ€™s the sort of uneasy and astringent hardcore that I can appreciate.

Five Finger Death Punch â€“ Under And Over It

I admire the stones Five Finger Death Punch have in their continuation to pedal their sub-standard, frat boy nu-metal poseur-core to the masses. The backing vocals JUST about save this from being complete garbage. If they ditched the shitty harsh vocals this would still soundâ€¦.wellâ€¦.terrible, but at least it wouldnâ€™t have such cringeworthy lyrics that even Durst would turn his nose up at.

Never been that taken with Machine Head. This isnâ€™t bad though. Guttural, vicious sounding guitars that plum the depths of sludgy, metallic noise as well as retaining that standard heavy metal chugga-chug beat-down. For the most part though, itâ€™s proper bruiser-core breakdowns, fret-wankery and something that resembles a band that have survived where many of their contemporaries have fallen.

Opening 10 seconds are post-rock, and then it all goes to hell. A scathing, relentless pound of agitated metal that combines elements of some of the most bleakest and raging hardcore youâ€™ve ever heard. In some places, itâ€™s pretty damn tech â€“ a methodical progressive build of tech, rather than DEP-spazzcore knee-jerks of chaos. This anchors rage and aggression into a churning maelstrom of rage and pensive brooding.

From first impressions itâ€™s far too easy to dismiss this as Bridge 9-dumbcore. Itâ€™s more like Snapcase with muscles though. The vocals are a snarling sneer, with that almost-unintelligible bark, backed by strong gang bro-core backing vocals, overwrought guitar lines some crunching drum beats and the odd solo for good measure. Plus, one of them looks like Alan Tudykâ€™s younger brother.

This is 65 seconds long. It sounds like Cerebral Ballzy with worse production, a singer that isnâ€™t singing out of his nose, but instead snaps like an irritated parrot, whilst the rest of the band try and play a mix of an Anthrax b-side with Rudimentary Peni and it fucking rocks the bastard house, especially the mangled-guitars which sound completely detuned to buggery.

Barely restrained, Crazy Arm absolutely bulldozes their way through this 3 minute bounce of melodic punk. It gives a strong nod towards Millencolin; with certain riffs sounding like lost songs from the Swedish quartets â€˜Home From Homeâ€™ album. Like Against Me! going hell for leather after far too much sugar and red bull; they absolutely storm it with this passionate ramshackle of fist-punching rock â€˜n roll.

With a familiar nasally, but hopeful sounding whine on their singer, (hello Dallas Green impersonator!) Verses seem to be bridging a gap between pop-punk and early-emocore (back when Funeral For A Friend sounded good) but without the screaming. Itâ€™s decent, but a tad run-of-the-mill in places. It lacks punch and that snapping bite that should really be present in music of this calibre.

A Loss For Words â€“ The Hammers Fall

Ah man, A Loss For Words sound like total fun. Smacking so much of The Wonder Years, their spitting, cheeky fresh-faced pop-punk barrage is chock with goodtime melodies, huge choruses and an early Weezer-sound (think Blue-era, mixed with the fun of Green) drenched in sweat and beer hair. Get on this.

Silent Screams â€“ When It Rains

Sounding a bit like Emmure crossed with some experimental heavy metal, Silent Screams are pretty gnarly. The dual-vocals, (both harsh and melodic) actually compliment each other fairly well, despite being so utterly generic it hurts. With some incredibly low tuning, and possible crab-core actions should they ever produce a music video, it still sounds a lot better than most metalcore thatâ€™s around at the moment.

You can hear the pain in Ed Starcher, vocalist for Reverse The Curse. It feels real, a lot more real than someone wearing eyeliner. His voice almost breaks, when the opening salvo of his fragile, scraping scream hits you. The bass-driven, taunt punk is fairly sinister in execution, stopping and starting, whilst radiating a gruff Hot Water Music spit of fractured energy.

Slightly too sickly for my tastes â€“ Ocasan are pop-punk to the core (and they can deny it as much as they want). Imagine Something Corporate with fewer balls. Okay, thatâ€™s being unfair â€“ the kids are going to love this, seriously â€“ itâ€™s got that ace hook and a confident vocalist who knows how to belt it out, but it feels a bit kids club New Found Glory for Juniors.

Collapse Under The Empire â€“ Giants

Sounding like it should be sound-tracking a film like Inception, Collapse Under The Empire ramp up post-rock to new and dizzying heights. Weâ€™re talking layers of build here; interspersed with sombre piano breaks, glitching electronics morose, heavy-hitting percussion and the sense that the world is truly about to end. Final battle sequences, a spaceship being destroyed, slow-motion shots of planets crashing together all apply here â€“ absolutely phenomenal soundscapes.

The combination of quite dark and menacing hard rock with the oddly melodic (but no-less imposing) vocals is a strange one. Junius make that kind of unsettling and over-dramatic sounds, that focus on layers upon layers of bold Neurosis-style guitar wails and this relentless pounding heaviness that doesnâ€™t give up or allow any quarter.