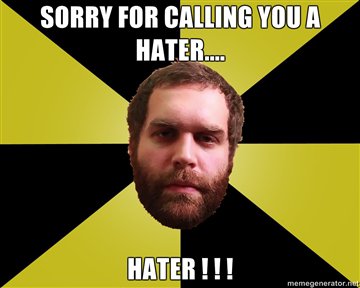 Hello! We have moved! Actually, everything is pretty much the same, except new server, new OFFICIAL ownership and actual total and utter control which we should have had years ago, but were too lazy to sort out. All is good in the KIF house. What better way to celebrate my a slating/praising/some pointless rambling about some bands from a Rock Sound CD. Yeah?

Retaining the similar catchy riffs from their debut â€˜Casually Dressed And Deep In Conversationâ€™; Funeral For A Friend seem to be making a stab at grasping at the time when they actually sounded good â€“ the pop elements that dominated most of â€˜Hoursâ€™ are present; but seem a lot keener and more earnest. Itâ€™s still not quite what I expected as a comeback, but Davies-Kreyeâ€™s voice has never sounded stronger.

Yellowcard â€“ For You And Your Denial

Does anyone actually listen to Yellowcard? Thought not. This sounds proper weak to their old stuff. I blame them kicking out their old singer â€“ yeah, itâ€™s a case of â€˜preferred the early stuffâ€™ and so would you; this is so wet â€“ sure, itâ€™s fast, but completely soulless, dull and throwing a violin at it isnâ€™t going to cut it here.

The â€˜hilariouslyâ€™ named D.R.U.G.S. are apparently a super-group of modern emo-alumni, led by Craig Owens who was once in Chiodos. The intro is actually fairly heavy â€“ stop-start rhythmic blasts that lean towards being somewhat hardcore. The use of trippy beats and glitching noises turns it away from the predictable pathway of wailing vocals and a chorus that could have been cribbed from ANY of the bands associated with this group. Patchy.

It must be cold in the Defeater studio. The chill this track has is sharp, gritty and will make you shudder. The vocals are spat, rather than sung; half the time sounding like a fanatical preacher raging at a patriarch, with such ferocity (â€œYOU COWARD! YOU COWARD!â€) itâ€™s perhaps obvious to make some connection towards absent figures and daddy-issues.

Sometimes I wish I wasnâ€™t such a massive sucker for this sort of punk rock. You know; the stuff that mixes clean/shouted vocals so well; rollicking along with that kind of 90s emo intensity, mixed with Four Year Strong-meets Set Your Goals hardcore attitude; fist-pumping choruses, spluttering lead vocalists and massive stupid-grin-on-my-face dumbness. Uplifting, boisterous punk that I canâ€™t get enough of.

The bass on this sounds as if itâ€™s been dipped in sludge and left to rust. Itâ€™s a dense, tight attack that seems to rely on disconcerting the listener, whilst a man doing a very impressive Kevin Baker of the Hope Conspiracy impression as the guitars chew and mangle their way through just under 3 minutes of bitter and twisted hardcore.

Within Temptation â€“ Where Is The Edge?

Not feeling this at all. True, sheâ€™s got a decent voice and thereâ€™s some nice keyboard moments, particularly the breakdown, but Symphonic metal never really sits well with me; and always seems to sound, well â€“ repetitive. Massive rising and crashing choruses, quiet patches of instrumental build, bit of wigging out on the guitar â€“ not for me really.

This doesnâ€™t actually go anywhere. TesseracT seem to rely on shitloads of build and interesting movements, but they all seem to then fizzle out, only for them to start a new idea that then fizzles out, only forâ€¦.oh forget it â€“ you get the picture. Itâ€™s a complete fucking unlistenable mess that disguises some effective chugging guitar lines, which is a pity. Vocalist doesnâ€™t seem to have a clue what heâ€™s doing and nor does anyone else.

Some slick riffs in this; Sick Puppies, want to be intense â€“ they want to be that edgy, no-bullshit band, that are unfortunately hampered by being so incredibly clichÃ©d. Grunge-elements, mixed with tired nu-metal from about 10 years ago; shout-sung vocals full of angst and bored bitterness. Nice backing shouts mind, but nothing remotely special.

This is the guy that fronts mathcore monsters, Between The Buried And Me. Screams and fragmented blast-beats of noise and experimental squeals are gone; what we have hear is looped piano chords, soft guitar plucking and a somewhat monotone yet, warm vocal lead that is greatly enforced when the drums kick in and everything gets turned up notch; in the style of Cave In crunchy rock. For some reason, I had expected something more electronic-based.

Vessels sound like a continent shifting â€“ thereâ€™s something eerily serene about their almost ambient post-rock soundscapes, with guitars and echoing warbles shifting in and out of each other, whilst a steady drum roll manages to slot itself beneath an ethereal haze of mesmerising sound.

Letâ€™s get angry. Focused, raw aggression is something that really makes music come alive. You can feel the spittle from the singer as they roar blue-bloody murder in your face, feel the guitars ringing in your ears and of course absorb the heavy vibration of the bass and drums as it buries you in sound. Ken MODE do this in the style of Taint-meets-Dillinger, pissed off metallic-noise hardcore.

Vocalists who sound like a pig being strangled = funny as hell. Earthshipâ€™s main squealer has a tad or porcine in his throat Itâ€™s dense â€“ riffs pummel and twist with a heavy, stoner crust and it clunks along at a strange, twisted gait, sounding a bit Poison The Well in some places.

The Royal Republic â€“ The Royal

Random Hand are flying the UK flag for skacore at the moment and itâ€™s easy to see just why. The mixture of gritty, trashed-sounding punk rock, snotty malevolence, Rocket From The Crypt-style brass blasts, quick fire vocal diatribes (in the style of the much missed Capdown) and a surprising amount of melody makes Random Hand the cream of the UK punk scene â€“ nice work lads.