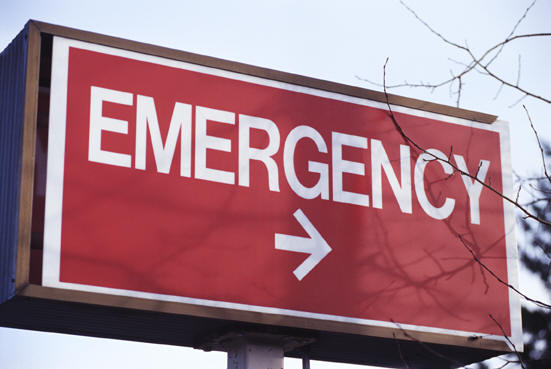 On Saturday I made the always fun trip to London and attended RoTa at Notting Hill Arts Centre. Despite it being a free gig, I still had to pay the Â£13.55 for the pleasure of visiting the big smoke, but still, itâ€™s a day out and seems better than sitting on the Internet all day arguing about whether Peep Show has turned shit (it hasn’t) and trying to do Doom 2 speedruns (almost impossible.)

The first band, An Emergency wasted no time in doing exactly what they said they were going to do at the beginning of their set: â€œplay fast and loud.â€Â An Emergency are a three piece, consisting of 2 guitarists and a drummer who proceeded to thrash out 30 odd minutes of danceable punk rock, interspersed with light comic banter in the form of a short debate about the merits of Marathon bars changing their name to Snickers. They seemed even more jagged and angular than when I last saw them; like 3 hedgehogs filled with starch wearing jumpers made of razor blades. Those looking for the missing link between Dischordâ€™s Q and not U and San Diegoâ€™s Hot Snakes would do well to listen to An Emergency. Energetic, packed with boundless enthusiasm and quality punk rock that you donâ€™t see much of nowadays.

After that spirited performance, Jonquil took to the stage, a band I knew very little about. In comparison to the frantic mess of exuberance I’d just witnessed, this collection of musicians were a concise arrangement of different sounds and styles that complimented each other beautifully. At times their sound ranged from drunken sea shanties (see ‘Lions‘, a jaunty 2 minute romp) to wonderful melodic, layered pop music and of course, gang vocal chants which I love like a fat man loves cake.

With the afternoon nearly over and much gassy,watered-down beer consumed, This Town Needs Guns took to the stage. Itâ€™s easy to see why this oxford quartet is so highly regarded in indie circles. Their tight, tappy emo rock falls into the similar vein as Kinsella types, American Football and Owls. With this type of guitar rock making a considerable dent in the music scene (see Pennines, Tubelord for further examples) This Town Needs Guns are currently ahead of the pack. Despite their dubiously long song titles (‘Want To Come Back To My Room And Listen To Some Belle & Sebastian?â€™ which prompted the light-hearted heckle of â€œyou emo bastards!â€Â much to the amusement of everyone, including the band.) they were an impressive and elaborate set of musicians, even though I felt both guitarists were trying to play different songs at varying speeds at one point. They ended with a blistering rendition of â€™26 Is Dancier Than 4â€™ a fine performance and a solid end to a great afternoon of music.