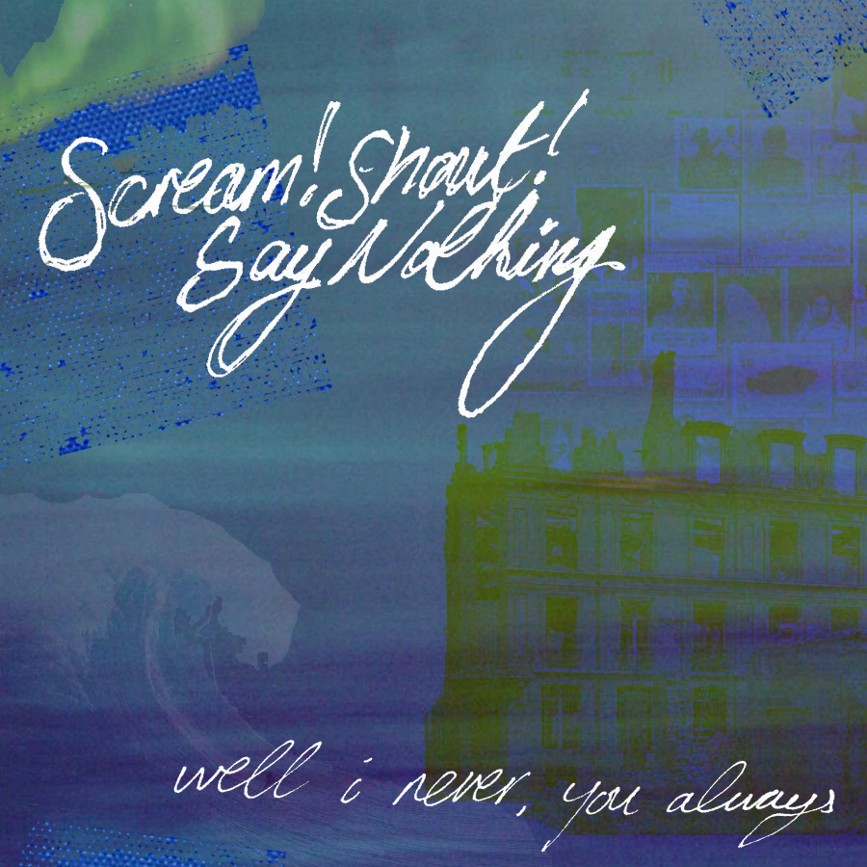 Itâ€™s a bold step forward for Scream! Shout! Say Nothing. From the success of Septemberâ€™s superb ‘The Animals Still Run This Cityâ€™ debut, which focussed more on a jarring, metal-tinged heavy rock sphere, this 2 tracker dips its progressive toe into the waves of structured, post-hardcore rhythms with a greater emphasis on the vocals and dare I say harmonies! Note; this doesnâ€™t mean the Hertfordshire 5 piece have mellowed – thereâ€™s still that same rage, that same passion, but their sound is tighter – focussed and slams home with the force of a Statham roundhouse kick to the ribcage.

Thereâ€™s a bit in ‘Well I Never, You Alwaysâ€™ at the 1.15 mark, where the vocals slide behind the steady drum rolls as if they were recorded with singer Ben Davies shouting into a storm. As the crescendo of beats slowly builds and builds and the muted guitars gently swarm forward, Daviesâ€™s harsh bark breaks through under the volley of crushing riffs and sporadic drum hits. This furious beatdown continues, with the precision and accuracy that was last heard on a Yourcodenameis:milo record; but yâ€™know, heavier, with that dangerously infectious melodic edge that glistens with razor sharp charm. The gang vocals at the end, along with the chant at the 2.40 mark (â€œand it feels like weâ€™re riding, riding the waves of infinityâ€Â) come in at just the right time and burst forth with Dananananaykroyd-style euphoria and air-punch fury. A scary, but fascinating amount of determination that bleeds through on every shout and every scream.

The second track, entitled ‘But Sir Iâ€™m The Kingâ€™ favours a calmer start, with the same looped guitar part and overlapping vocals, which feature some amusing word play (the first stanza being â€œDo I think youâ€™d agree at the barrel of a gun? If I did, Iâ€™d be armed to the teethâ€Â). It sees a departure from the more Refused-hardcore elements that were present on their debut and instead focuses more cleaner vocal lines, ambient passages and even post-rock tendencies. However, there is a nod towards Alexisonfire’s Pulmonary Archery, which keen-eared listeners will pick out with ease. As the track builds to a thunderous conclusion; the almost wall of sound that beats like a fucked clock suddenly cuts to a dramatic yet soothing coda of dark, mood-filled strumming. Here it is easy to see the Explosions In The Sky influence in its full glory and some elements of Irish ‘we’re not instrumental, we just don’t have a vocalist’ war-bringers, And So I Watch You From Afar.

I wouldnâ€™t have thought it possible for Scream! Shout! Say Nothing to get any more zealous. I was wrong – these two tracks latch on to you like a set of claws; fervently gripping you in their layers of sprawling sound and spaced-out grandeur.

‘Well I Never, You Always’ can be pre-ordered here for just 99p!