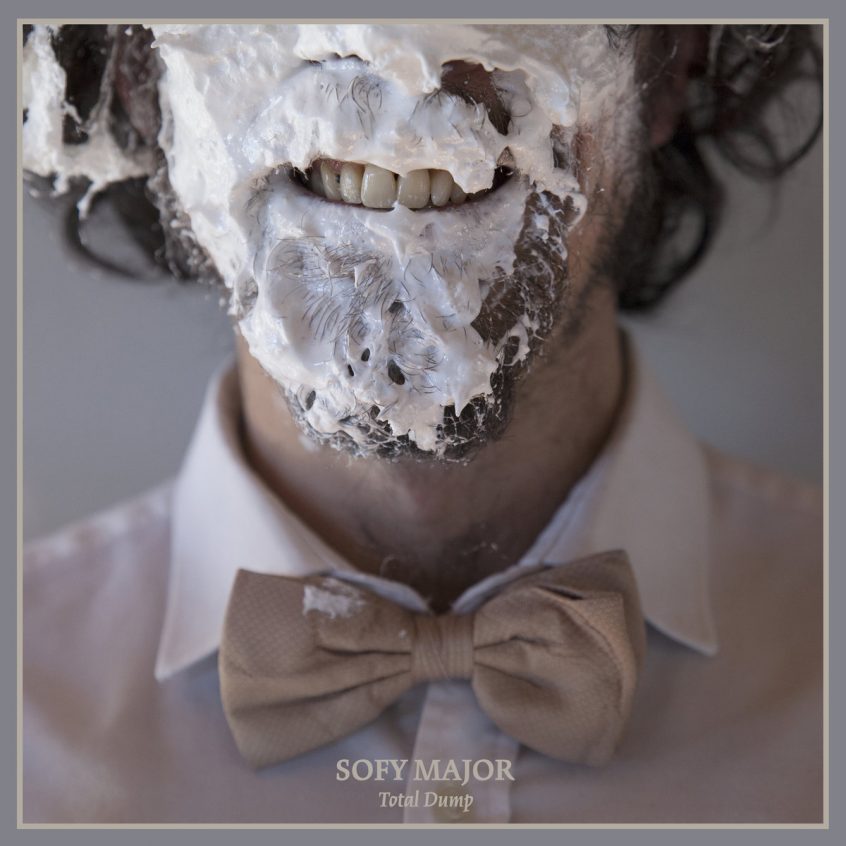 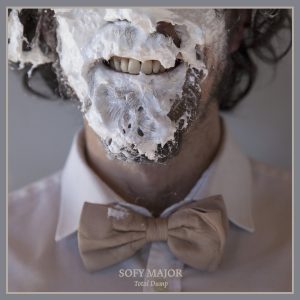 It’s great when a band doesn’t take themselves seriously. France’s Sofy Major don’t really fit into the noise rock template – they’re more likely to flush it down the toilet than conform, which is refreshingly brilliant. Glancing down the 11 tracks on Total Dump, (their 4th full length) Sofy Major are channeling the stark and mundane feelings of Pissed Jeans mixed with Red Fang’s grinning nonsense.

The tone of the album is set in rock-hard porcelain with the impenetrable thump of the title track, which hits with Torche-esque booming resilience and oddly uplifting vocals, that lead into the final refrain “there’s always something left to tell…no-one to tell it” which brings you crashing back down to earth with the finality of it all. Not that this is a morose album, no – far from it, from the juvenile track titles and the grim lyrics, Sofy Major bristle with crunching disharmony. Tracks like the furious speed of Giant Crush Crash, which squeals and rolls like a runaway minecart on fire and the punching, barrel-rolling terror of Strike are a tantilising mixture of see-sawing guitar licks and growling bass tones held together by the trash-rock drums.

There’s some excellent vocal harmonies on the stalwart Cream It, with the brilliant line “Do you ever see them alive?” an utterly dismissive, sing-song rant, whilst the aforementioned Strike celebrates the power of the weather with the metallic roar of “I see lightning….STRIKE!” under the frenzied, mashed up punk-noise attack. Whether The Jerk is an ode to the Steve Martin film of the same name, I’m unsure, but it’s a spirited and almost sunny-sounding track from the French three piece, the guitars almost contort into tune and props to the insane levels of drumming at work.

The slightly NSFW video for Shiny Happy Asshole is well worth a watch – for something that’s an incredibly simple set up, loads of footage must have been taken to edit this down to just under 3 minutes of pure toilet-themed noise rock.

Tumor-o-rama sounds like a garage-rock song that’s been sliced apart and then reconstructed at a different speed; with odd jarring pop-guitars wedged in various parts for no good reason, other than to perhaps delight. The superbly named Kerosene Mike (which sounds like a character from Grand Theft Auto V) is a volume-cranking barrage of chewing, coughing bass that grinds and spews a river of ugly riffage and again piles on the harmonies to still keep your attention. There’s some murderous sounding Mastodon-esque vocal barks on the punkish turbulence of Panamarama (seriously,  big round of applause for these song titles) especially the slightly muted backing cries during the songs sweat-stained chorus, not to mention the teasing, sprawling outro of Harvey Milk-style guitar wailing theatrics of despondence and misery. Closing track, The Longest Yard, unites everything under this shadowy banner of antagonistic grunge-metal distortion and seething, arm-flailing fury.

Total Dump by Sofy Major will make you want to crush beer cans into your head. It’s heavy, proper neanderthal-heavy ridiculousness, combining a commentary of mundane existence with the chaotic nature of three angry dudes shouting into you ear. Lovely stuff, get involved with this mess of drudgery and toxic riffs.

Stream/Buy/Smear cream into your beard, Total Dump by Sofy Major below.