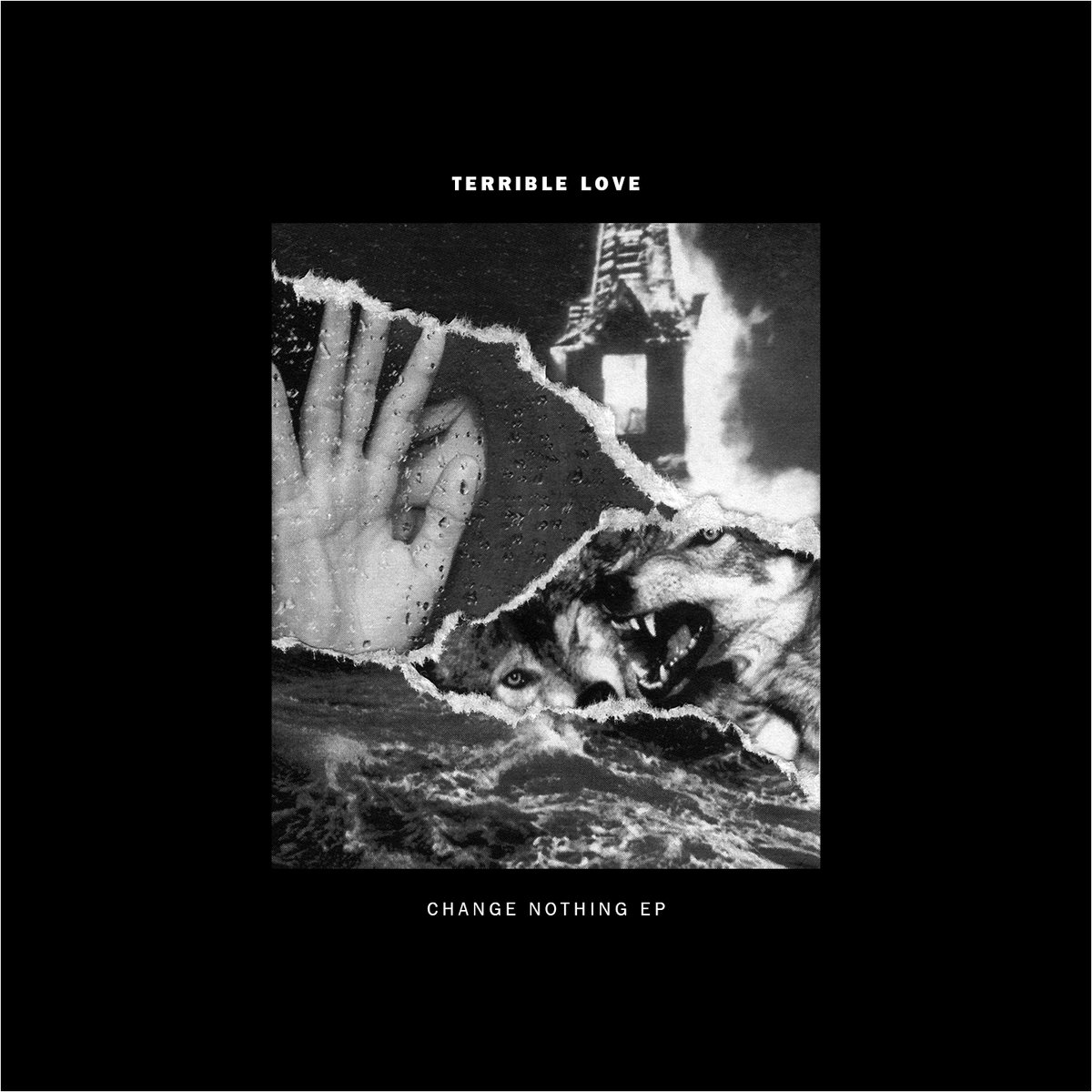 Band: Terrible Love
Album: Change Nothing
Label: None?
Release date: 16 January 2016 (free download on Bandcamp)
Sounds like: ‘Core in the sense. Modern, if you will.

Keeping their cards close to their chest, I’m not entirely sure who is in Terrible Love, but I know it’s made up of ex-members of *takes deep breath* Funeral For a Friend, Goodtime Boys, Bastions and Grappler; so rest assured, there’s a fair amount of talent burning bright in that melting pot of bubbling hardcore tomfoolery. It comes as a surprise then that Terrible Love really don’t sound like any of the above – bristling teeth-grinding trepidation; their hardcore ties together taunt, clanging, bass-driven rhythms, with a battling urgency to reach a swift and breathless conclusion. First track, Change Nothing, skips and dances through a number of rhythmic changes, bursting from a rolling hardcore gait, to a stop-start punkish attack, drenched in sombre melody. “I’ve been treading water, so far out of my depth…” spits Terrible Love’s mouthpiece, churning up one hell of a chorus as we’re encouraged to chant the words “STOP TRYING, CHANGE NOTHING!”

The atmospheric slide of They Need You, brings to mind 90s-sounding hardcore mobsters Turnstile, just for the eerie-shift in tone, if nothing else – the huge scrambling guitars build into an almost post-rock/post-hardcore mix of wrought melancholy. Stone In Me brings to mind Glasgow outfit Departures – a frothing bass-drive, stark, direct vocals that splutter and vent with purging determination. The final track, affectionately titled Sparrow, rolls out an abrasive hardcore thunder, in a similar style to the storytelling-experimentalists, Defeater. it’s a frantic and raucous riot of pummelling drumbeats, disgruntled, seething riffs and a shimmering, gurgling resilience to conform. Terrible Love are moving hardcore forward; even if that means dipping into the past, they’re dragging that dark and bristling edge into the future.

If you like your hardcore punk in the same vein of Departures and La Dispute and Defeater (and any other band that begins with the letter ‘D’ for that matter) you’re on to a winner with Terrible Love. Stream/download Change Nothing right now.