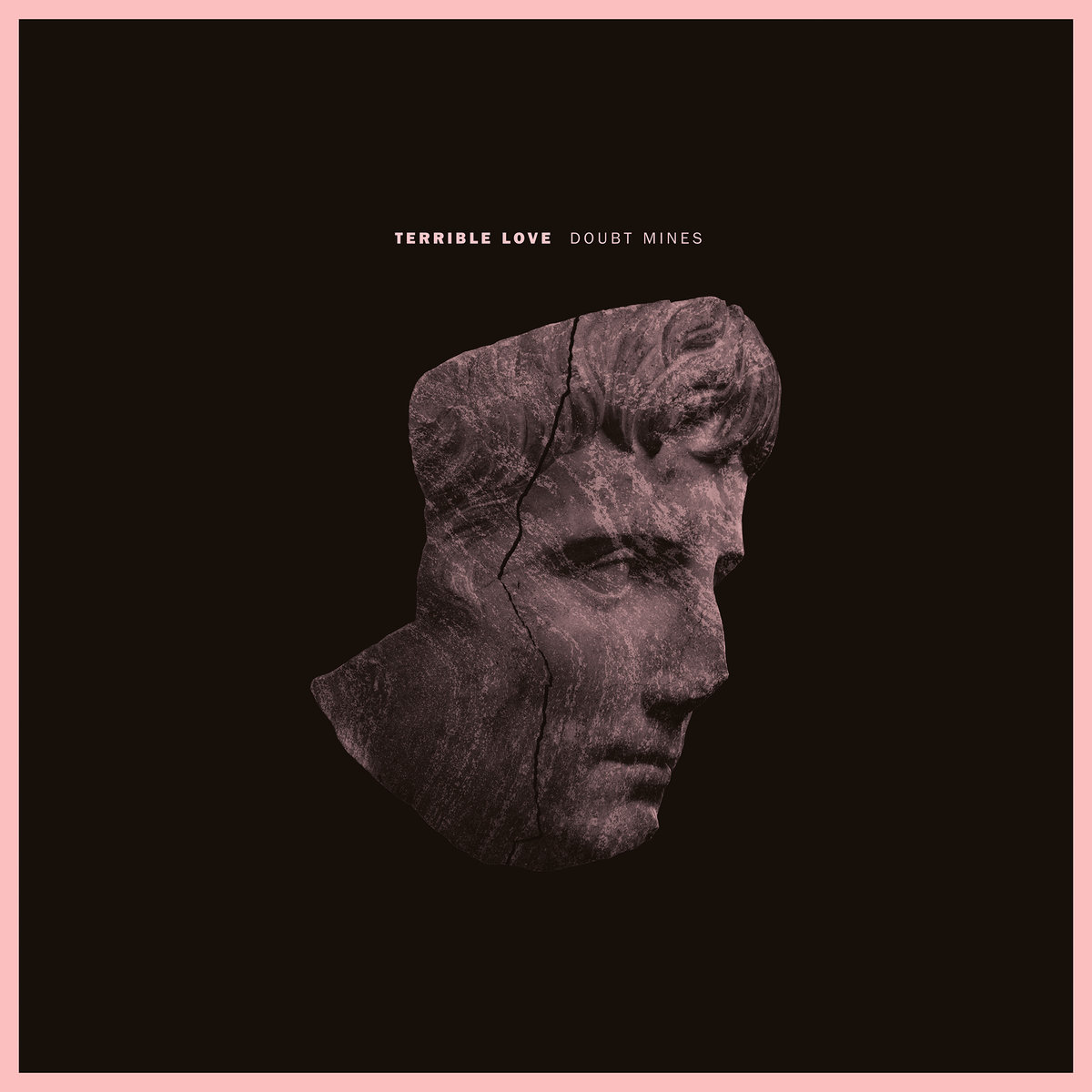 Remember when I wasn’t sure which members of loads of post-hardcore bands were in Terrible Love? Well, I still don’t, apart from possibly Gareth Davies who used to hit the bass strings in Funeral For A Friend. Anyway, line up changes to the TL roster have meant there’s a new set of lungs on the microphone in the form of a fella called Jack Saunders. With this second EP, Terrible Love continue the tension and gloom-laden, stripped back attack their debut EP, Change Nothing had. The mixture of stark, pummeling aggression, married with the more atmospheric moments on this new EP, Doubt Mines, add depth to their strained and ravenous soundscapes.

Opening track First Flowers begins with some sullen guitar strumming, leading into a morose bass-led thump of grim feelings that continue this morbid tone through this scathing hardcore strut. The snapping, isolated blasts of each instrument rip through alongside Saunders’ rasping vocals, as bass, drums and guitar punctuate with a strained earnestness to be heard. On the scorched attack of Burn The Fields, there’s a Jeremy Bolm-feel to the screeching vocals, whilst musically it romps home with the agitated discordance of La Dispute destroying their instruments and tossing them into a huge monument of roaring flame. The dense and scratching tension bleeds through on Doubt Mines; it’s either in your face at once – or not there at all. One minute your being gripped by the throat and hurled around the place, the next your slumped on the ground trying to figure out what the hell has just happened.

Part of me feels Separate Graves could be a love song in a sense. The chorus of “I’ll hope and I’d pray/You’ll lay beside me/In a separate grave” which I initially took as fairly venomous, is oddly full of longing sentiment and has that neck-chill bristle of a gang-vocal participation. This strongly reminds me of some of the greatest moments from Wes Eisold’s American Nightmare (so that’s every single moment then) both musically and lyrically deep. Yeah, this has all the feels, even with the weird feedback-strewn outro of tripping noise whacked on at the end.

Launching itself from a stack of speakers, Doubt Mines is a guitar-windmill of hot-headed old-school hardcore; it thrashes, smashes and bashes through all the checkpoints without slowing down at all. “So I will always sing/Those songs that I have always sung/And cherish memories that they bring” roars Saunders, content to punch us all in our hearts. A Better Light follows a similar grim-faced punk rock onslaught; taunt, bullish, pit-worthy hardcore that feels both encompassing and brotherly, as well as intimidating and rejecting, much like everything about Terrible Love’s savage and emotionally raw output.

Fans of modern, wrought and scathing post-hardcore will find some absolute gold on this 5 tracker – Terrible Love’s Doubt Mines is a cracking second EP and showcases some great song writing by this London mob – excellent work.

Listen to Doubt Mines below and download for pay as you want. 12″ Vinyl available from Big Scary Monsters.