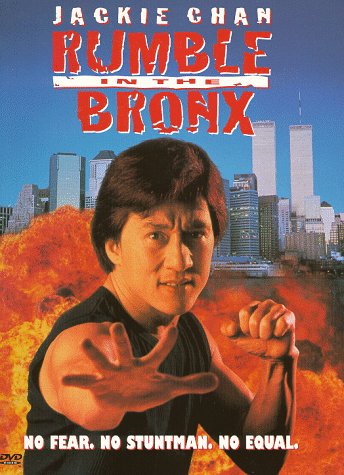 What Blackhole lack in originality they certainly make up for it in aggression. Their vocalist stalks the stage like a starving predator, ready to rip the head off anyone who doubts his bandâ€™s integrity, whilst barking lyrics in a strange jarring squeal, much like the eccentric screech of actor Rich Fulcher. The rest of the band plough away with their straightforward, no frills, hardcore and scuzzy gang-backing vocals, which brings to mind the work of Kevin Bakerâ€™s BARS, albeit a more scrappy one. A strong sounding support act full of promise.

â€œWe were supposed to have some electronic-beats and stuff during some bits, but because the laptop isnâ€™t working, youâ€™ll just hear fuck allâ€Â says Daniel P. Carter, formerly of ‘NUFFIN! NUFFIN!â€™ pioneers ‘Aâ€™ and now the singer/guitarist for Hexes. When the laptop finally does work (the drummer had the sound turned down, cue much heckling) the trippy sounds, dance-orientated beats do add something to Hexesâ€™ throaty hard-rock, but is unfortunately drowned out at times by the over-zealous guitar and drums, leaving it to resemble a cheap ringtone going off in a busy kitchen. Praise has to be directed towards the second guitarist, who pulls off some truly fantastic riffs and with Carterâ€™s slow transition into Danny Farkinâ€™ Dyer-isms, they prove to be an entertaining 4 piece.

The Bronx are quite clearly punk rock through and through. If you cut Matt Caughthran in half heâ€™d bleed Black Flag lyrics all over your shoes. Hell, Joby Ford possibly shits early Husker Du albums. The Bronx are, as the lyrics to ‘Rape Zombie‘ will attest, an “endless wrecking ball.” What it all boils down to though,Ã‚Â is their relentless, persistent nature. Thereâ€™s very little respite in their live shows, as they pound and pound white-hot blasts of scathing punk rock into the listenerâ€™s ears, mercilessly clubbing them into submission until they can’t stand/dance/fight each other anymore.

Caughthran’s demand for “the drinkers to drink, the moshers to mosh and the crowd surfers to get the fuck up on stage!” Is greeted with such gusto and enthusiastic whooping from the crowd, you’d think he’d declared tonight’s gig as ‘free money night’ and started lobbing bundles of Â£50 notes at everyone.

The raw, white-noise blast of punk that is first album opener, ‘Heart Attack American‘ is shunted so violently at the crowd, it causes what can only be described as an indoor, drunken tidalÃ‚Â wave of screaming bodies.

Already the LA 5-piece have created total carnage in just over 2 and a half minutes with a song rife with undertones of disillusionment in the American workplace and possible relationship conflicts, but you know, less lame. Plus, that opening scream – fuck me; itâ€™s like someone spitting acid-coated broken glass in your face.

Like Dirty Harry at a shooting gallery, The Bronx fire out hit after hit, consistently blasting great bullet-shaped chunks of angry, cleansing sound through the diminutive Kingâ€™s College venue. This is a band that really means it – you can see it in the way they play; the way Caughthran stalks the stage, occasionally launching himself into the crowd to be hugged, mauled and pawed at by the enthusiastic audience. Guitarists Joby Ford and Ken Horne stand at opposite ends of the stage throwing out riff after riff with rugged determination, whilst Brad Magers and drummer Jorma Vik bring the much needed dirt-filled rhythm.

Sound problems affect ‘Kill My Friendsâ€™, which becomes buried underneath a wave of distorted fuzz and mumbled screams, before normal service is quickly resumed with the 2-minute rollicking of ‘Shitty Future‘, which introduced with such grace and poise by Caughthran, you canâ€™t help but love the big-faced goon. ‘Transsexual Blackout (The Movement)â€™ gets a surprise airing and after the vicious kick in the teeth that is ‘Rape Zombieâ€™ I just know that this band are more than on fire â€â€œ theyâ€™re practically an inferno; hot enough to snuff out the sun.

The big guns though are in the form of ‘They Will Kill Us All (Without Mercy)â€™ a song which contains possibly one of the finest choruses ever and the ability to reduce even the fittest individual to a wasted, empty husk of exhaustion. Plus, the sight of seeing several people miming ‘shooting up dopeâ€™ is somewhat disturbing and amusing. At the opposite end of the spectrum, â€œthis-song-is-about-drugsâ€Â anthem ‘White Guilt,â€™ heralds the biggest sing-a-long of the night and only strengthens my verdict that it is truly one of the best songs put to tape. After introducing himself as always being â€œa hardcore kid,â€Â Caughthran then cheekily states his true punk credentials as the thundering drum-roll of ‘False Alarmâ€™ (played about 100% faster than the album version, much like all the tracks) kicks in and the creepy, creaking coffin-opening bass drawl breaks through, staggering along with a drunken, cocksure swagger of ill-repute. Despite the freshness of new tracks ‘Knifemanâ€™ and ‘Young Bloodsâ€™ itâ€™s incredible to see everyone singing along with such gusto. The former, playing homage to Rocket From The Cryptâ€™s ‘Bring Us Bulletsâ€™ with the kind of familiarity that makes me scream to â€œslash out the windows!â€Â Whilst the latter is a spiky, rock ‘n roll jaunt of pure adrenalin.

My only gripe is the briefness of it all. The thing with the Bronx is; they never outstay their welcome. They always leave you wanting more, teasing the listener with their rapid-fire attack, riding off into the sunset before it gets too stale, but they know it never will (â€œI promise you, we will never release anything shitâ€Â says Caughthran.) A truly grueling and gritty version of ‘Around The Hornâ€™, complete with some remarkable guitar thrashing from Ford and Horne, is then followed by a sadistic mauling in the form of ‘Historyâ€™s Stranglersâ€™ to round off what has been one of the most exhausting gigs of my life. One of my gigs of the year, no question â€â€œ a first class band with the kind of songs most bands would burn their back catalogues for.

By Ross Macdonald, photo taken from The Bronx’s myspace (copyright Guomundur Vigfusson – if you want this taken down just let me know, cheers.)