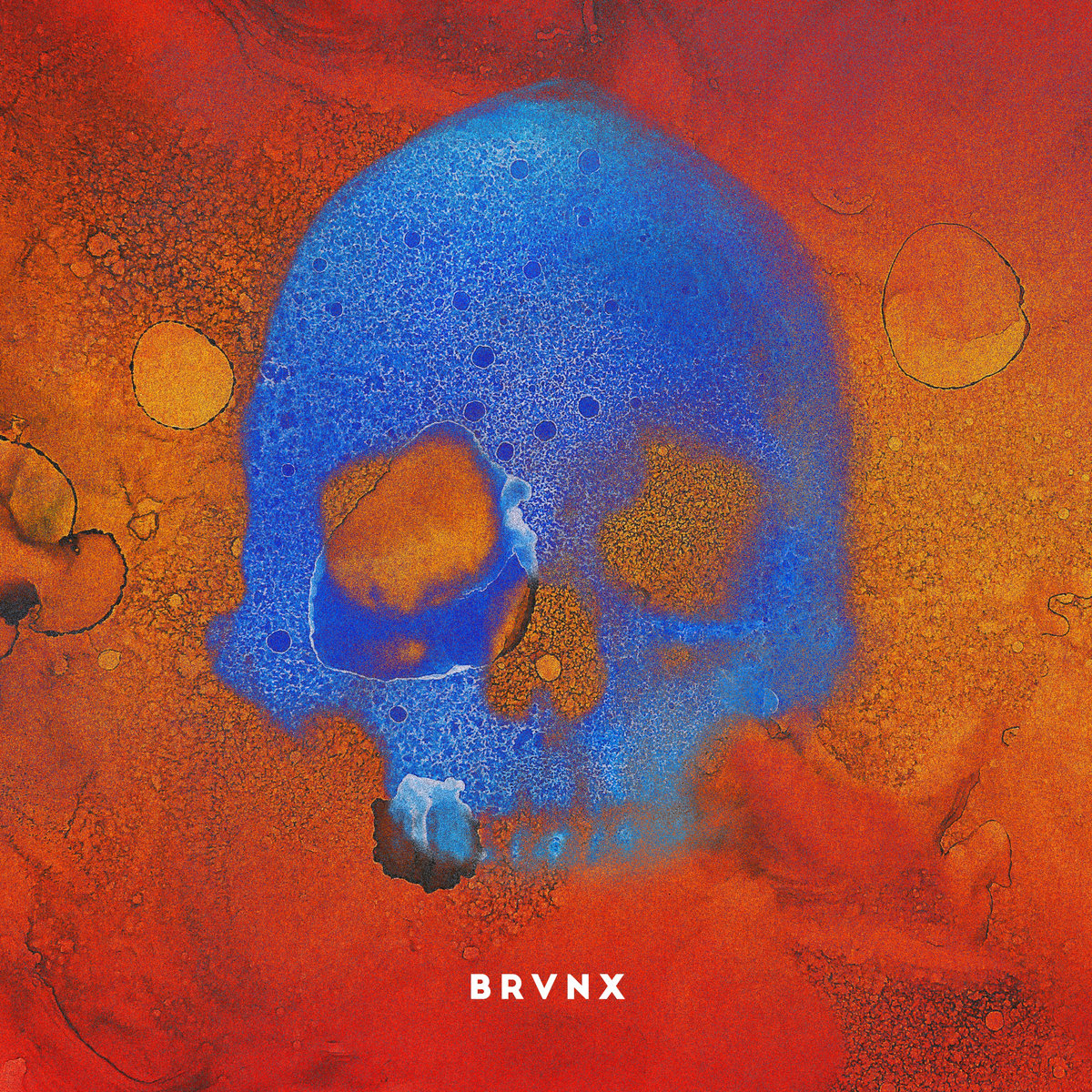 If one photo summed up The Bronx, it’s in underlay card on this, their fifth album. It shows vocalist and professional “bear impersonating a man” Matt Caughthran, standing in the middle of a circle pit, microphone in hand, ready to scream some immortal and terrifying word to signal the rest of his band to collapse this ring of people in on itself. The best part, is that there’s a fella who looks like Thor having the time of his life right next to him. That’s their environment though, it’s a live show, it’s a maddening rush of crunching chords, anvil exploding drums and the aforementioned deranged bear of a man screaming in your face about “a false alarm” or “being a hero, not a criminal.”

Contender for album opener of the year smacks you over the head with the turbo-charged scrabble of Night Drop At The Glue Factory. This howls from the speakers like a ghost train on fire, belching spirits, zombies, werewolves and all kinds of horror in every direction. The lead guitar buzzes like a swarm of furious bees, whilst Caughthran screams the words “NEW YEAR, NEW ME! JUST WAIT, YOU’LL SEE” possibly indicating the rebirth of the band and giving a strong middle finger to their detractors (if any possibly exist). The riffs are ferocious and barbed, David Hidalgo Jr’s drums destroy, whilst Caughthran’s vocals are a blood-spurting eruption of brutally honest fun and filthy chaos.

The bass grumble of Brad Magers’ four string opens the scathing Stranger Danger and soon hips will be shaking and hearts will be ripped from chests. This Son of Sam referencing menace of a track is edged with darkness, but also odd flashes of light. My favourite moments might be midway through where you can hear Caughthran chuckle, the brilliant line “I’M A KILLER, LET ME BE WHO I AM!” and the one-note-piano-Kvelertak-esque bit that makes me think of the epic Blodtorst. Best punk song of the year barely scratches the surface of beginning to describe it.

The mood shifts somewhat with the brooding Side Effects – a track that best exemplifies Caughthran’s chameleon vocal chords. Yes, the man can scream himself bloody hoarse, but he can also tug at the heart strings as well. This fuzz-rock slam of contemplative and fizzling heartland-esque sound is a different side to The Bronx, tapping in on elements of material from IV and having some deeper more personal turmoil with either drugs (hello first album!) or even loss. In either way, it’s a track that feels incredibly personable, but so damn catchy, you’ll be scratching at it for weeks.  The strangled thrash intro of Fill The Tanks is the collective clearing of several scorched throats, whilst the rasps of “NOWHERE TO HIDE/IF YOU’RE GONNA SURVIVE!” are brutally guttural and very Keith Buckley at his most aggressively arrogant. This destroys everything in its path – vintage Bronx, neck-snapping-pissed off brutality, you can feel the heat from the amps on this and smell the sweat dripping down the walls.

The swagger of the cocky classic-rock styling of Channel Islands is bizarrely so not the Bronx, yet they execute it with flair and such hard, driving passion. It sounds like something the hero would be listening to at the end of a road movie as they cruise off into the sunset. Likewise, the strutting rock ‘n roll bounce of Two Birds, is ridiculously catchy and bursts with bravado. Even the guitar solo (yep) is so cocksure and bursting with power, it ripples and pummels the airwaves with infectious abandonment.

When I first heard lead single Sore Throat it was an absolute roundhouse; it tore apart the soundwaves. The screams from Caughthran are blood-curdling, the pace, a vomiting fire of destruction. Hidalgo hits the drums as if he’s about to burst straight through his kit, whilst the guitars twist and contort through this gnarled punk rock splatter, not to mention the rapid fire vocals, which are spat with such urgency and acidic nonchalance. This is why I often regard them as the Black Flag of our generation.

The bittersweet Past Away, is perhaps a letter to a a deceased friend (“you were here/now you’re gone/how are we just supposed to move on?“) states Caughthran, over this scuzzy garage-punk, completed by some excellent backing vocal chants. This album is full of ridiculous slogans though – “I WANNA SET SOMETHING ON FIRE!” opens the swirling The Hives-esque fuzz of Cordless Kids, whilst the vibrant punk rock splatter of Broken Arrow, contains the refrain “ACCESS THE NUCLEAR CODES!” like some demented megalomaniac overlord. Kingsize rounds off the album in a melodic Jimmy Eat World sugar-filled way, with the kind of chorus that rips through the sky, layered guitars that melt into each other, raining down pop-rock riffs for everyone to absorb. It’s an oddly beautiful closer (for them) and some of their best work to date.

This consistency of this band is staggering though. Five albums with this wrecking machine persona and they still sound as determined, noisy and pissed off as they did in 2003 when the Gilby Clarke “three takes that’s it” produced battering ram of a debut appeared. Bronx V is a feeling of some magnificent return – it’s an anthemic, acerbic celebration of unrelenting ecstatic fun and scathing, pulsating energy. Welcome back the beat that kills.