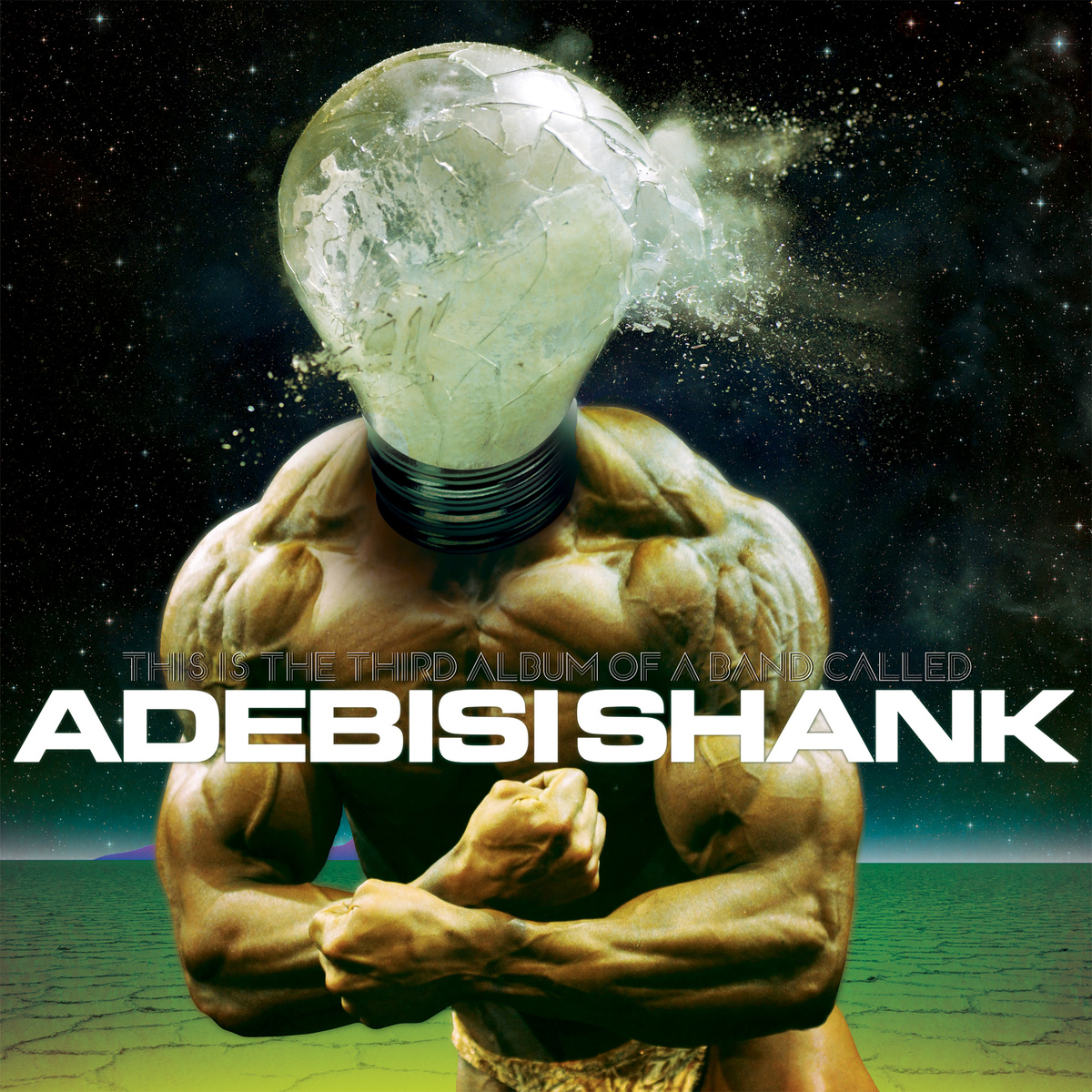 The evolution of Adebisi Shank‘s sound is a remarkable one. Starting off as a cross between OXES and Don Caballero, they’ve burst through the template of instrumental rock, morphing, re-shaping and transforming like John Carpenter’s The Thing (only without the flamethrower, assimilation and Kurt Russell). Their unique, eclectic style is not of this earth – space rock dementia; a star collapsing, 1,000 spaceships powering up at the same time. The math rock, crazy prog-breakdowns of the second album are for the most part, replaced by glitching., robot-rock, 8-bit computers, pulsating electronica and spasm-blasts of erratic breakcore. This is like listening to all the Sonic The Hedgehog themes at once on a rollercoaster as it bursts through a fireworks factory made of sweets.

Third Album shares many similarities with And So I Watch You From Afar‘s 2011 album Gangs – it treads a familiar path of euphoria and elated highs, making you feel like a champion – like victory will always be in your grasp. This is expertly exemplified on opening track World In Harmony which with a thunderous fanfare that gets progressively louder, building on layers of pounding drumbeats, flamboyant riffs and erratic melodies. It explodes at the 2.20 mark, like a thousand penis glitter cannons at a Rammstein concert going off at once. A  dizzying cluster of clattering drum patterns, furious math-rock pomposity and warrior-like chanting. The sparkling delight that is Big Unit continues along a similar path – albeit slowing things down somewhat, giving the listener chance to breathe. It is however, no less exuberant – channelling rapturous energy and blissful triumph with every drumbeat and every razor-sharp guitar line.

Turnaround arrives in a hail of scuzzy, frantic distortion and bursts immediately into a frenzied drum-machine style beatdown, before deviating to a carnival-esque jig of merriment. This is possibly the closest track to the Adebisi Shank sound of old – sporadic, blister-inducing math-rock layers of tribal drumming, kaleidoscope guitar patterns that vomit technicolour brilliance.

Warped experimentation is apparent on the erratic freak out that is Mazel Tov, which sounds like a free-form jazz rock piece (credit to Down I Go‘s Pete Fraser adding some soulful sax-sounds) or the outro-music to a sitcom from the early 1990s. Bizarrely, it’s absolutely brilliant – with the eerie-vocoder chat in the background morphing with the laid-back, horn sounds and the electronic-glitch rock spasms. Move over Star Wars cantina band.

Sensation might be the best song they’ve ever recorded. How they will ever play this live, I have no idea, because it’s utter Kavinsky meets chiptune-style bedlam. Stuttering, glitch-ridden vocoder wails, slapped together with huge spiralling, synthesiser breakdowns, tight, drum beats and mind-bending guitar experimentation come together to make a track that’s deliriously euphoric, pulsating with beautiful, uplifting energy. It’s like having Rainbow Road blasted through your eyes and ears whilst skittles rain down from the heavens.

Third Album shares many similarities with And So I Watch You From Afar‘s 2011 album Gangs – it treads a familiar path of euphoria and elated highs, making you feel like a champion..

Chaos Emeralds (Sonic!) sounds like it should be soundtracking an 80s cult science fiction  film about spaceships or perhaps the dialogue for a massive, indestructible robot and when it speaks, this glorious rush of rambled, electro-punk rock spills forth. What even sounds like the straining wails of a violin are slipped  in near the track’s breathless and erratic coda, giving it a ragged, and screeching blast of raw power.

Congratulations to Voodoo Vision for being the first track this year to make me openly weep. I embrace the fact that a single piece of music that is almost devoid of vocals, save for the eerie robotic, distorted commands that spill forth at various intervals can cause such feelings and believe me, this is powerful, stuff. By weep, I don’t mean in sadness, but joy – glorious, spectacular, beautiful joy. When that chorus hits, it’s a truck – and that truck is made of gold, and you can see it from space, it’s that fucking big. The sugar-rush of pulsating, happiness that spills from Lar’s guitar, Vinny’s bass and Michael’s drumming is a kickstart of endorphins straight to the heart – it’s 7 billion people all smiling at once and it’s fan-fucking-tastic.

I doubt you will find a more relentlessly positive, uplifting or joyful album this year. This Is The Third Album of a Band Called Adebisi Shank is brimming with vibrant, chaotic, breathless energy; future-space-rock insanity delivered in nine tracks and 36 minutes of mesmerising perfection. “We were trying to make something euphoric and huge, a universe of our own imagination that we could escape into,” said bassist Vinny in a statement. Achievement unlocked guys.