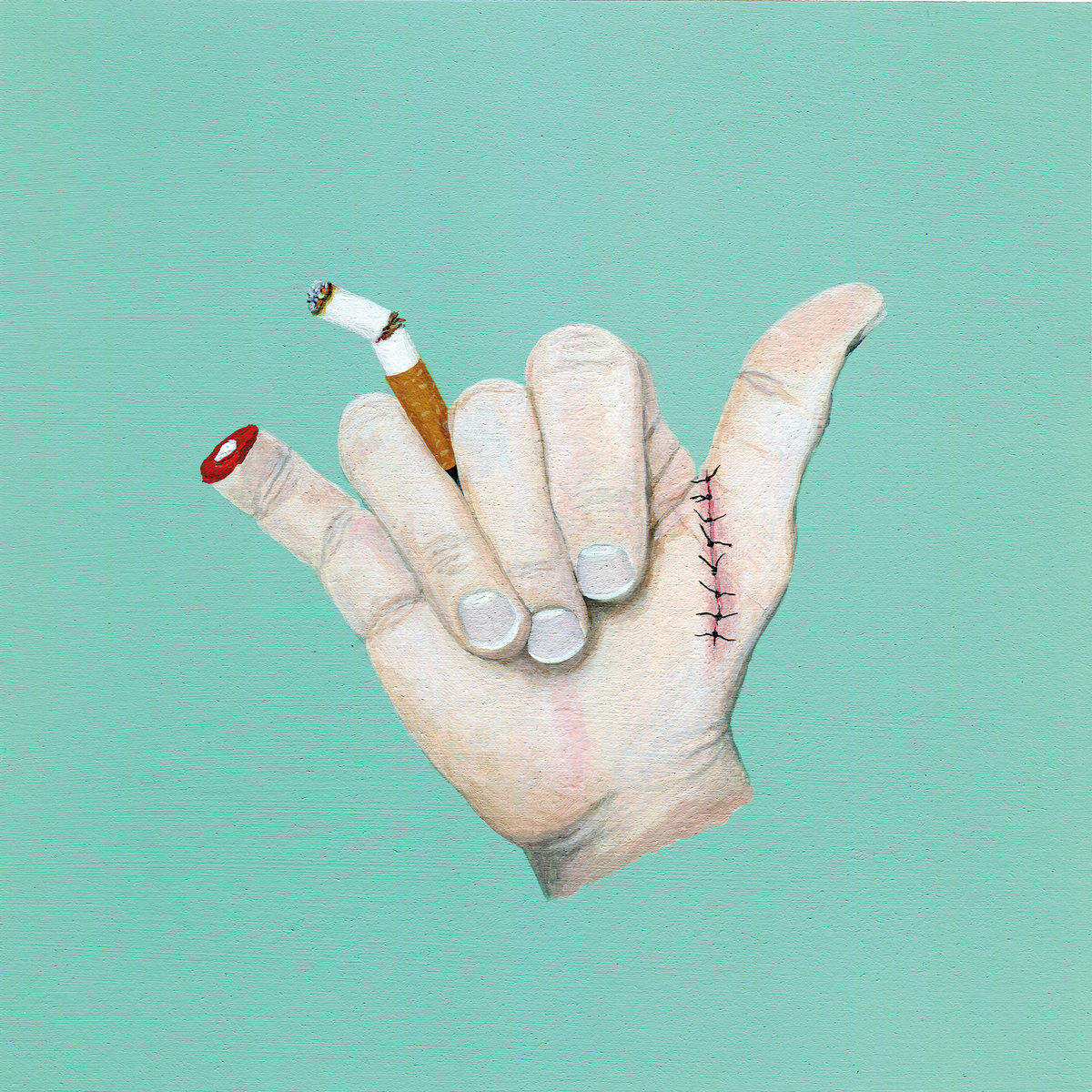 “Scan an open road, distort the traffic/Never getting used to these second guesses…”

Due to mishearing lyrics, I thought that on Malfunction, track 8 from the new Tiny Moving Parts album, Swell, vocalist Dylan Mattheisen said “I got dizzy right before the vapid detachments.” I thought “hell, that’s a terrific band name, The Vapid Detachments*!” However, I’m reliably informed that the word is rapid, which is still decent, if not better? Probably?

Tiny Moving Parts then, completed by the brothers Chevalier (Matt on bass, Billy on drums) are back with the follow up to 2016’s Celebrate and their second release through the Big Scary Monsters imprint. It’s quite an impressive move by BSM main man, Kevin to sign these dudes a few years back – they tick a lot of boxes and overlap into several others. Twiddly-math-emo styles? Check. Huge punk rock choruses that feel like a bone-crunching hug of joy? You betcha. An impassioned and earnest vocal lead that makes your heart…er…swell? Thumbs up.

Opening track Applause, asks for veritable ovation be sent to your heartstrings. There’s an edge of darkness in this though, whilst the twinkling guitars, math-punk riffs, scattered percussion and plethora of tambourines litter this, Mattheisen’s cries of “I want to give up” and the line “struggle with every single breath” seem to hold some desire to overcome and breakthrough a period of sadness. Luckily, the cry of “applause my lungs still breathing” on every single one of this song’s damn hook-laden choruses makes the glass seem half-full.

Building bridges is the topic of the soaring Smooth It Out – a track that seems to be about improving a relationship, talk of missteps and “smoke breaks” (taking time out) and offering to be the “weight on your shoulders” hey, it’s about love everyone! Aw. Mattheisen and the Chevalier boys carve out a crackling slab of spirited up-tempo heartland rock, which bursts with even more vigour thanks to the rising background strings/(keys?) and subtle gang-vocal melodies.

The jagged, punchy guitars on the aggravated Feel Alive, give the track a crisp, yet busy feel, whilst Mattheisen’s breathless and erratic vocals compliment the title incredibly well (fella really does want to feel alive it seems). Bloody love the underused additional vocals from Kelc Galluzzo and her call-and-response of “I still miss you.” Kind of makes me think of the additional vocals on High Speed from the Single Mothers album from last year; i.e. not used enough – more of this please.

Caution could well be your favourite single of 2018 and we’ve not even made it through February yet! That mathy-guitar 40 seconds in will do it, or even the massive chorus hook of “I’m still waiting…FOR A SLIGHT BREAK!” or maybe it’s the brilliant video? Whatever it is, this is indeed, love.

“Someday we’re all going to die…but not tonight!” shouts Matthesien on the discordant but emo-rock-tastic Wildlife, showcasing how Tiny Moving Parts are striving to create huge fucking slogans to be shouted during their live shows, and all power to them for it. There’s a jagged urgency to the stumbling and frantic Whale Watching, whilst the riff-laden scuzz of Malfunction sets a more aggressive tone, especially the lyrics, with cries of frost filling Matthesien’s head and the repeated scream of “it’s a message” which you can see hordes of fans at their shows bellowing back at the band – superb. Warm Hand Splash starts with an apology and launches headfirst into regret. Should we be happy? It asks for forgiveness, and brims with venting and rending gusto and some lush horn sections adding to the punchy and flamboyant emotional conclusion. The Hotelier are probably taking notes.

Tiny Moving Parts couldn’t have picked a better title for this collection of songs really. These 10 tracks on Swell are fit to burst with impassioned beauty, melancholy, tales of loss and re-connection; from their erratic time changes to the heady blasts of breakneck punk rock and contemplative, brooding lyrical couplets. Sure, it might be cheesy in places, but sometimes that’s what you need in order to feel and care a little too much.

You can purchase Swell by absolute top lads Tiny Moving Parts from Big Scary Monsters. Or stream below.

*Also, The Vapid/Rapid Detachments will be releasing their debut album in 2020.