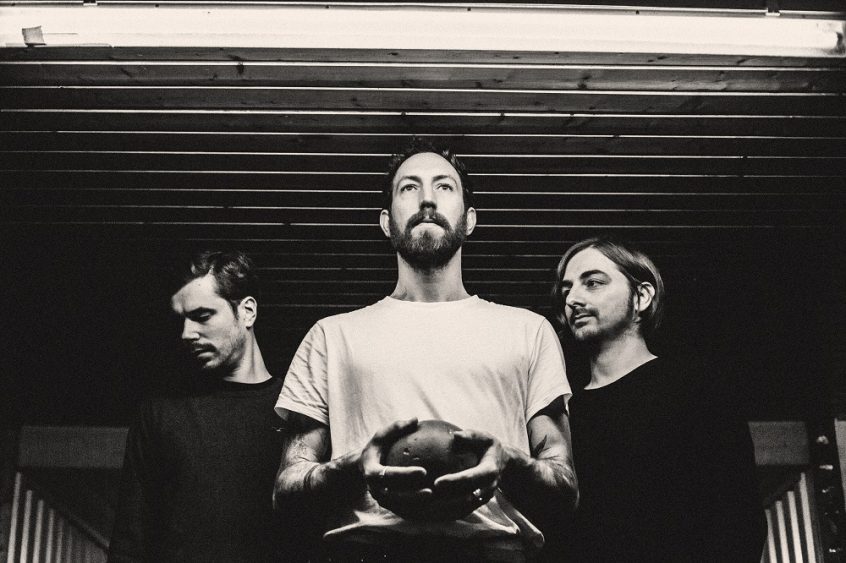 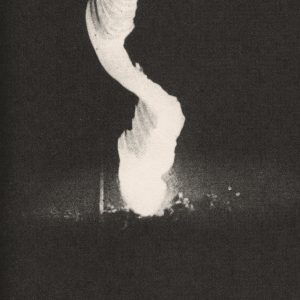 We love a bit of HEADS. at Keep It Fast, their angled, jagged, noisy concentrated sound is a raucous delight.  To celebrate, here’s a track by track breakdown of Collider, their second album and the follow up to 2015’s self-titled effort as talked about here – enjoy!

There is a feeling of being totally lost during At The Coast, the opening track to Collider. The repeating, echoing guitar twang of vocalist Ed Fraser is a stark and hollow sound, giving way to Chris Breuer’s solemn, dirt-riddled bass tones. It’s a slow and methodical plod as a stepping off point, but HEADS. throw in some calming melody in the form of soothing backing croons, so as not to completely alienate the listener from the word go – a promising start.

Abrasive, raw and the impending sense of death – a bit like falling into a sandpaper factory from a great height. Keeping that implacable beat, drummer Peter Voigtmann holds the line and Breuer and Fraser in check, but that bass still digs and digs in the silt for more grime. The washing, almost Deftones-esque hum of the guitars has a gritty, post-metal sheen, that blisters and crackles with this discordant and vibrant energy, getting progressively louder and more aggrieved.

Like the blob oozing under your door, the opening minute of Last Gasp Shout feels as though it’s about to seep into your senses and absorb you. The spacey, washed out guitars and erratic percussion is fairly tense and eerie, as is Fraser’s mumbled, teeth-gritted vocals, whilst the slovenly, heavy grunge riffs that slam down drip with suitable menace and echoing frailty.

Fucking hell, the bass on this destroys everything. Breuer hammers the strings with siege-engine resilience, whilst the mangle guitars shriek and shred in the background during the mid-point break – a tense and caustic barrage. Fraser’s throaty repeated shout “SHE DON’T WANNA, SHE DON’T WANNA!” during the track’s closing 30 seconds is jarring, scathing and horribly morbid. Thumbs up.

“Aren’t you having a good time?” rasps Fraser, his vocals utterly rotted by decay and thousands of cigarettes on Smile, the “nicest” titled track on Collider, but also the most uncomfortable. Talks of vampires, bombs and the creep of necessary evil all add up to a disjointed and jarring 2 and a half minutes of reckless, staggering noise.

Wolves At The Door

Part of me feels a lost narrative exists within Collider – perhaps a kidnapping gone wrong? Talk of reassurance, (“it’s all fine” rumbles Fraser’s morose vocals) and instructions to “remember all of your lines…” makes me think there’s a sinister undertow to all of this. Hey, it’s HEADS. of course it’s going to be sinister. The very fact this song is called Wolves At The Door, and the chase element of the video (see below) all creates this unnerving paranoia, a staple of this Australian/German sound. Also, Fraser’s spoken word segments on this are incredibly mournful but full of guttural passion and makes me think a spoken-word/blues solo album would be a perfect side project.

Perhaps the most immediate track on Collider, Samsa rings out a see-sawing canter of rolling percussion, courtesy of Voigtmann and some suitably atmospheric guitar washes, that tense bass twang and the kind of tripping urgency of a METZ song at a slower speed, before softening as though drifting off into a restful sleep.

To Call And Let It Ring

A restful sleep is not something To Call And Let It Ring has on the cards – oh good god know. The reverberating, continued snare pounding is a disjointed and angry wake up call, whilst Fraser’s dead-eyed, dead-voiced, no-emotion vocals crack and spit, as Breuer’s crunching bass obliterates all other sound beneath it’s meaty thump.

The penultimate and title track is somewhat of a departure for HEADS. Chilling and solitary, it consists for the most part, only the sorrowful voice of Fraser, doing his very best William Elliott Whitmore impression (seriously, it’s that good, especially the emphasis on the words “bury me under scorched earth“) and the way his voice falters and falls on the words “collide” and “chair.” About halfway through, a taunt, sinewy guitar sound emerges, bringing the track to an unsteady conclusion, as Fraser hits the strings rather than playing them. It’s drab, dark and uncomfortably desolate.

MORE SAXOPHONE. MORE PERCUSSION. That’s what we want. Holy shit, this last track is staggeringly terrific/chaotic/mouth-frothing intensity levels.  Told from the view point of some kind of horrific car crash, the actual avalanche of noise near the end of this could effectively soundtrack the incident, the similar way the drums on Defeater’s White Oak Doors sound like a train racing its way towards the narrator.

Stream/purchase the excellent Collider by HEADS. below – treat yourself.