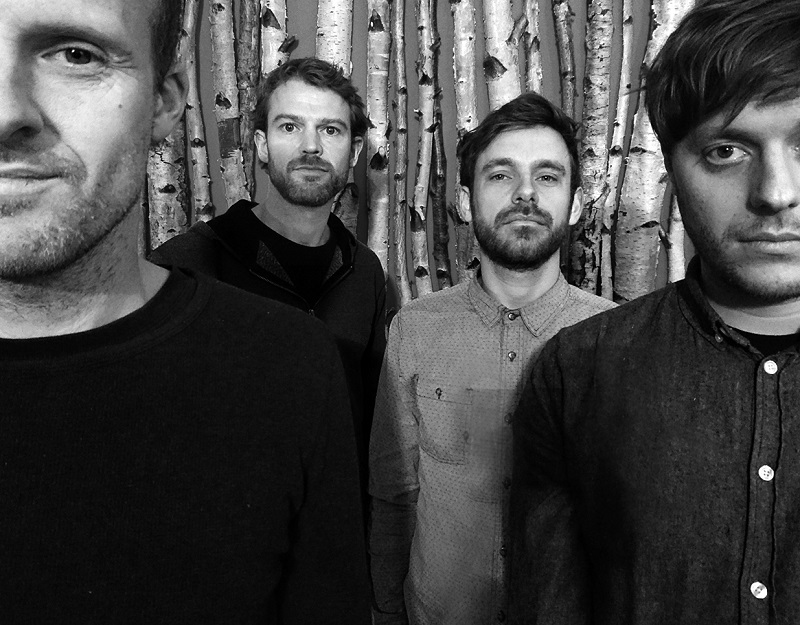 I like Tvivler‘s press release. This Copenhagen four-piece aren’t afraid to poke fun at themselves or state how fucking self-humiliating/dreadful/sarcastic press releases can be. The fact is, this is DIY-to-the-core group of miscreants, recorded this EP in their own studio and self-released off their own backs. Hey, you’ve got to give them credit for going it alone with this sort of thing, especially when the grammatically weird first line of their press release is “A load of rubbish heap.” What??!

The disjointed, angular guitar clank of opener, Kollaps sounds as if it’s slowly breaking apart under the barrage of stuttering, splintered garage rock. Melody is shoehorned in between the moments of teeth-rattling determination and there’s a sweating, Honningbarna-type urgency of ramshackle punk power in the snapping vocal delivery.

Nænsom barely stays on the rails – in fact, it detaches itself like one of the mine carts in Temple of Doom (worst film in the trilogy. That’s right, TRILOGY) and cannons through the air with unpredictable, metal-box-crushing energy and terror. It bounces from moments of raging hardcore fury to pop-punk gusto at the flick of a switch. Frustration burns strongly within Tvivler; their erratic and rending attack is a lot like At The Drive-In at their peak; sweaty, chaotic bursts of crunching, vital, clawing aggression channelled through some strings, skins and a microphone. This taunt and crackling aggression is perfectly summed up n the kraut-punk racket of Voldsom, which channels the snarling, guitar-drone of London’s USA Nails and a gnarled, tense energy. Final track, Overflod, offers more sharp, abrasive punk rock, similar to the style of that Swami sound, leaping about with agitation and vibrant positivism.

Negativ Psykologi #2 is available for “name your price” on Tvivler’s bandcamp, or stream it below – go on, treat yourself.