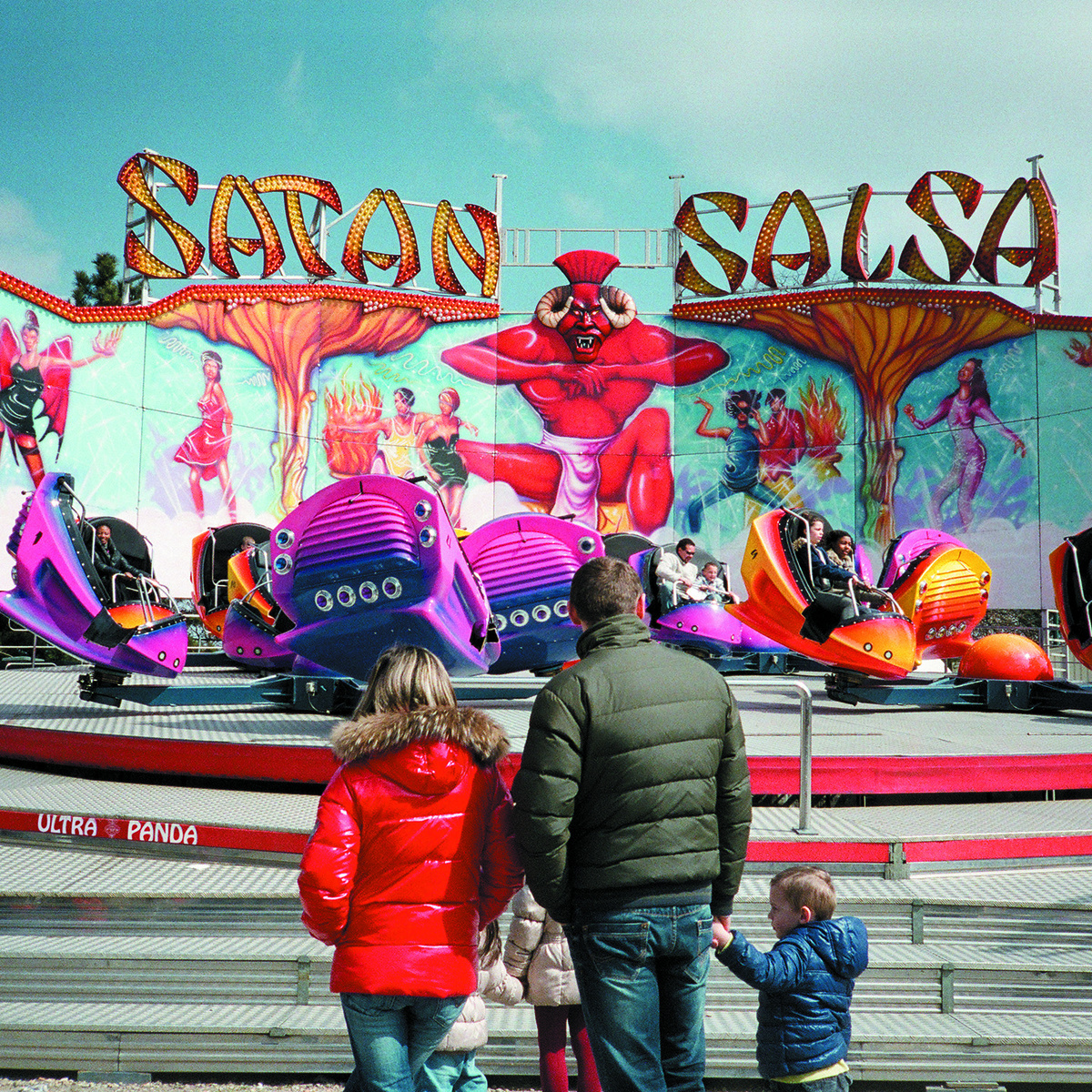 Slightly worried that Ultra Panda have been created over night just for me. They seem to have very little presence on the interwebs, save for 500+ likes on Facebook and less than 200 scrobbles on Last.fm. What’s going on here? Down ’til they’re underground seems to be the motto. Ultra Panda are a French three piece consisting of drums, bass, keys and vocals and straddle that weird, swinging bridge between frantic dance-punk, noise-rock and electronic savagery and manage to create some incredibly tight and infectious sounds with such a swirling mixing pot.

The chiming electro bleats on opener Tabayo are soon joined by a pounding bass drum and some oddly comforting falsetto vocals that sooth the listener in, alongside the steadily building rush of sounds as the bass makes itself known and the keys reach an almost ear-splitting crescendo. It then dives and contorts down a spiralling path of bending-electronica and ends in a rampage of bass-grinding, dance-punk exuberance. The stop-start time signatures, glitch-rock fervour is refreshing and vitally chaotic.

Hand-claps a plenty on the pop-rock bounce of Bamboo Jail, which soars along via a bed of rippling synth-waves and the clean, crunching bass-chords. It’s utterly infectious and delirious in it’s execution, brimming with vigorous zeal. This would seem to be Ultra Panda’s forte, as the 2 minute blast of unrelenting noise-punk rock of Ultra Samourai makes it clear that this French trio are trying to tear themselves apart in their rigorous quest to reach the finish line before they fall apart. From the squelching-synth opening, to the scything bass riffs and pounding drumming, Ultra Panda rip through this track with such ferocity and mouth-foaming elation, it’s positively rabid; Blood Brothers-style.

The nine tracks on offer from Satan, Salsa, are a spicy, hectic and joyful rush of riff-saturated goodness..

The braying howls that open Desert could very well be the coyote inhabitants themselves. Here, Ultra Panda slow things down, sounding very Clutch by way of a serious bong-hit. Foot stamping, leg-jittering hard rock swagger, soaked in beer, reeking of weed, with some outer-world vocal echoes weaving their way into this rumbling caterwaul. This is the closest this French lot get to stoner-rock and it’s fantastic in every way. Boom Boom is a more brooding, darker number – reminding me of Cold Cave, if they were a bit happier and not totally lost down the rabbit hole of emotional torment. The pounding stamp of boisterous dance-rock in the coda and whistling electro-squeals drag it back from the brink.

“You gotta shake, shake, shake your booty like me…” intones vocalist Julien – calling out everyone who isn’t dancing to title track, Satan, Salsa. It’s sassy, new-wave electro-punk fed through a brazen filter of arrogance and humour. This strutting hip-shaking romp continues on the snarling riff-laden Universalove, which sounds like a prog-rock version of Death From Above 1979 going through a nervous breakdown.There’s more haunted howling on the aptly named Ghosts; which rushes past with the urgent technicolour brightness of OXES on a sugar-rush and the cheerful disposition of Worrier in equal measure. The eerie synth washes, combined with the roaring bass grind and crashing drumbeats  is a breathless and exhausting prospect, ending in a swirling, mangled finish of distortion and shrieking guitars.

Sweeping knee-jerk similarities can be made (Canada’s Death From Above 1979 spring to mind) as well as the technicolour splatter of Daryl Palumbo’s Head Automatica (Decadence-only) and Irish experimental space-wizards, Adebisi Shank. Luckily for Ultra Panda, they have the tunes to make them simply more than just pretenders, because the nine tracks on offer from Satan, Salsa, are a spicy, hectic and joyful rush of riff-saturated goodness.

Purchase Satan, Salsa by Ultra Panda off of Bigout Records or alternatively, download it from their bandcamp below.