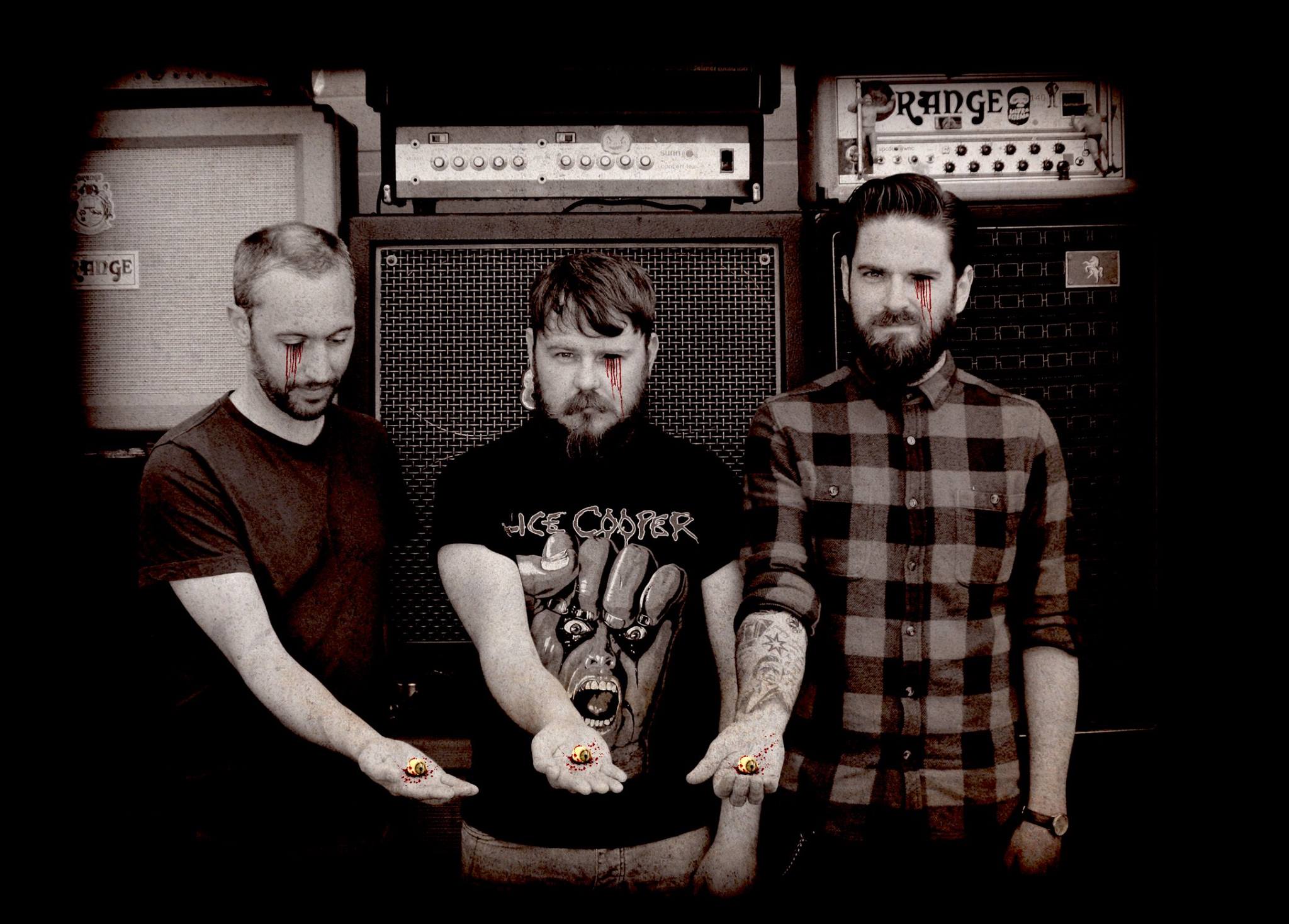 This is a very dark path indeed. I suppose that the week of summer we had back in July is all we’re going to get as we descend into the realms of autumn. What better way then to soundtrack that by listening to something that will not only make you constantly look over your shoulder in fear and head-bang like a bastard. UpCDownC are that band. After a line-up shuffle (the band have now concentrated their numbers down to a three-piece), UpCDownC is their first release as a slimmed-down machine and is an altogether different and disturbing experience to what you might expect from a band that was firmly rooted in the post-rock camp.

There’s a gut-churning sense of foreboding on the first track, Sludge Hammer. Despite the name of the track suggesting a trip to detuned-land, with waves of gurgling, frothing guitars and huge drum crescendos, it’s eerily desolate and creeping. The initial burst of sound is that of someone either re-tuning a radio, whilst someone else is operating a metal detector nearby. The glitching, fuzzed-out wave of advancing code shimmers with a warped, distorted hum that gets progressively more sharp and menacing. At the 2 minute mark a guitar cuts through this sea of glitching noise like a buzzsaw, only to be joined by a steady drum pattern as UpCDownC shift into a Karma To Burn-esque groove that fizzles with raw stoner-rock energy and this chilling underlying buzz of apprehension.

The 13 minute pulse of Black Dracula is a complex and layered hydra of a track – the opening chimes are reminiscent of Mike Oldfield – an ethereal synth wave that morphs into a steady, rolling drum beat whilst the crackling static of guitars see-saw in the background. The mood then shifts – amps crackle into life and that synth grows and grows into a spectacular burst of white-noise; the drums are all but lost save for some frantic cymbal crashes as this rising, consuming drone grows louder and louder before dissipating into an grim vocal soundbite that states: “it’s faster than time itself…it’s faster than evil.” That’s when the riffs lurch back into the room as the crushing wave of grisly, determined sludge-metal floods forth. The last 2 minutes feature more of the eerie, shimmering synths, coupled with a harrowing and desperate sample of a distressed woman being asked to accept Jesus and exorcise the demons. Bleak.

Final track Slobberknocker, begins as a surge of shrill feedback and swirling, intricate keys that is soon replaced by a solemn bass strum, before launching back into the grizzled and meaty slab of dense stoner-rock, that has an almost black metal sheen to it – a punishing, sour and ominous display of menace.

This is an intriguing EP – difficult to predict where UpCDownC are going to go – from bending their sound through a wash of harsh noise, into tight instrumental jams, into minimalist, taunt doom metal and spaced-out electronics, there’s a lot on offer and to cherish from this release.

You can stream UpCDownC below or purchase from their bandcamp page right now.