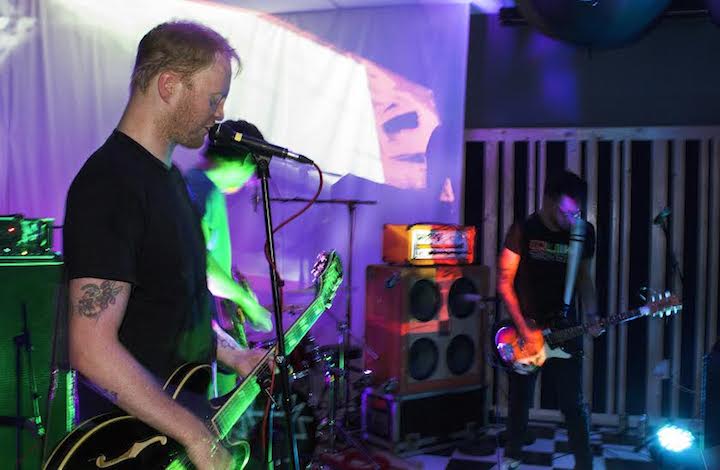 Yes, it’s USA Nails, and yes, it’s more of their twisted, howling noise to contend with – wonderful stuff. With guitars, squealing and contorting like they’ve fallen off the last Hot Snakes record, London’s USA Nails still drag through the gritty, menacing, chewed-up mess of sound they call music and it sounds even more volatile and frantic in a live setting.

This live album, helpfully entitled Live at Smalltown America, is nine tracks of  them ripping through choice cuts from their wonderful debut Sonic Moist, whilst chucking in a few new ones, b-sides and scathing wit. “Let’s here it for sleeping bags!” rejoices Hodson before they tear into the piss-smelling punk rock of Chain of Command (see the video above). Other acceptable rants include a pummelling run through of microphone-twisting lead single, Sometimes I’d Rather See It All and a furious, bludgeoning splatter punk assault to the senses in the form of Am I A Man Or Not?

USA Nails’ debut album, Sonic Moist is available to purchase on vinyl and MP3 from Independent Music and for those retro-hipster jags, you can get it on tape from Unwork Records.