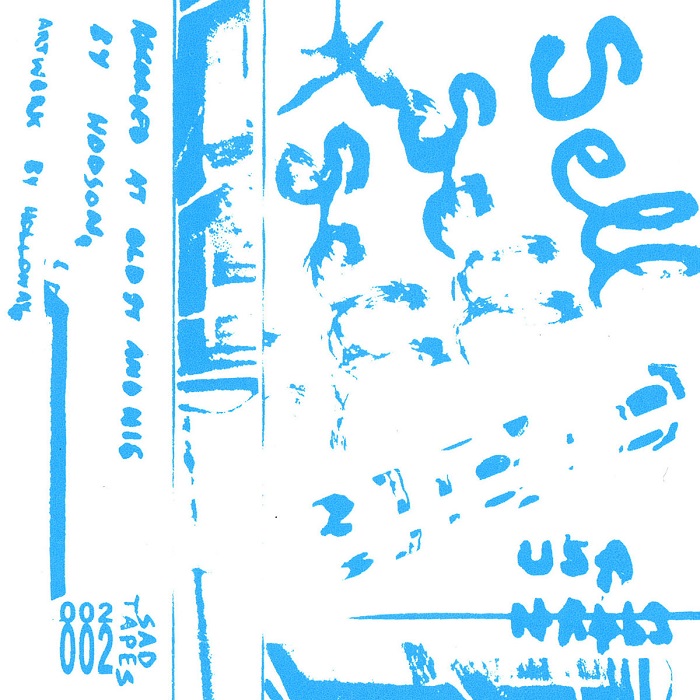 What do USA Nails minus the frills sound like? Well, USA Nails really, but fighting one of those dance DJ machines in hell. Recorded partly in a rehearsal room and partly in vocalist Steve Hodson’s home on a Yamaha MM30 cassette recorder; Sell Sell Sell is raw….just raw. When I opened the tape to look inside my hands were coated in a thick red liquid, bleeding from the spools. So yeah, it’s a tad on the rare side. Assuming that this is 6 tracks that didn’t make or weren’t even considered for their third album, Shame Spiral, what Sell Sell Sell offers is a vision of USA Nails that ramps up the abrasiveness to maximum levels of speaker-destroying pulse.

The scratching nails (heh) on a blackboard of I Am The Things I Buy is a harsh, ear-popping shred of delirium and the perfect opening in many respects. Vocalist Hodson lists various things he would purchase in his usual braying tone, whilst the scuzz of rusted guitar strings hammer out an almost industrial caterwaul, alongside the stocky drum beats. A live environment is definitely where USA Nails thrive and mutate, which is best exemplified on the noisy-fuzz-stomp of the brief but snappy Piling Up in all its ragged and indignant glory.

“Everything I have is brand new, or sought after, or wanted…” drawls what is possibly Hodson on the dream-like pysch-rock of All My Things Are Cool; his vocals actually blur, stutter and scramble like a video tape catching and snagging due to wear and erosion. God knows what that guitar noise is – a constant looping siren-wail, whilst what sounds like a keyboard bleeps and crackles out an eerie march in the background. This feeling of weirdness is continued on the thumping bass hammer of London; which taps into their kraut-rock no-wave ethos and near moments of harsh noise. The slovenly sludge-rock of the title track is a welcomed slab of body-dragging discontent and bleakness, whilst the sound of a slurred, drunken voice babbles and mumbles beneath this wave of slovenly bile. By the time we reach final track, I Am The Things I Buy – the guitars still sound as discordant and abrasive as ever; the vocals are now an echoing, finger-pointing ramble of loathing and this disheveled and caustic post-punk lurches and staggers forward with twisted malevolence backed sound of a load of wasps buzzing in a dustbin.

You can destroy your mind by streaming four tracks from Sell Sell Sell below or buy the tape you cheap bastard.