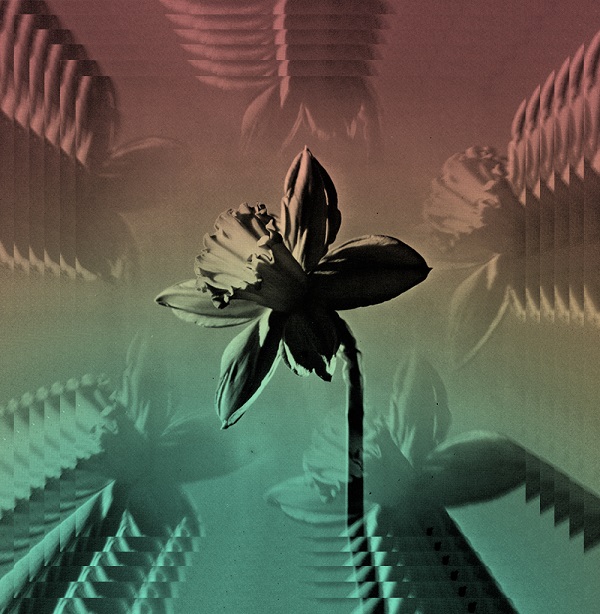 Band: USA Nails
Single: Sonic Moist/What’s Wrong With Your Boy?
Label: Smalltown America Records
Release date: February 2015
Sounds like: The sound sliding out of your mouth and down your chin.

Only when you properly start to listen to the lyrics to Sonic Moist, the title track from USA Nails‘ debut album (reviewed for your reading pleasure) does the fear start to set in. Vocalist Steven Hodson sounds like he could climb out of the speakers any moment, invading your space with his perverse lyrical outpouring. “...And let your dulcet tones intoxicate my soul” he intones, which, put to any other form of music or sung by anyone else, would perhaps sound somewhat romantic. Not in this case. No. Never. Not going to happen. It sounds lecherous, deeply disturbing and fantastically demented which is USA Nails in a nutshell.

New track What’s Wrong With Your Boy? begins with an eerie buzz-saw blast of punishing bass, awaiting the rumbling crash of drums, that sound like a thousand up-turned bins being beaten in unison. Hodson’s voice is saturated in deep-seated loathing; altering from a creeping slur to a strained, teeth-clenched, rasp of hate. The guitar-work is disgustingly malevolent – twisted, post-punk discord that snaps and shrieks. The relentless, pounding drumbeats, coupled with the sludge-rock bass drone only add to this being one of the heaviest and ominous tracks they’ve committed to tape (and perhaps, one of the best in my opinion).

The single, Sonic Moist, from the album of the same name, will be released on the 9th February 2015. The album, Sonic Moist, was rated number 2 in Keep It Fast’s albums of 2014.