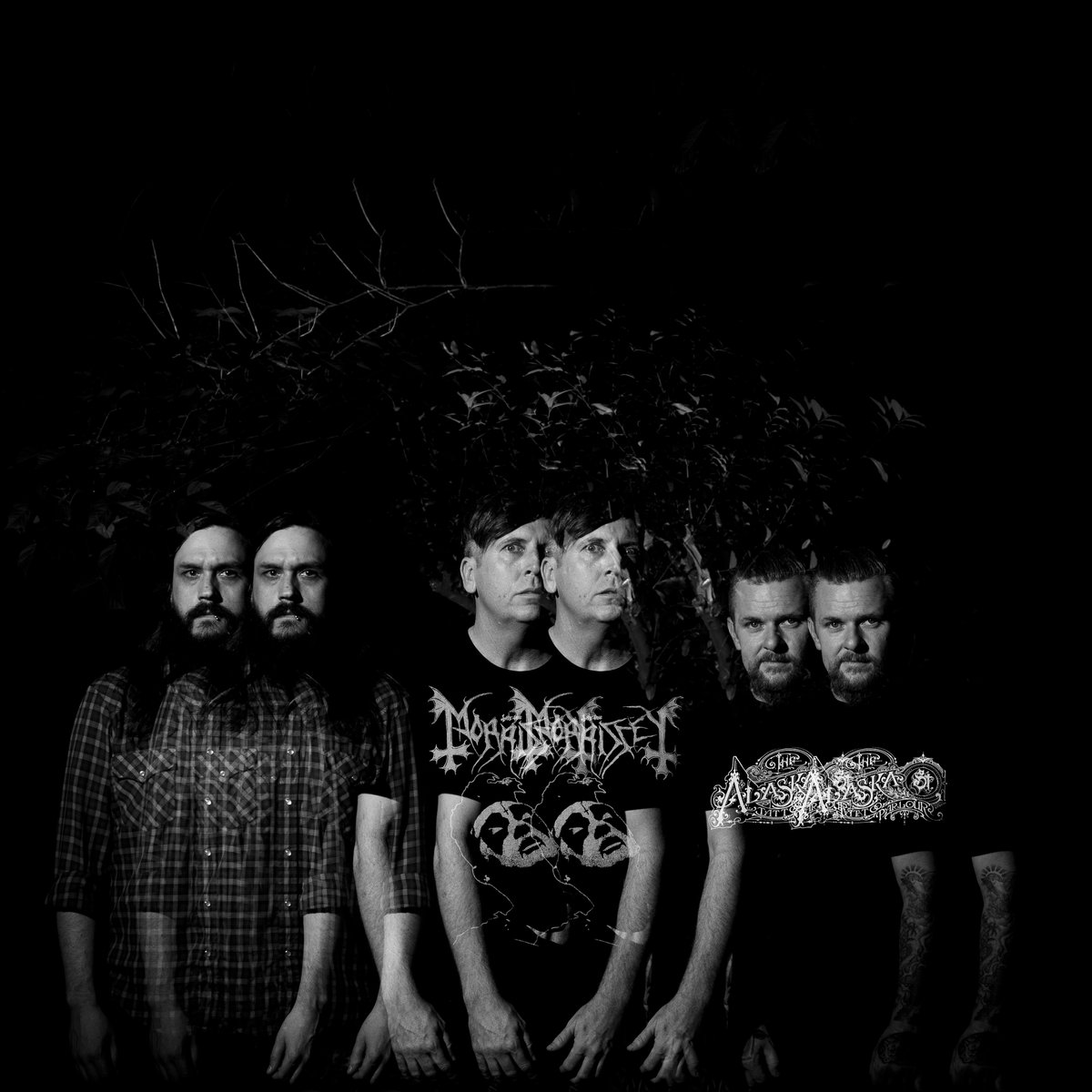 “No you can’t come inside / We built these walls so we could hide.”

You’re not ready for this. In fact, you were never ready at all. This is beyond your comprehension. WHORES. (as they like to stylise their name) are forcing you slowly into a mincer, watching as you struggle, scream and cry out in pain as the mechanism slowly devours you, pulping your body into unrecognisable strands of meat. Having released 2 EPs (Ruiner in 2011 and Clean in 2013) Gold is their first slab of new material in 3 years and with a new rhythm section (bassist Casey Maxwell and drummer Donnie Adkinson) alongside guitarist, vocalist and shouty-angry man, Christian Lembach.

If the production on this was some form of mineral, it would be a mudslide; a cruel, filthy, flow that never lets up until everything is submerged in grime. The guitars let off an ear-squealing hiss of disdain throughout the 35 minute running time of Gold, whilst the bass rumbles and belches thick, slabs of mulch and the drumming is a tribal hammering of bloodied determination. That’s not forgetting the vocals – Lembach’s voice has twisted into an even more feral and snapping animal, channelling moments of Jacob Bannon’s inhuman-screech alongside weird dinosaur-like yelps and the sound of a man equally having fun and annihilating everything around him at the same time.

Gold launches itself from a huge stack of speakers with the grumbling bass of Playing Poor, which doesn’t have time to get out of the way of the drum rolls before it’s completely flattened under a bombardment of punishing speed-noise-punk. It’s a slaughter; imagine METZ attacking their instruments with power tools – savage, utterly savage, teeth-baring horror; “DEAD INSIDE! DEAD INSIDE!” screams Lembach, before they launch back into that breakneck attack straight for the jugular. No letting up though, not for a moment – as there’s a real Down I Go-vibe to the lurching-riff machine of the next track, Baby Teeth; as it thumps and grinds with a similar undertone of groove-laden math-metal and is devastatingly heavy.

There’s a brief moment where light seeps through the grime on the chewy Mental Illness as a Mating Ritual – it’s blink and you’ll miss it and sounds like another song has worked its way in on the action, only to be tuned out again for that crackling bass-fuzz that doesn’t let up, continuing on the course of a hip-shaking groove of searing damage. The one-two punch of the volatile, guitar-strangulation of Ghost Trash and percussion bombardment and see-saw riffs of Charlie Chaplin Routine add yet more meat to Gold’s impressively gristly attack and both drip with venom and spite.

“A cul-dec-sac is a fancy name/for a dead-end street/it’s insane” is screamed, on the scene-baiting noise-punk of I See You Are Also Wearing A Black T-shirt, a track, that surely has to be one of, if not the best 2 minutes and 40 seconds of raw, brutally honest and driving slabs of frenzied energy to have emerged from this miserable year. Spin your guitar around your head, crowdsurf on top of a bus, get fucking wrecked son. There’s a real Melvins-feel on the cathartic rush of grunge-sludge of Bloody Like The Day You Were Born; the buzzing hum of the bass, the vein-popping screams, the hard-as-fuck precision drumming – caustic to the core.

“Let’s see how low I can go/I’m gonna sink this ship down, down, down!!!!” roars Lembach, his throat bloody tatters on the closing track, I Have A Prepared Statement. Sounding similar to being given the last rites, this morbid and furious closer is the final curtain and the nail in your coffin. But the coffin is soaked in gasoline and has been set on fire and WHORES. are playing their guitars on top of it.

You might be thinking, “god, this sounds depressing” – far from it; WHORES. lace their morbid grime with the kind of buzzsaw riffs, punishing speed, thrashing lunacy and cutting, tongue-in-cheek lyrics to get the blood pumping. With Gold, WHORES. are the ugly shape of noise rock to come. This crucial and incredible debut hits harder, faster and heavier than anything I’ve heard all year from what you would classify as belonging in the metal spectrum. Let’s join them in destruction.