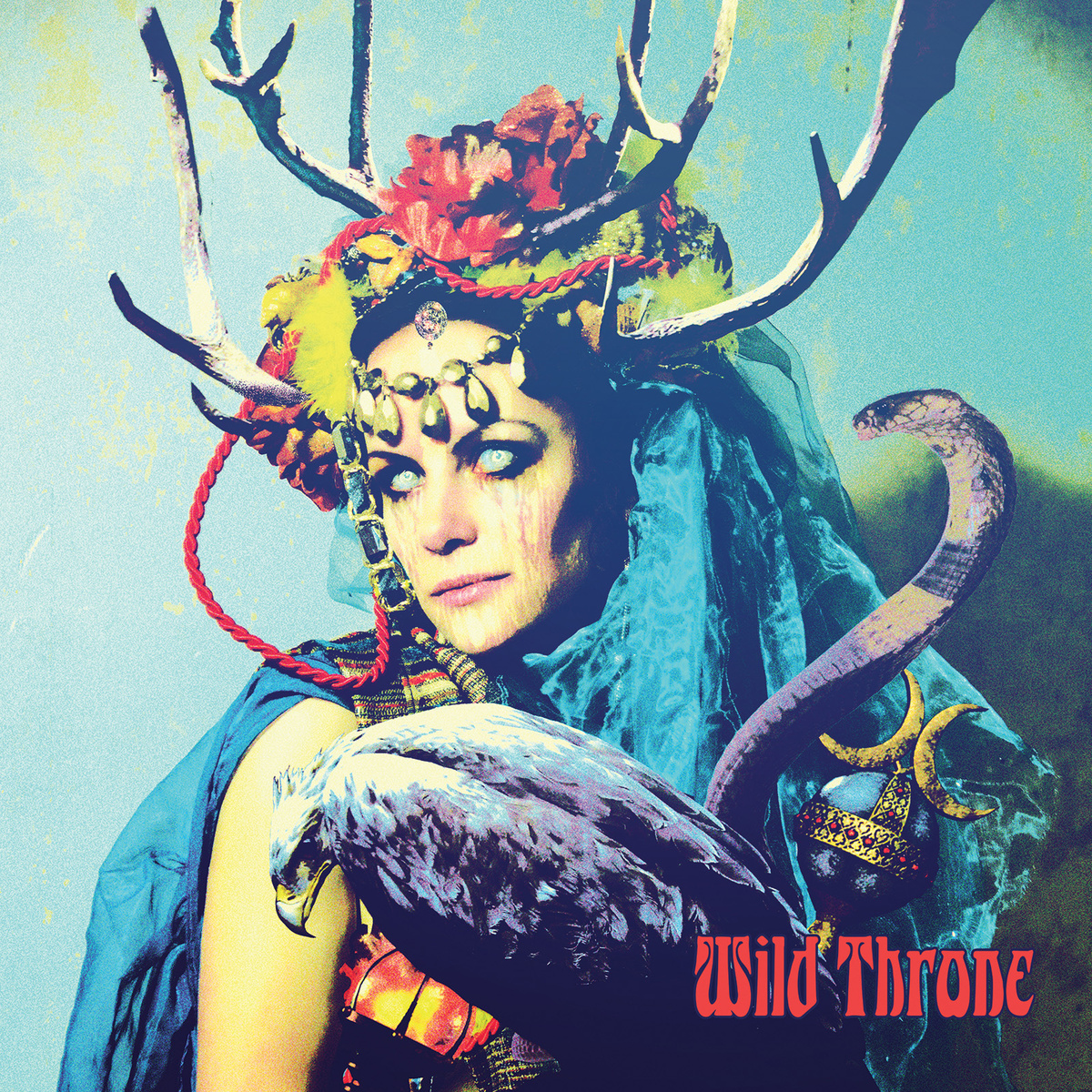 Hailing from Bellingham, Wild Throne are vibrant, technicoloured chaos. This chaos though, has for the most part, some structure – it doesn’t feel totally thuggish, smashing things for the sake of smashing them; there’s determination, relentless pace and twists and turns at every chord, every drum beat and every sung/screamed/whispered word. Wild Throne don’t make it easy for the listener – there’s a lot and I mean A LOT going on throughout these three songs and it’s an exciting, exhilarating ride.

“There’s a place beyond the moon…an island, in an ocean of light….” coos vocalist Josh Holland, wrong-footing the listener immediately with such a passive opening. This is soon burst apart in a flourish of pounding, lavish drum rolls, huge, crunching guitars and serrated, seething chords, that seem to ravage and tear at each-other in a bid to reach the next, twisting verse. The aptly named The Wrecking Ball Unchained is just that and Wild Throne make sure the swinging, demolishing destruction of this 6 minute epic is completely demented and ever-changing. Shifting from blister-inducing Dillinger Escape Plan-style math-rock walls of sound, to spiralling prog-rock, Holland’s impressive vocal range (one minute he’s whispering sweet nothings, the next it sounds like he’s just chewed the head off a lizard and is gargling its blood); it’s an utterly howling, sporadic journey through the musical vortex.

Wild Throne don’t make it easy for the listener – there’s a lot and I mean A LOT going on throughout these three songs and it’s an exciting, exhilarating ride..

Chances are Shadow Deserts is going to be your favourite song this year. Seriously, this takes what The Wrecking Ball Unchained did and starts running and doesn’t stop – ever. The opening barrage of mangled, flailing limbs and instruments is frankly, fucking mind-blowing – think Protest The Hero, but heavier, dirtier and a lot more feral, playing at an unhealthy, body-damaging speed. Vocalist Holland switches from tortured screams of writhing anguish, to ethereal mumbles and the melodrama of Wes Eisold for good measure throughout this rainbow-road of high-speed dementia. Credit to Noah Burns and his INSANE drumming on this, which is exhausting, furious and like a thousand relentless hammer-blows of maniacal power. If your not sold on the bending, prog-rock breakdown around the 3-minute mark or Holland’s unearthly scream of “GO!” then the finger-bleeding guitar soloing soon after will have you reaching for that imaginary six-string without a second thought.

The title track rounds off Blood Maker nicely – part-noise rock intricacies, part progressive rock squeals, it doesn’t feel as immediate as the two blistering tracks that preceded it, but Holland tears through the scenery, with his large-ham range beautifully, “YOU’RE BREAKING MY HHHEEAAAAARRRRRTTTTTTT” he half croons-half bellows, like William Shatner screaming about a gremlin on a plane. The stop-start dynamics, swirling, shifts from harsh thrash-metal to the destructive erratic rush of At The Drive-In and the walls of fuzzing, shoe-gaze guitars are all laid bare on Blood Maker, with such vivid and electrifying dynamism.

Wild Throne are for the person who can’t sit still. This is attention-deficit disorder progressive battle metal, meets technical rock that picks apart the sub-genres and mashes them together to create a delicious and mind-bending trip into the realms of majesty and savagery.

Absorb the rampant swirling portal that is Blood Maker below.