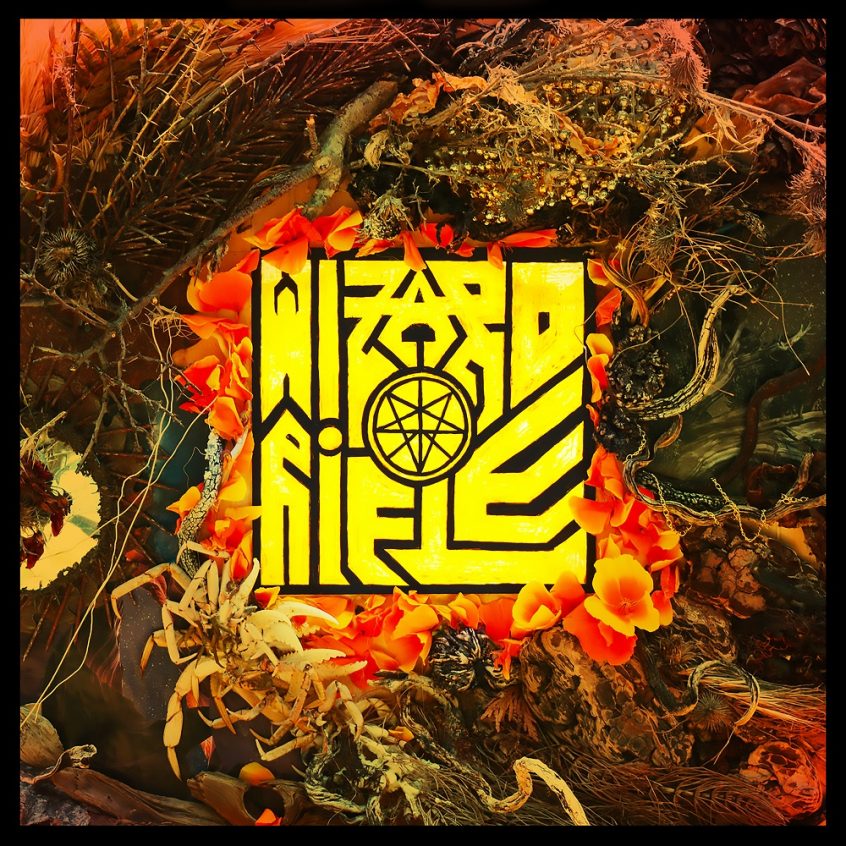 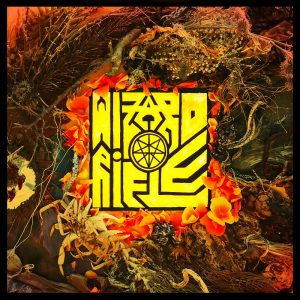 I first discovered Wizard Rifle through the genius and bonkers noise of Frazetta, which falls somewhere between the ramblings of the Melvins fighting Circle Takes The Square, with the sweating energy of a mid-90s noise rock band totally losing their shit. The Stephen King inspired Here In The Deadlights was another righteous jam of solid sounds, and featured a bassist for the first time in the form of David Bow. Now slimmed back down to a two piece, formed of guitarist and vocalist Max Dameron and drummer/vocalist Sam Ford, this self-titled album sees the return of this Portland duo, and it’s as intense, fast and chaotic as ever.

Obvious comparisons to Lightning Bolt will be apparent (who Wizard Rifle have toured with) but musically, they’re so far away from each other, that the only thing in common is the number of band members. Wizard Rifle sit more comfortably in the world of psych-rock, pushing into the realms of sludge, doom metal, punk and even prog in places.

They open with the ambitious 7 minute onslaught of Rocket to Hell, which takes many, many twists, turns through the dimensional portal of Wizard Rifle’s cryptic sound. The dual-vocals of “got a feeling, got a feeling that nobody is going to save us!” is a cult-like chant, dredging up feelings of cloaked figures, a forest shrouded in darkness and ritual sacrifice. The glorious cry of “ROCKET! TO HELL!” acts as a brilliant battle cry and you can tell Dameron and Ford are having an absolute blast playing this crunching cacophony of speed metal, which lurches dangerously into almost noise-rock territories of unhinged bedlam.

The brilliantly doomy Caveman Waltz (complete with handclaps) follows at the heels of Rocket To Hell, albeit less speed (initially) but the same level of punishing sound. “I need more alcohol…. I need another adderall…” chant Dameron and Ford, obviously referring the hyper-tension of their mutated sound, which again, reaches overdrive status around the halfway point and gives heavy nods to the cruising and crushing speed of High On Fire at their most goofy and acidic. The descending spiraling riffs near the end and cries of “NO! NO! NO!” only elevate nervousness and trepidation of Wizard Rifle’s skewed noise.

The throaty vocals of the beginning of Beneath The Spider are akin to Big Business‘s Jared Warren in their harsh, guttural tone and sound so majestically anthemic and pompous it adds a sense of grandeur to Wizard Rifle’s eclectic sound. This is the track to crush beer cans into your head on; monolithic stoner-rock riffs see-saw their way into your brain, whilst the off-kilter, punk rock drum patterns are a scatter-gun of manic discordance. There’s a distinct bomb-string Torche influence in the closing minute, which is thunderously heavy, operatic and menacing. Funeral of the Sun is the blazing conflagration of Wizard Rifle, it’s a staggering 12 minutes of of spaced-out, prog-metal fantasy, mixing some chilling black-metal death growls and hisses under the surface, before lurching back into this weed-tinged stoner-rock breakdown.

Full credit to Wizard Rifle for embracing battle metal on the aptly titled closing track, V, elements of the more punkish-nature of 3 Inches of Blood shine through alongside the fuzzing guitars and the joyous line, “I am the mountain!” The huge rock ending contains a ridiculously extravagant guitar solo last heard on a Boston record and it’s fucking brilliant and I defy anyone to think otherwise.

There’s a kind of unholy majesty about the songs on offer here – each of these five tracks feels expansive, monstrously heavy and crams so many ideas and twists within its layers, it’s amazing to consider that there’s only 2 individuals laying down this racket. Wizard Rifle lay waste with their apocalyptic and tongue-in-cheek metallic onslaught, bizarre, eccentric and bludgeoning – this is a portal to a fantasy world of joy, wonder and monstrous experimentation.