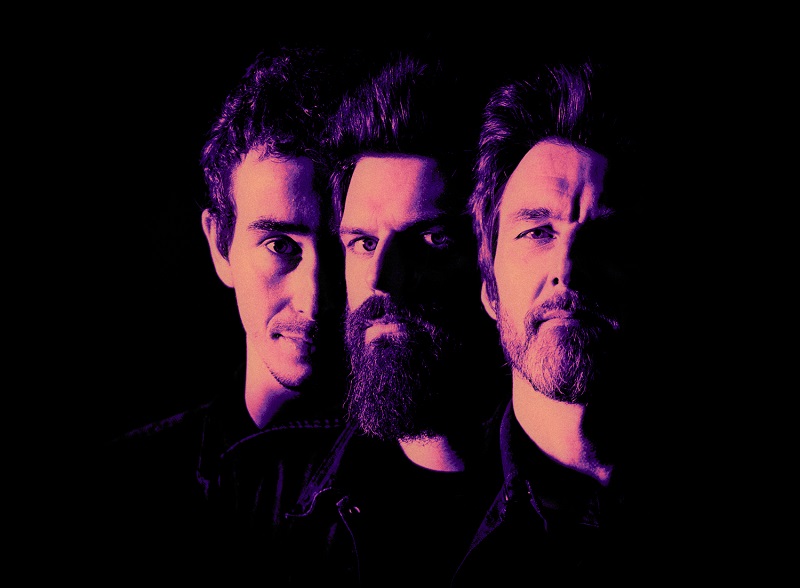 Staring at Yagow‘s album cover and you still won’t see a sailboat. This is less a magic eye and more of the opening of a portal to a new dimension. You see, this space-y trio from Saarbrücken, Germany, are the latest edition to CrazySane’s impressive roster, which is also home to noise-punk duo Closet Disco Queen, the weirdness of PABST and the bruising mutterings of HEADS.

Yagow are a vortex of sound with one goal in mind – absorbing and claiming everything within reach. This is best demonstrated on the mammoth 8 minute opener, Horsehead Nebula; a pulsating beast of hazy, cryptic guitar layers, see-sawing riffs and the kind of sprawling post-rock scuzz of journeying into the centre of a star that’s about to explode. When the drums start to hammer home past the 5 minute mark, the build is staggeringly brilliant and tense – frontman Jan Werner has an almost hypnotic quality to his unique and lost-sounding voice, which flits between our reality and the one Yagow are trying to escape into.

The opening bars of Snake Charmer glow with a slight Eastern-twang; a crisp and sombre beginning that morphs into this rolling pysch-rock freakout that harnesses the pummeling and spiraling drive of Hookworms, alongside bubbling underwater vocal purrs. There’s an almost ethereal bliss to Snake Charmer – the guitars are a fuzz-enveloped scythe, whilst the churning and relentless drum beats, coupled with Jan Werner’s mesmeric and near-incomprehensible voice gives this a real lungs-full-of-smoke vibe and is a heady rush of glorious abandonment. This is followed by the dream sludge of Moss and Mint slides out of the speakers, laced with shimmering moments of drone-pop and a kaleidoscopic twist of fizzing and popping feedback. The oddly titled Time To Get Rid Of It, which sounds like some sinister evil-overlord command; is a slow-burn of desert-noise that is so laid back, it’s practically horizontal. It’s the chanting around the 3 minute mark that really sets this apart though – Werner’s echoing drone is cloaked in a spiral wave of electronic bleeping, which twists beneath his unintelligible mutterings.

The vibrant blast of prog-rock experimentation on Non-Contractual, is a crazy jaunt into the unknown, thanks to to the off-kilter drumming and heavy, Zeppelin-esque stoned-wash of noise. It’s the closing minutes though that show the depth and vastness of Yagow’s sound and instrumentation to create this drug-addled space-rock sprawl. Closing track, Nude On The Moon Dance ties everything together with its flamboyant romp of psych-rock forming into a turbulent maelstrom of clambering guitars a tribal drum patterns.

A mesmeric and meaty slab of complex and intriguing sounds – Yagow fire up the tractor beam and drag you in with their swampy, space-rock craftsmanship. Fans of Hookworms, Sleep and Truckfighters (when they get really, really baked) should give this a blast, you won’t be disappointed – more relaxed as hell.

You can pre-order Yagow’s self titled album from the CrazySane shop.

Listen to Snake Charmer below.